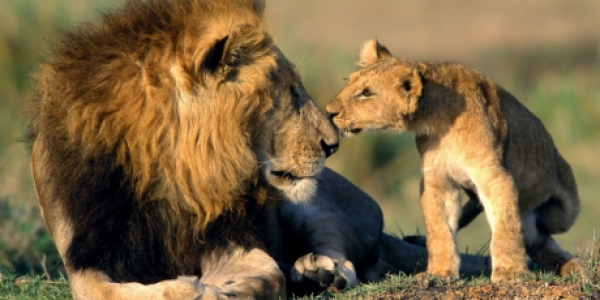 According to global civic organization Avaaz, Hundreds of South African lions are being slaughtered to make bogus sex potions for men in Asia. But a global public campaign can stop this cruel trade by hitting the government where it hurts – the tourism industry.

A ban on tiger bone sales has traders hunting a new prize – the majestic lions. Lions are farmed under appalling conditions for “canned hunting”, where rich tourists pay thousands to shoot them through fences. Now experts say lion bones from these killing farms are being exported to phony ‘medicine’ makers in Asia for record profits. Trade is exploding and experts fear that as prices rise, even wild lions – with only 20,000 left in Africa – will come under poaching attack.

If we join with people across the world and show President Zuma that this brutal trade is hurting South Africa’s image as a tourist destination, he could ban and punish the trade in lion bones. Avaaz is taking out strong ads in airports, tourism websites and magazines, but they urgently need 1 million petition signers to give the ads their force. Sign here and pass on the link to your friends to help build their numbers.

‘Tiger bone wine’ and other tiger-part medicines were banned after massive international outrage – now traders have shifted their attention to lions’ bones to make all kinds of bogus remedies. Experts say that unless governments act now, lions could be the next in line – after tigers and rhinos – to face extinction.

There is a solution: banning and punishing the trade of lion bones and organs. South Africa is currently the largest exporter of lion trophies, bones and organs – it is also the only African country actively breeding lions in large numbers to supply trophy hunting. But if we can show that allowing this senseless trade can hurt South Africa’s booming tourism industry and make visitors flee, President Zuma could be forced to act.

Avaaz members across the world have come together to demand strong protection for elephants and rhinos, save the world’s bees from poisonous pesticides and achieve huge marine reserves in Chagos and Australia to safeguard vulnerable marine species. It’s time to come together once again and stand up for Africa’s lions.