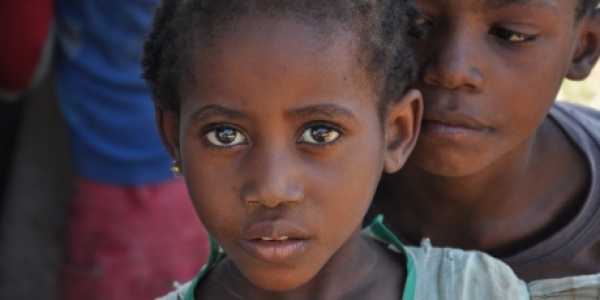 Kaia* was eleven years old when she was assaulted and raped on the way to school. A teacher took her to the hospital, but the police demanded bribes for even taking down a statement.

So Kaia did something incredibly brave. She sued the police for failing to protect her. What’s even more incredible is what happened next.

In Kenya where Kaia lives, a woman or girl is raped every 30 minutes. Police there routinely turn a blind eye, further isolating terrified young survivors and reinforcing the notion that rape is ok.

Kaia and ten other young survivors challenged that. On the day of the case, ignoring threats to their safety and a blockade from court security, they marched from their shelter to the courthouse, chanting “Haki yangu” — Kiswahili for “I demand my rights.” And then the judge issued his ruling: The girls had won!

The amazing advocates and human rights lawyers that worked with Kaia are ready to bring similar lawsuits against police forces across Africa and beyond, but they need funding to do it. We won’t process pledges until we reach our goal, but if just 30,000 of us pledge just R50 now, we can repeat this game-changing victory in other countries, remind police that rape is a crime, and take a powerful step forward against the global war on women.

When Kaia’s story began, she looked set to become just another of the countless victims of child rape ignored by the police. But Kenyan child rights advocate Mercy Chidi and Canadian human rights lawyer Fiona Sampson joined forces to challenge this injustice in the courts.

The plan was hatched in Kenya by a group of colleagues from Canada, Kenya, Malawi and Ghana – it seemed like a long shot to sue the police force for failing to act, but they stuck with it and took risks… and made legal history. The work has just begun: like any win, it takes time, effort and money to make sure the ruling sticks, and to use it as a springboard to wipe out violence against women.

If we raise enough, here’s how we could turn a huge victory for Kenya into a win for countries across Africa and even the rest of the world:

Pledge just R50 now to help start this important work right away – we won’t process any contributions until we hit our goal of 30,000 donors to launch this major initiative:

As citizens, we often appeal to political leaders and other officials to get serious about protecting women’s rights. It’s important to keep doing that, but when they fail to hear their consciences, we need to appeal to their interests, and take them to court. That sends a powerful message: not only that there are new consequences for their crimes, but that the era of unchallenged misogyny in the culture of our societies is coming to end.

* Kaia is a pseudonym, but her story is real. She is not pictured here.