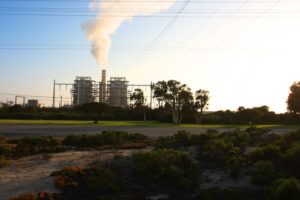 Humanity has 12 years to dramatically rein in carbon emissions to prevent the worst effects of climate change, as outlined by the Intergovernmental Panel on Climate Change’s (IPCC) sobering report last year.

But the real climate deadline is just 18 months from now.

That is the assessment made by a number of climate scientists and world leaders, who point to 2020 as the year that major policy changes are needed to bring in much deeper carbon cuts.

At the current emissions trajectory—which saw a new record for carbon-dioxide discharge made in 2018—global temperatures are set to increase by 3 degrees Celsius by 2100. This will mean a catastrophic increase in sea level, extreme weather, floods, drought, and crop failure, with Southeast Asia expected to be the hardest hit by the effects of climate change.

The Prince of Wales, the United Kingdom’s second in line to the throne, said at a reception for Commonwealth Foreign Ministers earlier this month, that the next 18 months would “decide our ability to keep climate change to survivable levels and to restore nature to the equilibrium we need for our survival.”