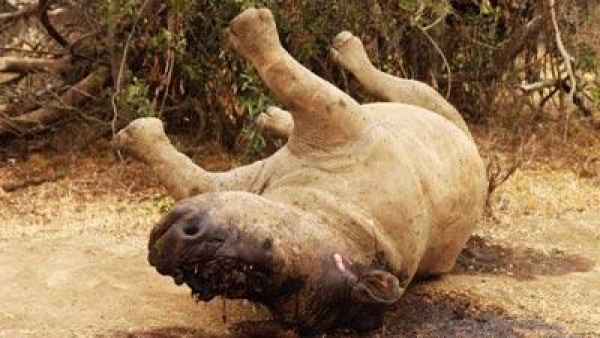 The owner of the farm where two white rhinos were poached yesterday in Brits in the North West, says he has lost eight rhino this year alone. Neels van Rensburg who had 45 rhinos says he has now decided to quit the rhino farming business and plans to auction what’s left of the animals on Saturday.

‘I have been farming with rhinos since 1988 but I am going to sell them all now. It seems as if politicians and conservationists are now fighting about something politicians know nothing about and that will be the end of the rhino population in South Africa,’ Van Rensburg said in August, after discovering a dehorned dead pregnant rhino near his farm, and a six month old baby rhino shortly afterwards.

Van Rensburg says he will continue with cattle and ostrich farming at his farm, Buffelsdrive. The killing of the two rhinos at Buffelsdraai farm has increased the number of poached rhinos in the province to 16.

Van Rensburg has confirmed that the rhinos were dehorned. He says some people heard three gunshots whilst fishing in the area last night, but could not locate the scene as the farm is big.

He says he suspects the poachers entered the farm on foot as there was no trace of any trespassing. No arrests have been made and police are investigating.

According to the latest figures released by the World Wildlife Fund more than 300 rhinos have been killed for their horns in SA this year.