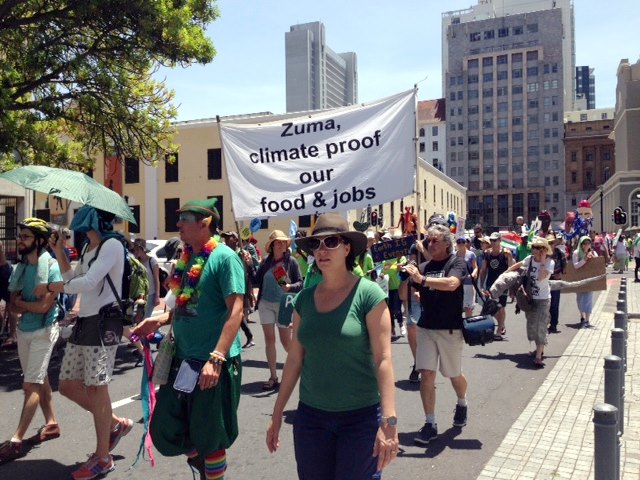 This weekend there was solidarity across the planet, when 2000 Climate Marches took place in preparation for the Paris climate conference, COP 21 happening this week. There heads of states get to decide about our future and the role out of the most important story of our time: Our planet in peril.

Tomorrow starts a series of important meetings in Paris.

Will there be serious, far-reaching, binding agreements that can radically turn this ship around from its destructive path? Sadly, civil society is not very hopeful. If the past is the best predictor of the future, then we will remain in trouble. And will need to intensify our work – hopefully more of you will join and add your energy and skills.

All the world governments have submitted their intentions to lower their contributions towards climate change gasses, called their INDCs. And if everyone holds their promises, then this planet will have to deal with more than 2 degrees increase in global average temperature. Guaranteed. Some might think that is OK. Not so for the world, much less so for Africa. Here you have to double the global average, so we have to prepare for over 4 degrees up. What would that look like? 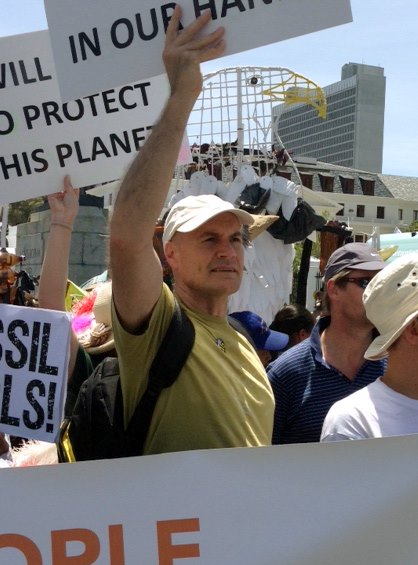 The World Bank recently published research warning that the planet is charging towards a 4 degree increase by the end of the century. Turn the clock back for Africa, as for us it is much, much sooner. Around 2050 or even 2030. Right now it’s our best case scenario.

From the report, called Turn down the Heat by Potsdam Institute for Climate Impact Research (PIK) and Climate Analytics:

“A 4 degree warmer world can, and must be, avoided – we need to hold warming below 2 degrees,” said World Bank Group President Jim Yong Kim. “Lack of action on climate change threatens to make the world our children inherit a completely different world than we are living in today. Climate change is one of the single biggest challenges facing development, and we need to assume the moral responsibility to take action on behalf of future generations, especially the poorest.” 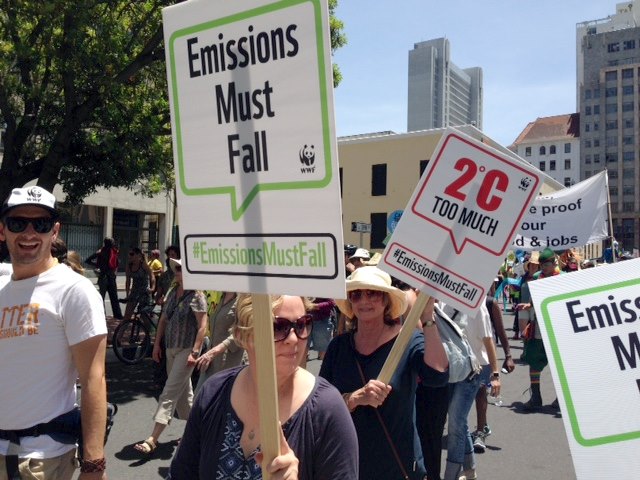 The report says that the 4°C scenarios are potentially devastating:

In South Africa we are experiencing the consequences of the heating already. This week even the Cape Province was declared a disaster area due to the drought. So 7 out of 9 provinces in trouble. This leads to fires, which always go hand in hand with droughts. Soaring food prices – basics like wheat and maize, which leads to chickens, eggs, beef – most foods depend on basics in this country. Is this sufficient for our much distracted citizens to focus on this important issue? 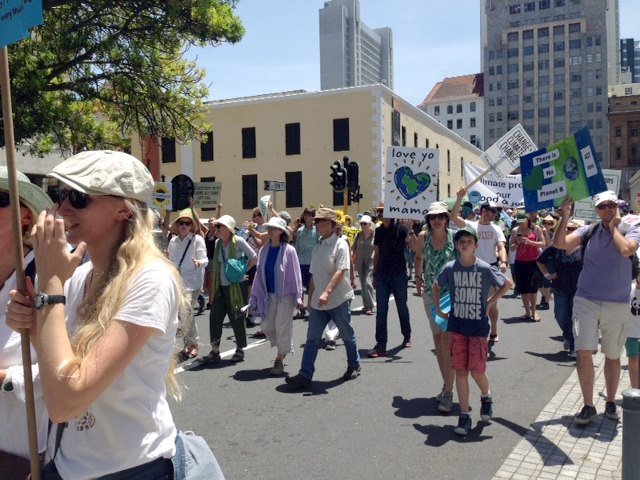 Some might feel cushioned against such calamities as they turn up the air-conditioner, prepare for a lavishly consumerist Christmas, and simply up extensive food budgets. Not so for those with more humble footprints – those who don’t enjoy 3 to 6 planet lifestyles. Where is the justice in that? Even the middle class is feeling the pinch already. Jobs are lost, crime increases. Connect the dots.

“We need a global response equal to the scale of the climate problem, a response that puts us on a new path of climate smart development and shared prosperity. But time is very short,” says President Kim.

In Cape Town over 1,500 marchers from all colours of our rainbow nation gathered at CPUT and listened to passionate environmental activists Peter Johnston from UCT, Nick King and David Le Page from Fossil Free SA, Thembeka Mjali and Mpumeleo Mhlalisi. There were performances by Wendy Oldfield with Lionel Bastos backing her love songs to the earth.  Andile read his own poem, appealing to us to remember the earth. 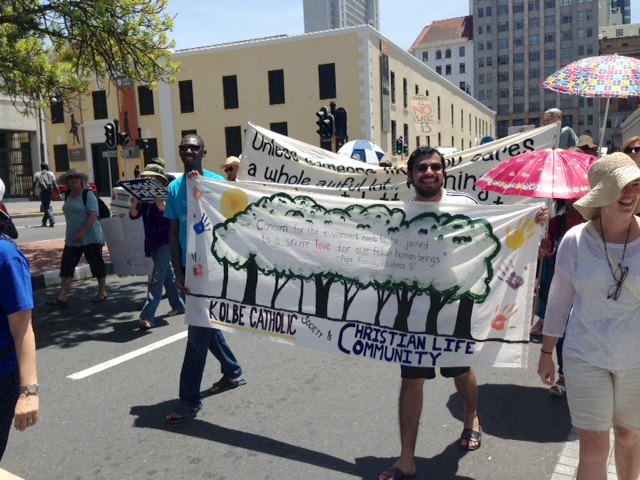 Prayers from all faiths were done, before we set off towards Parliament. Drummers and cyclists lead the way and there was much singing and chanting. Oom Louis Botha on his horse witnessed a memorandum being handed over to the a representative of the mayor, provincial premier and energy minister, endorsed by the COP 21 Climate Action NGO Alliance. This included AIDC, Avaaz, Project 90×2030, 350.org, SAFCEI, WESSA, Biomimicry SA, UCT’s Green Campus Initiative, WWF, Green Times, African Monitor and UNASA.

Sadly none of them pitched, but there were speeches on their behalf by mock parliamentarians with puppet faces. Lance Greyling from the Mayor’s office received the memorandum. He assured us of action towards clean energy in Cape Town. 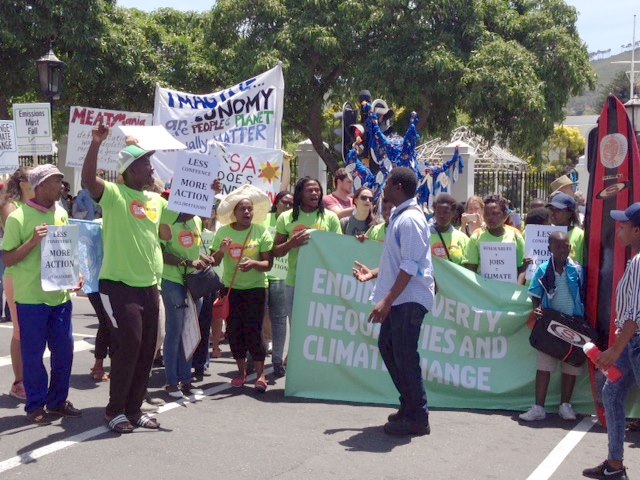 Some of the key points in the documents being handed over are: