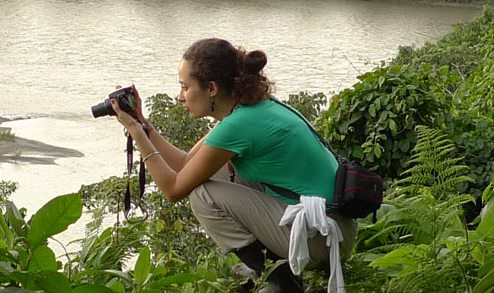 The South African Breweries (SAB) has opened entries into the Annual SAB Environmental Media Awards and Environmentalist of the Year 2017.

Now in its 29th year, the Awards were started by the late conservationist Dr. Ian Player. They aim to recognise members of the media who have excelled in reporting on environmental matters in video, audio, written media and photography over the past year.

Over the years, SAB has been committed to keeping these awards in line with best global practice, listening in earnest to the feedback received from the environment media in South Africa at large and ensuring the awards are reflective of both the local and global media landscape.

“As a company we believe it’s important to promote and recognise excellence in environmental reporting. We believe the media have an important role to play as society attempts to find a balance between progress and securing a thriving and prosperous world for future generations,” says Robyn Chalmers, Director Communications, AB InBev Africa and SAB.

The categories for the awards are as follows:

The photographer who has consistently produced excellent photographic work over the course of the year either in print or online.

The winner is the journalist who the judges feel has made the largest contribution to environmental journalism over the past year in video media such as television.

The winner is the person who has made the biggest contribution to the field of environmental journalism over the past year in audio media such as radio and podcasts.

These are for environmental journalists with less than two years’ experience in the industry.

Nick Steele Memorial Award for the Environmentalist of the Year.

This award acknowledges individuals who have gone above and beyond to look after the environment.

All Main category winners will receive a cash prize of R25,000 while merit winners each receive R3,000. The winner of the Magqubu Ntombela and Ian Player Cub Award will receive R15,000 prize money. The Nick Steele Memorial Award winner will receive R25,000.

“Over the years, these awards have served as a window into the state of the environment in South Africa and we look forward to seeing, hearing and reading this year’s entries,” says Chalmers.

All entries will be judged in the original language in which they were published or broadcast, where appropriate.

Entrants should submit work produced between 1st September 2016 and 31st August 2017 through the official website. This is also where members of the media and the public can select their nominee for the Environmentalist of the Year.