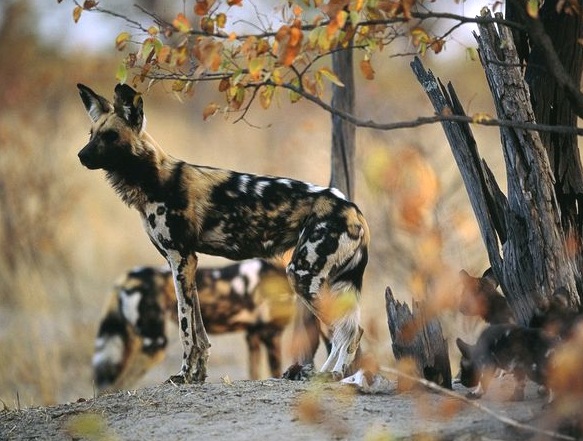 Three of the only 450 wild dogs Lycaon pictus left in our country were run over by a vehicle and one was shot also on the Beauty gravel road between Vaalwater and Ellisras recently. They were from a critically important group in a species that’s on the verge of extinction.

“The Wild Dogs were already in an advanced state of decomposition… Oscar Mandlmeier, a registered medic and farmer in the area, and I retrieved genetic sampling kits from the nearby Welgevonden Nature Reserve and carried out an autopsy of the animals to determine the cause of death,” said van der Merwe.

The autopsy results showed that the Wild Dogs were run over by a vehicle and that one of the three dogs was also shot in addition to being run over. It is a strong possibility that these animals were deliberately killed.

African Wild Dogs are protected in terms of the National Environmental Management: Biodiversity Act (Act 10 of 2004) and the Threatened or Protected Species Regulations of 2007 (ToPS). They are categorised as an Endangered Species (EN) – Indigenous species facing a high risk of extinction in the wild in the near future.

One of the last places with Wild Dogs

The activities of hunting or killing ToPS listed species require a permit from the relevant conservation authority, and where no permits have been issued for such activities, it is deemed a crime.

Limpopo is one of the last remaining provinces in South Africa that still has free roaming Wild Dogs. This means that they were not reintroduced and did not escape from any fenced reserves, but rather they occur naturally outside of fenced reserves.

Genetic testing conducted on this group of Wild Dogs has demonstrated that they are genetically distinct from the Wild Dogs in the Kruger National Park and in other smaller reserves in South Africa. This makes this group of dogs critically important in a species that is on the verge of extinction.

Because Wild Dogs occupy such vast ranges (each pack can range over more than 2,000 km2) it is extremely difficult to determine the population dynamics of Wild Dogs in the Waterberg. However, recent estimates put their numbers at between 15 and 30 Wild Dogs left in the area.

Conflict between carnivores and farmers over the killing of game is a reality in the Waterberg but many farmers have chosen to implement conflict mitigation measures in partnership with the EWT such as the use of Livestock Guarding Dogs. Unfortunately, the three animals killed this week are proof that negative attitudes towards these carnivores persist.

We are asking you as the public to help us to save these canines wherever there is the potential for persecution and violence. If you know or hear about any activity that will bring harm to Wild Dogs, or can shed light on who is responsible for the death of these dogs, please contact Derek van der Merwe at derekv@ewt.org.za.

Sightings of Wild Dogs and photographs of these sightings are particularly useful so please send these to Grant Beverly at grantb@ewt.org.za. For further information about Wild Dogs and conflict mitigation measures that benefit farmers and carnivores please contact Derek on derekv@ewt.org.za.