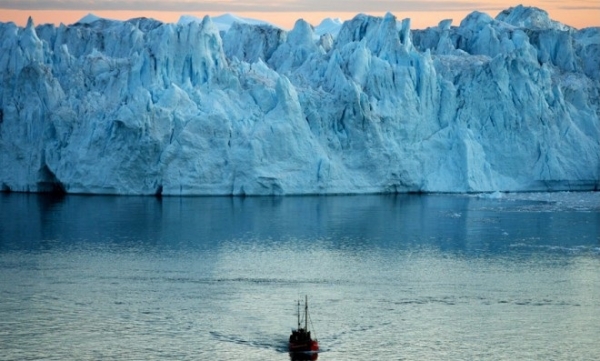 Though the report has yet to be finalized, details gleaned from leaked copies of the draft indicate it will offer the most dire warnings yet about the threats posed by climate change.

The biggest headline from the report is that scientists are now more convinced than ever that humans are causing climate change. In a shot to climate change deniers, the report says that not only is the phenomenon real, but that there is a 95 percent certainty human activity is driving it.

That level of confidence is up five percentage points from just six years ago, when the last IPCC report said it was 90 percent certain humans are causing global warming. And it’s a significant uptick from what scientists estimated in 2001 (66 percent) and in 1995 (50 percent). The biggest culprit: The burning of fossil fuels, which the report says has caused global temperatures to spike considerably since 1950.

In a warning about one of the most worrisome effects of global warming, the draft report says sea levels could rise by more than three feet this century. The report says that rising temperatures have already “melted snow and ice, raised global mean sea level, and changed some climate extremes,” and that the problem could be far worse than previously believed. Six years ago, the last report predicted sea levels would rise by, at worst, about 23 inches, or less than two feet, in that same time period.

Though greenhouse gas emissions continue to shatter previous record highs, the IPCC report confirms a counterintuitive trend: The rate of global temperature increases is actually slowing. While temperatures are still climbing, they have been doing so at a slower pace since about 1998, the report says. Previous research has suggested that this is the case, lending fuel to climate change skeptics who cite it as a proof that the crisis is overblown.

The reasons behind the slowdown are unclear. The report cites several possibilities with “medium confidence,” such as an increase in volcanic ash lingering in the atmosphere, changes in the sun’s solar cycle, and a theory that oceans are now absorbing more energy in the past. In July, British scientists said they had determined oceans were sucking up more heat as absorbed warmth slowly trickled down to deeper water. Newly melted arctic ice, they added, could also have expanded the overall pool of water, in effect creating more liquid to pull heat that would have otherwise had a direct impact on air temperatures.

Even if the world were to somehow immediately halt all greenhouse gas emissions, the report says warming would continue for “many centuries.” That’s because an estimated 20 percent of carbon dioxide already in the atmosphere will remain there for the next millennium. As a result, the report says that a “large fraction” of climate change is thus “irreversible on a human time scale.”

In concrete terms, the report adds that there is a “high risk” global temperatures will rise by more than two degrees Celsius (3.6 degrees Fahrenheit) this century. Scientists have in the past cited the two degree figure as a potentially critical threshold beyond which delicate ecosystems could break down, and the planet could suffer massive, irreversible damage.