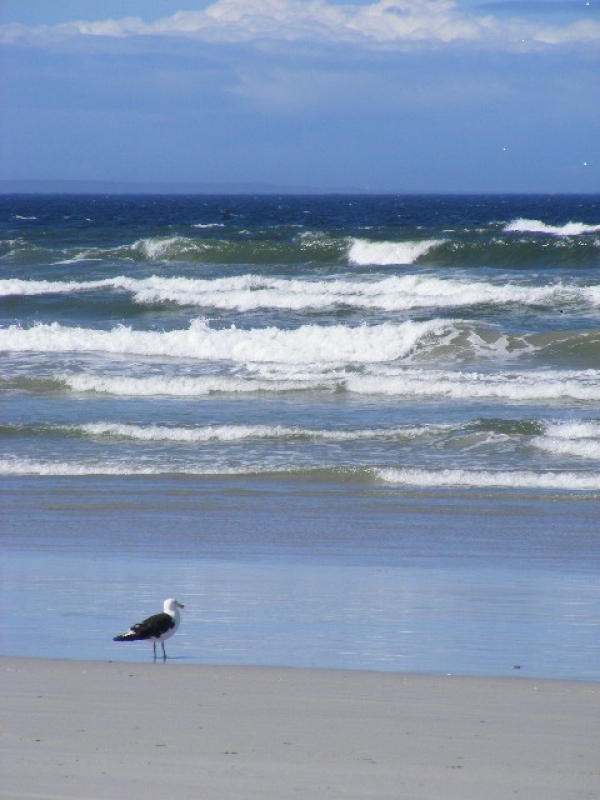 The Wildlife and Environment Society of South Africa (WESSA) marked National Marine Week recently by celebrating the national launch of this year’s Blue Flag Programme at Ramsgate Beach in KZN, hosted by the Hibiscus Coast Municipality. Blue Flag is the prestigious, voluntary eco-label for beaches, marinas and boats that is recognised as a trusted symbol of quality and regarded by the World Tourism Organisation as the most well-known eco-label globally.

The Blue Flag Programme has been running internationally for 27 years this year and has been implemented in South Africa through WESSA since 2001. The programme is designed to raise environmental awareness and increase sound environmental practices among tourists, local populations and beach management. To achieve Blue Flag status, 33 main criteria spanning over four aspects of coastal management have to be met: water quality, environmental education and information, environmental management and safety and services.

WESSA’s Blue Flag Programme has grown significantly over the past two and a half years, with a 50% growth in the number of Blue Flag Sites over the past two years. The Programme is now, more than ever before, in line with the International Blue Flag trend with an increasing focus on environmental education and the conservation of biodiversity. This is reflected in the fact that Marine Protected Areas (MPA’s) are now represented within the International Standards of the Programme, and South Africa has as many as 25 Blue Flag Sites that are in or near MPA’s.

Speaking at the launch event the Minister of Tourism, Martinus van Schalkwyk, gave his full support – and that of the government – for the Blue Flag Programme saying that government believes in the programme and in the partnership that the programme is all about. He spoke about the importance of the interface between government and NGOs as the lifeblood that helps the country move forward; and about the constructive relationship he has always enjoyed with WESSA.

The minister made reference to a big debate throughout the world regarding values and the environment, and said he believed that Blue Flag’s success has been the understanding that in order to protect what is worth protecting we need to realise the economic potential of environmental protection. He commended the Programme for having substance, a proper framework and much detail, saying that Blue Flag status is not achieved easily. He concluded by congratulating and thanking everyone involved with the programme, adding that it will help convince tourists to come to the local areas where Blue Flag sites are, bringing money, job opportunities and infrastructure to the respective local municipalities.

The Blue Flag Programme’s recent surge in growth in South Africa is partly due to the arrival of Blue Flag Marinas, but also due to major commitment from local government which has resulted in new municipalities joining the Programme, and existing municipalities increasing their number of Blue Flag sites.

While WESSA is pleased with this year’s International Jury Results the organisation believes the Programme needs to grow even further to include more coastal municipalities and marinas country-wide. The organisation sees much potential for growth through the Pilot Programme, which acts as an incubation period for potential sites where the site is interested in and committed to the Programme but not yet ready to become a Full Status Site. WESSA also encourages the support of the relevant provincial authorities to perpetuate the success of the Programme.

Says Ted Knott, WESSA’s National Coastal Programme Manager: “If we can succeed in having all of our coastal municipalities involved in the Blue Flag Programme and simultaneously ensure that the International Standards of the Programme are maintained, then we can rest assured that our coast is being effectively managed; and marine and coastal biodiversity is being conserved.”