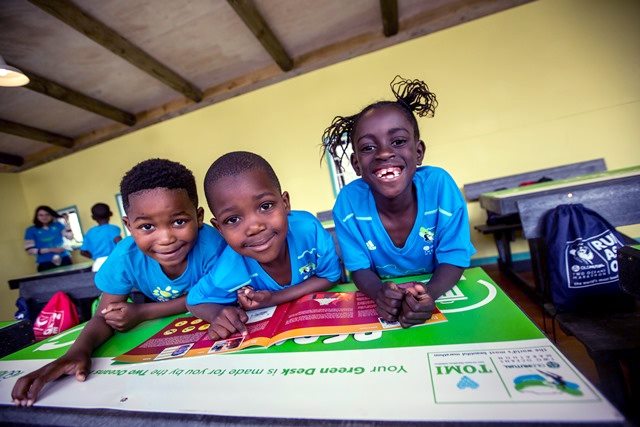 In the Cape Town suburb of Hout Bay today, 45 new desks were delivered to the learners of Ikhaya le Themba in Imizamo Yethu as part of the Old Mutual Two Oceans Marathon #GOGREEN campaign.

Funded by the Two Oceans Marathon Initiative (TOMI), the unique desks were made from non-organic event waste collected during the marathon earlier this year.

Thirty of the donated Green Desks were funded by TOMI, with the remaining 15 coming from funds raised by Two Oceans Marathon runners who participated in 2017 to raise funds for Wildlands. This is just the initial rollout, with more Green Desks on the way. Throughout South Africa, there is a shortage of approximately 300 000 school desks. 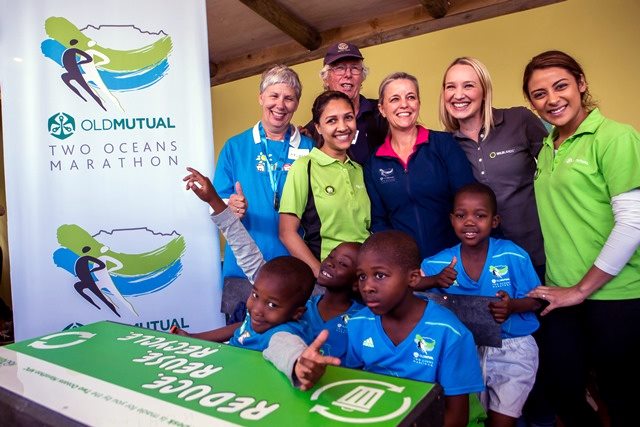 #GOGREEN was developed by Wildlands and is supported by Old Mutual. It aims to provide a practical solution for collecting, recycling and upcycling waste from athletes and spectators at endurance events, while educating them about responsible waste management.

Large troughs, also known as green zones or throw zones, were set up at this year’s Old Mutual Two Oceans Marathon so that runners could throw away their waste without littering on the route.

Through a combination of grinding and extrusion, and then squeezing and densifying the waste material into a mould, planks are produced and used to create school desks. It takes 60kg of previously unrecyclable waste to make a double Green Desk, which means that the manufacture of these 45 desks has diverted a total of 2700kg of waste from landfill, rivers and oceans.v 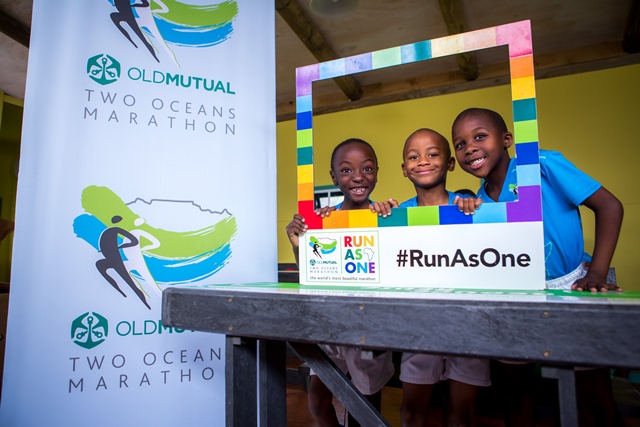 “Being the official beneficiary of the Two Oceans Marathon is a huge honour and we are humbled and grateful,” says Wildlands’ Lauren van Nijkerk.

“Two Oceans has given us the platform to raise public awareness of environmental issues, and helped place them at the forefront of the running fraternity’s agenda. Through this platform we have also been able to leverage funding to support our ‘cleaning and greening’ projects and ultimately uplift communities countrywide.”

Since the first ground-breaking Green Desk was unveiled by Wildlands in June 2016, around 2000 desks have been distributed to schools in need across KwaZulu-Natal, with another 1100 in production. 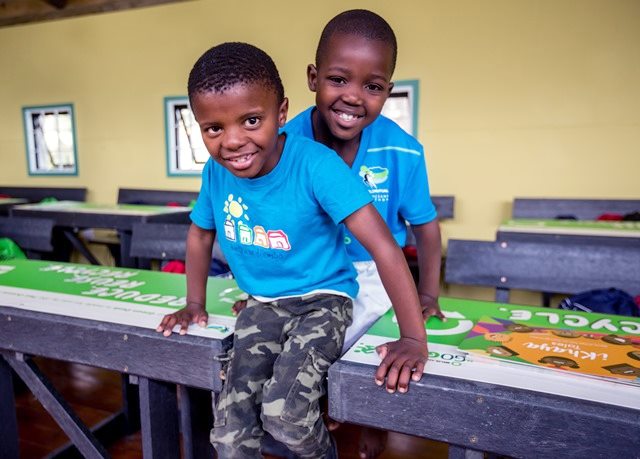 The director of Ikhaya le Themba, Susan Hill, said that the school’s learners, many of whom assist Hout Bay Rotary with marshalling during the Old Mutual Two Oceans Marathon, were very pleased to receive the desks. “It’s a real morale booster,” she said, “and we thank everyone involved with the campaign for this contribution.”

“One of the most rewarding aspects of Old Mutual’s sponsorship of events like the Two Oceans Marathon is that it enables us to collaborate on innovative projects that have both social and environmental benefits,” says Old Mutual’s Chief Marketing Officer Vuyo Lee.

“We were proud to launch the #GOGREEN campaign at the Two Oceans Marathon this year and the end result has been great: new school desks for children, and minimised waste. #GOGREEN has been launched at several other Old Mutual-sponsored events to great success and we look forward to seeing it go from strength to strength.”