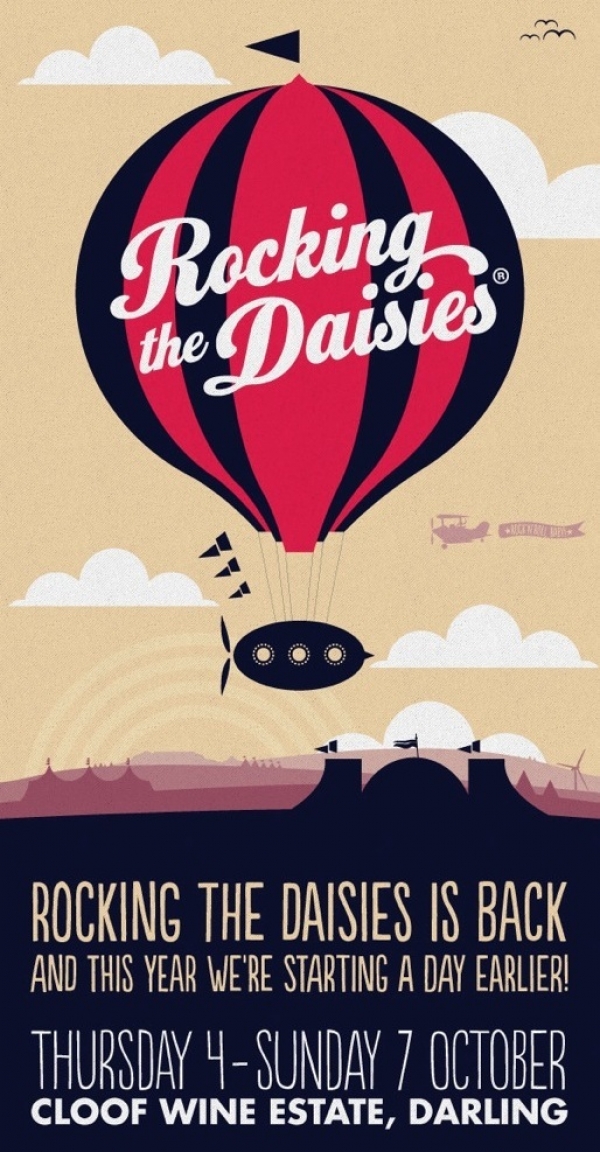 49M Rocking The Daisies, has reached over 21 million South Africans and is rated amongst the most influential campaigners for green lifestyle and culture.

Under the theme of energy efficiency, this year’s festival kick-starts with a build-up Sowing the Seeds concert on 01 September at the Zula Sound Bar in Cape Town and will culminate in the 7th edition of the 49M Rocking The Daisies festival in October.

The partnership is in line with the energy movement’s strategic intent to penetrate South Africa’s young market as the key drivers for social and behavioural change.

Earlier this year, 49M took energy efficiency lifestyle to new heights when it unveiled an energy efficient fashion handbag collection which became an instant attraction to the young market. 49M has also supported other green initiatives such as the Eco gyms, Sustainability Week and the eta Awards.

a commitment to the youth

“The partnership reinforces our commitment to the role of the youth in energy conservation. The 49M Rocking The Daisies is not only known for its rocking sound, but more so for its passion and success in driving eco-friendly initiatives together with their persistent call for a green nation,” said Andrew Eitzinger, 49M spokesperson.

“One of the key drivers for energy efficiency is the enjoyment of outdoor lifestyle, which once embraced by all will make great strides in winning the green war,” he added.

49M Rocking The Daisies has previously won numerous awards for their commitment on initiatives that promote environmental sustainability including the Ecologic Award For Climate Change 2011.