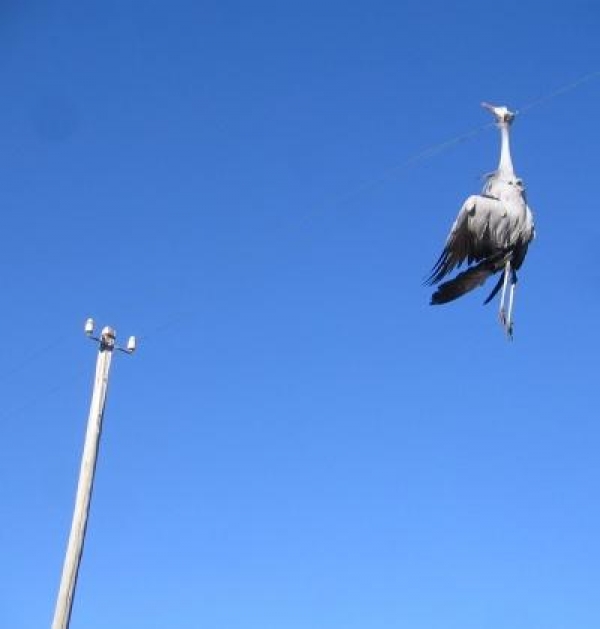 Farmers and farm workers are encouraged to report mortalities of Cranes and show where they occur, so that they can be recorded and some proactive measures can be taken to prevent such incidents in the future (such as marking of power lines with flappers).

In total, 52 mortalities were recorded from January to November 2010 (these can be seen in the table below). These mortalities include collisions with power lines, fence entanglements, collision with phone lines and if the cause could not be identified, it was recorded as unknown.  A Grey Crowned Crane collided with a distribution power line which is included in this list and the remaining 51 incidents are all Blue Cranes.

Eskom has marked the distribution power lines where incidents have occurred and this is done using the flappers that make the lines more visible to the cranes. Other incidents affecting other large birds such as Ludwig’s Bustards have also been reported to Eskom and these are also marked by Eskom, therefore a benefit to cranes that utilise the same habitat.

The information from the farmers and farm workers is always appreciated, as their information  is vital for the understanding of the threats to cranes.

Let’s hope that there won’t be more mortalities recorded in 2010 and that breeding will start soon for most of the cranes.

Table of the mortalities documented in the Karoo in 2010: 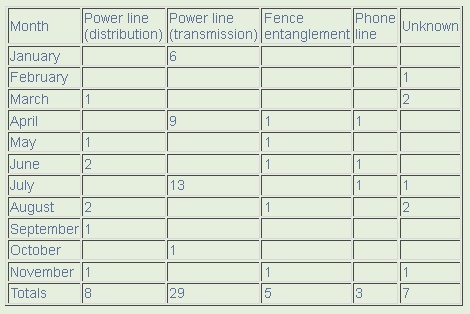 By Bradley Gibbons, Field Officer for the Karoo Crane Conservation Project of the Endangered Wildlife Trust.