The call for people to deliver the 5G Space Appeal to the world’s governments has so far elicited 85 volunteers from 25 countries.

The Appeal now has more than 150,000 signatures. If it is delivered in hard copy, the signatures will take up more than 4,000 pages. The list of scientists alone will take up 100 pages. It will be difficult to ignore. It will force government officials, for the first time in over 120 years, to pay attention to what radio waves are doing to our world. The goal is not simply to hand the Appeal over, but to first secure a date and time for an official meeting, at which all stakeholders will sit down together at the same table and listen to each other.

A terrible thing happened in 1996 and 1997: suddenly, one hundred million human beings began to hold microwave-radiating devices against their brains. Suddenly radio towers began to sprout like mushrooms across the landscapes of half the world, in cities, countrysides, forests, parks, nature preserves. Soon every human being became a source of radiation. Today there are more cell phones than people on this Earth. Today, 40 per cent of the people in America have had cancer or will have cancer. More than half of all adults have abnormal blood sugar. Worldwide, half a billion people have diabetes. Young people, in their twenties and thirties, even teenagers, are having strokes and heart attacks. There is a connection. And people do not want to know. After all these years, they still do not want to know. And we are out of time.

Below are personal stories that describe the damage being done to our planet by radio waves, not just by 5G, which is only a label, but from the intensification of radiation from all sources that is now occurring. 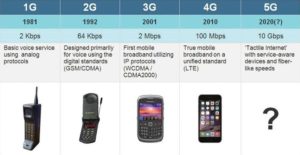 Mercedes Rodriguez describes the devastation in the Netherlands:

“I live in Holland, in a medium-sized town near a canal. Until recently the canal was “infested” with noisy ducks and other water birds, and in our adjacent gardens there was a mass of joyful little birds. I remember during hard winter times feeling obliged to boil rice and pasta for the poor things and to provide them with bread, fat balls and grains.

“There is an apartment building 10 stories high dominating the area which is mostly composed of small individual family homes. On top of the high building there is a telephone antenna mast sender sending its radiation unhindered to the canal and gardens and all over the place which started in the times of the 2G and since then has added every new phone generation including, lately, the much more powerful 4G+. Just a few months ago, for the first time, I noticed the antenna mast paying attention to its effects and I suddenly associated the remarkable silence in the area with the lack of bird life.

“There are very few waterbirds now, far less than some years ago, even in places where they used to proliferate because passing people threw them bread. And you nearly do not find any more the robins, sparrows, starlings, finches, tits and the many little birds that used to come to our gardens. 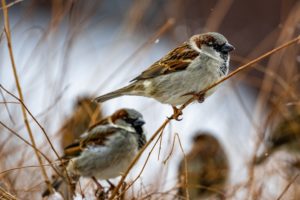 “As for insects we used to be molested by the gangs of mosquitoes, nicely reproducing in the stagnant waters of the canal. But now they have nearly disappeared, and that despite the fact that the temperatures this summer have been offensively high and long-lasting, a record in our history.

“It would appear that telephony antennas with their irradiation could be considered as the most efficient biocide that one could ever create on purpose. I wonder what other disasters these devices and the rest of “big wireless” are doing in the exposed western world. That they want to export their mess to the entire planet is appalling and deserves the strongest opposition.

“I very much hope that all the actions attempted by people with intelligence and common sense achieve some encouraging result. Please keep on trying, you are not alone, we are plenty around the world with the same inquietudes.”

Patricia Ormsby, in Japan, describes the “catastrophic changes we have been witnessing in bird and insect life in our field, around which seven of TEPCO’s smart meters were installed some time between late fall 2018 and May 2019. I felt sporadically ill in the greenhouse, but it wasn’t until my husband told me no bees were coming to the watermelon plants he put out in May that I checked and found the smart meters from all the adjacent houses were irradiating our field and greenhouse from close distances. In short all birds except barn swallows have abandoned our field.

“The urban area below us appears to be nearly completely abandoned by bird life, including barn swallows. I started hearing remarks about diminishing bird numbers from elderly friends in February 2018. A temple that had been abuzz each August with ear-splitting cicada calls was completely silent this year.

“All flying creatures in the open areas in and around our field have been impacted. At the end of March, a diverse group of waterfowl left a spring-fed pond about 200 meters north of our field for no apparent reason. It was too early for them to begin migration.

“In late April to early May the black eared kites (Milvus migrans) residing in our area all left. We had about ten resident kites who perched every day on the power poles, particularly near the duck pond. Today I went for a look, and saw a metal cabinet with windows containing smart meters on TEPCO’s hydro dam there. These seem to be popping up on all sorts of infrastructure. At about the same time, all of the carrion crows (Corvus corone) left too. Occasionally I can hear the call of one distinctive former resident in the distance.

“We always had a family of about five starlings (Spodiospar cineraceous) nesting near our field. They are gone now, but in late spring, a mob of starlings arrived from somewhere else, probably the urban area below us, and caused havoc for the farmers during planting time. They would raid our field briefly but not stick around. 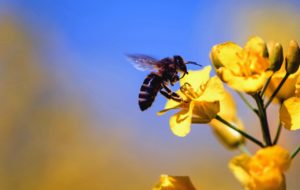 “The shrikes (Lanius bucephalus) are missing, the great tits (Parus major) are gone, the white wagtails (Motacilla alba) stuck around until July, and then they left too. I saw a few rufous turtle doves (Streptopelia orientalis) occasionally roosting on the power lines this summer, but none recently. There are a few tree sparrows (Passer montanus), but they rarely visit our field. I noticed a few barn swallows (Hirundo rustica) today, but they are about to migrate for the winter. Our once lively field is now silent.

“This was the first year that our flowering watermelon plants had no pollinators. One year before, we had large numbers of bees. The European honeybees were not numerous, because beekeepers in our area all gave up about a decade ago, but there were several species of bumblebee, including a small one that was quite numerous, and several kinds of small native honeybees. Other farmers were also affected by this, not just our particularly irradiated field. My blueberries and watermelons have had roughly 20% of last year’s yield. In areas away from the smart meters, I see one species of native honeybees working clover flowers.

“Every year prior to now, the blueberry patch became hazardous in late August from multitudes of hornets (I counted at least four species last summer). This year, we might have one yellow hornet per day frequenting that patch (none in recent days). Shinobu put out rotting watermelons in several places. One, in the open about ten meters from two of the smart meters, attracted no insects at all, except one or two very small flies. One, shielded from the smart meters by a concrete wall, attracted plenty of hornets, huge rhinoceros beetles and other insects. 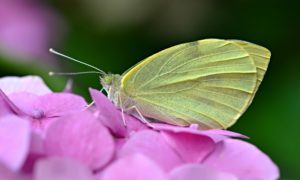 “Cabbage butterflies used to be a major pest, but this year they were hard to find. A catnip bush about 15 meters away from the nearest smart meter with densely foliated hydrangea bushes between attracted a mob of cabbage butterflies. Near the irradiated greenhouse, I left some broccoli plants in the open, which would have normally been a feast for them and their offspring, but saw no signs of them there. Really, TEPCO ought to consider patenting their smart meters as a replacement for pesticides!

“One small wasp species managed to build a nest in the greenhouse on the far side from the nearest smart meter (I estimate 15 meters away), and when I stumbled on it a week ago, it had about 30 worker wasps. The next day the nest had been abandoned, and I examined it and found no living larvae. The first 30 or so had hatched and no others had survived.

“We farm organically. Some of the neighbors use glyphosate, but that is coming under criticism, and beginning to decrease. My impression is pesticide use in our area is generally decreasing.

“I’ve been a bird watcher here for decades.” 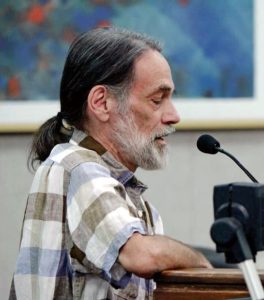 By Arthur Firstenberg, author of The Invisible Rainbow, a History of Electricity and Life, President of the Cellular Phone Task Force and 5G Space Appeal.