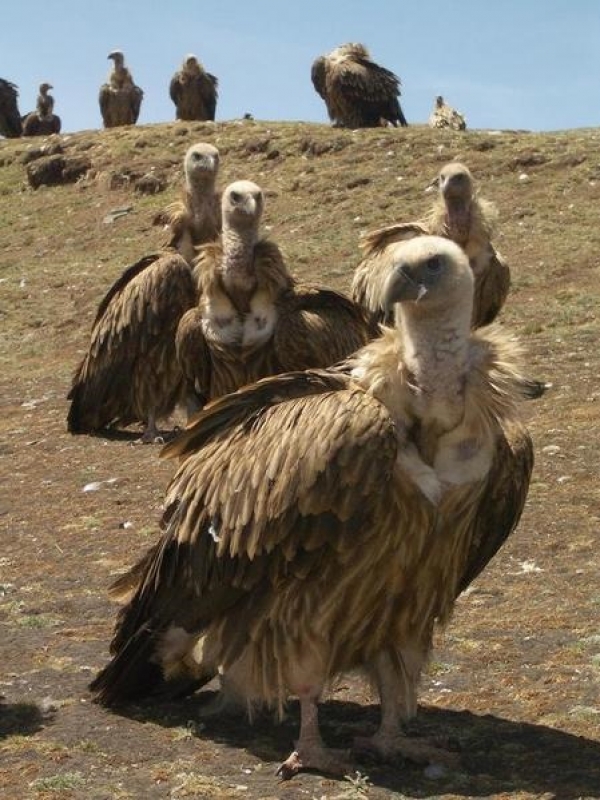 The first Saturday of September every year is observed as International Vulture Awareness Day by the Endangered Wildlife Trust’s Birds of Prey Program (EWT-BoPP), its partners and associates including provincial conservation bodies and several other NGOs involved in vulture research and conservation in South Africa.

The purpose of this day is to create awareness of the continued plight of all vulture species and to highlight the work done by conservationists to monitor populations and implement effective measures to conserve these birds and their habitats.

‘The day evolved from the Sasol National Vulture Awareness Day that has been celebrated in South Africa since 2005,’ says EWT-BoPP Manager André Botha‬. ‘This initiative received such interest from organisations elsewhere on the world that the first international event was celebrated by 152 organisations representing 45 countries in 2009. We expect global support to be even greater this year.’

South Africa is home to no less than 9 vulture species.

Seven of these species are listed in the Red Data Book of Birds of South Africa, Lesotho and Swaziland (Barnes, 2000) as facing a certain degree of threat of extinction:

Threats from poisoning to electrocution

Vultures are faced with a range of threats such as poisoning, persecution, electrocution and collision with power lines, drowning in farm reservoirs in drier parts of the country, shortage of safe food supplies and loss of suitable habitat. Recent research has shown that these birds are highly mobile and can cover several 100 kilometres in a day in search of food.

This makes the implementation of effective conservation measures to benefit these species a daunting task which needs to be approached from a national, or more likely an international perspective.

The Endangered Wildlife Trust in collaboration with the Vulture Program of the Rhino & Lion Wildlife Conservation NPO and BirdLife South Africa will be hosting a fun-filled family day at the Vulpro vulture rehab centre near Hartbeespoort dam. Activities will include morning and afternoon talks on vulture conservation, vulture feedings and lots of activities for the kids.

A number of rehabilitation centres and vulture restaurants in the country will also host special events and show vultures to members of the public.