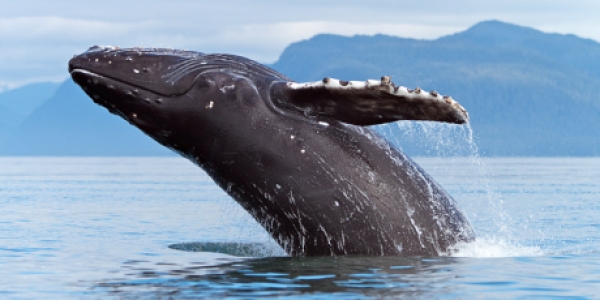 Our oceans are dying. Beset by pollution and demolition by industrial fishing, the magical and bountiful deep blue is turning into a barren desert. But in the next 72 hours, governments are considering a new rescue plan – and we can help push it through.

Shockingly, governments spend billions subsidising the commercial fishing industry to pillage our seas. The new plan would end this scandal, craft a new treaty to protect the high seas, and establish critical marine protection reserves. But Canada, the US and Japan are threatening to water down or even kill it. Our only hope is to get behind Europe to champion the idea before it’s too late.

This crucial meeting is being held quietly behind closed doors at the UN. Let’s break open the talks and deliver massive global support to Europe to save our oceans. Sign the urgent petition and send this to everyone – once they hit 500,000 signatures, Avaaz will deliver the petition straight into the meeting.

Our marine ecosystems are collapsing, and 85% of fish stocks are dangerously depleted. But no one is policing the trawlers’ plunder, and waste is poisoning our seas. Without an urgent intervention now, our grandchildren may study whales and coral reefs in their history lessons.

Scientists say that what we need right now is a bold plan that sets aside 20% of our blue planet as conservation areas by 2020, allowing the seas to replenish themselves for generations to come; ends subsidies to the industrial fishing complex; and creates a new protection agreement for the oceans outside of national boundaries.

Against the odds, the European Union is pushing for an agreement this week, and has the support of droves of developing countries. But the blockers are battling to limit the conservation areas and kick decisions on a global treaty far into the future. If they don’t get that, they are threatening to drown the plan completely before it is even born. This week is do or die for the oceans – our only hope is to massively and publicly get behind the Europeans in the next three days and drive an oceans rescue plan through.

We know we can win on oceans. The Avaaz community helped establish the largest marine reserve in the world and won protections for whales and tuna. But our oceans are dying faster than ever, and one by one species are coming closer to the brink. Let’s help them demand a comprehensive global oceans rescue plan now.