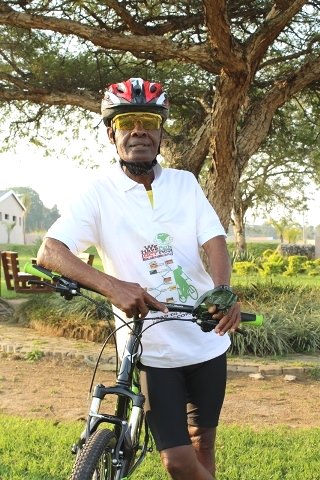 9 countries. One million signatures. Thousands of kilometres. This is the We Have Faith – Act Now for Climate Justice cycling caravan’s objective, as COP21 in Paris draws close.

Victor Coutries, or Tata Victor as he is known to his fellow cyclists, is cycling from Nkomazi, Mpumalanga to Lobatse, Botswana, in the name of climate justice.

As part of the We Have Faith – Act Now for Climate Justice campaign, this is Tata Victor’s second time to participate in raising awareness around climate change and the UN Climate Change conference, or Conference of Parties (COP). This year, COP21 will be taking place in Paris and expectations are high as this is the year a legally binding commitment between world leaders is meant to be made.

Tata Victor is from Soweto and participated in the lead-up to COP17 which took place in Durban in 2011. A group of 17 cyclists cycled from Musina to Durban in 17 days. This year the cycling caravan will travel through 9 countries over the next two months, covering thousands of kilometres in order to raise awareness and collect signatures urging our world leaders to commit to addressing climate change.

The We Have Faith campaign is a multi-faith campaign seeking to mobilise faith communities and youth across Africa, believing that local communities and youth have the integrity to put the much-needed moral and ethical considerations back into the negotiations. Human made climate change is threatening the livelihoods and lives of millions of Africans. It is endangering species and locking people into poverty.

“When I was young, summer was summer, winter was winter but now summer is like winter and winter is like summer. When it rains, it can cause havoc these days,” says Tata Victor. He believes that this campaign is important to spread the word about climate justice.

“The moment one cycles, people ask, what is going on? Then you can tell people about climate change. Cycling for me is like a prayer, showing that I am committed through taking action.”

Furthermore he hopes it will encourage people to cycle more. “I cycle everywhere, I don’t like to use a car – I’m happier when I’m cycling. This is another important message of the campaign – we must rely on ourselves, not use the car all the time.” 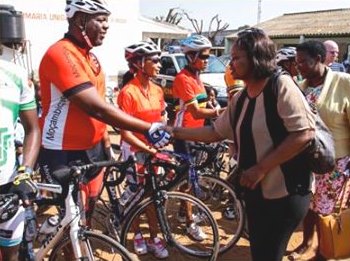 Thousands of cyclists will be participating in the caravan in relay style over the next two months as the cycling caravan travels through Southern Africa. The caravan left Maputo, Mozambique on the 31st August to travel through South Africa, Botswana, Zimbabwe, Zambia, Malawi, Tanzania and will end in Nairobi, Kenya, on the 8th November with more cyclists cycling down from Uganda.

These cyclists are all cycling in the name of climate justice, to precipitate climate action through raising awareness and the signing of petitions. These petitions will be delivered at the COP21 talks with five demands directed at our world leaders, asking them to commit to meaningful actions.

Human made climate change is threatening the livelihoods and lives of millions of Africans. It is endangering species and locking people into poverty. As we are the ones causing climate change, we are also the ones that have the power to stop it. 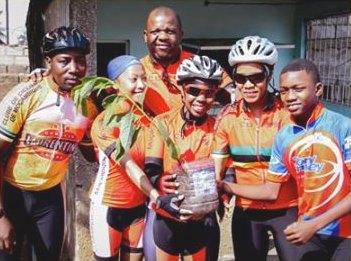 We Have Faith believes that local communities and youth have the integrity to put the much-needed moral and ethical considerations back into the negotiations. Together we must jointly push the world leaders to take the right decisions.