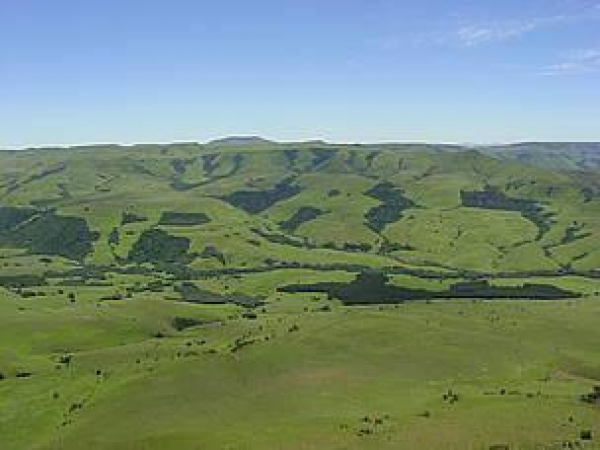 Dr Deon Nel, head of WWF‘s Biodiversity Unit, said ‘WWF has identified the availability of water and the health of water provisioning catchments as one of the most critical challenges facing South Africa.’

Water is widely acknowledged as South Africa’s scarcest resource and the one that will be the most impacted by climate change. WWF estimates that around 98% of South Africa’s freshwater supplies are currently allocated and that demand will outstrip supply by 2025, jeopardising economic growth that is vital for ongoing socio-economic development.

Nedbank’s increased focus on water is a key part of their climate change response strategy and underpins the urgent need to tackle climate change impacts as will be addressed at COP17 in Durban later this year.

“Through our provision of water infrastructure funding, our 20-year involvement with The Green Trust and our own sustainability initiatives, we have invested in a range of water-related projects in line with our water stewardship programme, which addresses water scarcity, water quality and access to water. This new multi-million rand investment raises our water stewardship efforts to a much higher and more impactful level,” said Mike Brown, Nedbank’s CEO.

‘Nedbank is making an investment, in proportion to its operational water use, into WWF’s Water Balance Programme. The programme encourages water users to take ownership of South Africa’s common water challenge by going beyond reducing their own water consumption to also making an investment back into water provisioning ecosystems,” explains Nel.

‘This substantial investment links high level commitments (such as the CEO Water Mandate) to tangible on-the-ground outcomes in some of the highest water yield ecosystems in the country. In addition to increasing water supply, these investments into WWF’s water programmes will also improve water quality, create jobs and contribute to climate change adaptation and resilience.”

Nedbank’s investment will fund the removal of alien invasive species, which is estimated to release more than 550,000 kilolitres of water a year, back into two of SA’s high priority water catchment areas. Several critical water catchments are recognised in South Africa as the country’s ‘water factories’ based on the high water yield of those catchments. WWF has identified five nodes in which these catchments lie and where the programme will focus its broader water stewardship efforts.

These are the upper reaches of the Berg and Breede catchments, the Garden Route from George to Plettenberg Bay in the Western Cape; the Kouga in the Eastern Cape; the Umgeni in KwaZulu-Natal and the Enkangala Grasslands (Mpumalanga).

Importantly, he added, this massive amount of water is being prevented from replenishing the water ecosystems upon which our country’s environmental integrity is dependent. It is vital for this water to be freed up to improve water availability in a water-stressed country. Valuable spinoffs also include job creation and support for farmers who show further commitment to environmental sustainability.

‘Water, energy and food security are inextricably linked and it is a pleasing addition to the programme that we can support the agriculture sector through this work too. We are enthusiastic about this next step in our sustainability journey and hope this encourages other corporates to play their role in making things happen’ states Brown.