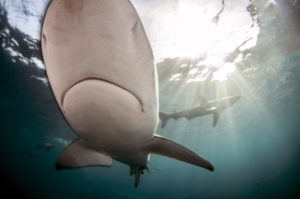 More than 300 species conservation experts at the IUCN (International Union for Conservation of Nature) Species Survival Commission Leaders’ Meeting in Abu Dhabi, 6 – 9 October 2019, released a statement for urgent and effective action to address the unprecedented, unsustainable and growing impacts on wild species from human activities.

In the statement the members of the IUCN Species Survival Commission reaffirmed their commitment to saving species and their populations. The members pledged to step up their efforts and engage with all stakeholders while striving for a sustainable future for people in a world in which species are highly valued for their intrinsic worth as well as the benefits they provide. The members committed to providing knowledge and implementing action for species conservation and pledged to bequeath the wonderful diversity of species to future generations.

The IUCN Species Survival Commission is the world’s largest network of species conservation experts with over 9,000 members globally. It is mandated by the Members of IUCN (governments, NGOs, and civil society organisations) to conserve species.

IUCN Species Survival Commission member, Dr Jean Harris of WILDOCEANS* said: ““This is an important call. Urgent action is needed by both governments and civil society to halt the loss of species. In the oceans impacts of fisheries are the greatest threat, causing many species to become endangered. South Africa is one of 3 global hotspots for sharks and rays with over 200 species, of which 30% occur only in our waters. Disturbingly 17% of these endemics are threatened and on the IUCN Red List.  Important and urgent action needed to prevent further declines is the phasing out of all unselective fisheries that catch threatened sharks and rays (such as long-lines and net fisheries). South Africa needs to move quickly to protect essential habitats of threatened sharks and rays in no-take zones, within an expanded MPA network that increases protection from 5% to our global commitment of 10% by 2020.” 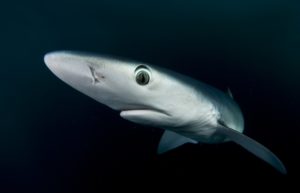 The alarm has been raised repeatedly about the decline in biodiversity across the planet. By allowing this decline to continue, we erode the very foundations of our traditions, economies, livelihoods, food security, health, and even the existence of life worldwide. The world’s people must accept responsibility for this emergency and act now to ensure we pass on a rich natural heritage to future generations. Conservation action works. Many species have been saved from extinction. Through sharing experience and expertise, we can scale up success for species survival.

The IUCN Red List of Threatened Species™ reveals that a quarter of all species face high risk of extinction. Human activity has severely altered more than 75% of the Earth’s land and freshwater areas, and 66% of the oceans. Climate change and political instability are exacerbating this crisis at all levels.

The decisions taken by policy makers in 2020 will be critical for the future of the planet. The United Nations Sustainable Development Goals and the UN Paris Agreement on Climate Change will be reviewed, and the Post-2020 Global Biodiversity Framework will be adopted. A new UN legal binding agreement on marine biodiversity in the High Seas is under negotiation. The IUCN World Conservation Congress and the United Nations Heads of State Summit on Biodiversity will meet. This is a unique opportunity to mobilise society and galvanise the necessary action to address the species emergency.

“We call for global action based on optimism, shared responsibility, commitment and collaboration to guarantee the survival of all species sharing this planet,” said Harris.