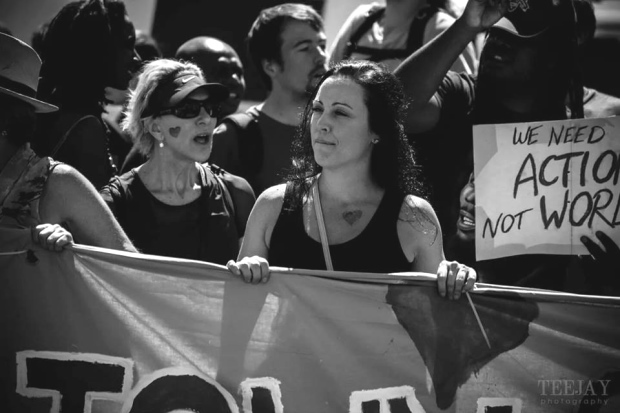 Cape Town’s Climate Change gathering was rallied together in two weeks and the fact that 200 people turned up on a beautiful Sunday at such short notice confirms Cape Town’s conscience about doing what is good and right.

The people’s climate march is a global protest in 160 countries with approx. 2000 events taking place.

Although Avaaz publicised the greatest Climate Change mobilisation in history long ago no one in Cape Town agreed to host an event on the international site. Two weeks ago, one individual, Mandy Dewar, unaware of the enormity of the task, clicked yes and posted up a Cape Town event.

It is worth mentioning that in this same week Mandy was admitted to hospital and yet never gave up. She called a volunteers meeting and only one turned up: ecopsychologist, Megan de Beyer. Together they made some plans to network and contact Ngo’s and media to build support but wondered if anyone would turn up with just 12 days to go. On the same day the Cape Town Marathan was taking to the streets as well as an International day of Peace. There were many road closures and after some discussions it was decided to move the event to Oranjezicht City Farm because they were aligned with climate change and had made great strides with the urban vegetable farm. Sheryl was amazing and jumped to support calling it a Pop-up climate change gathering. 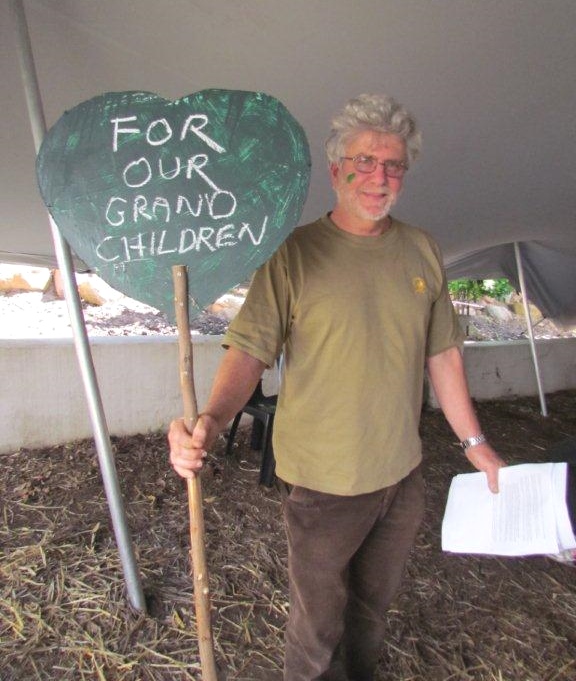 Patrick Dowling of Wessa (pictured above) stood forward, finalised plans for the day and wrote up a relevant manifesto that he suggested people arriving on the day could sign. This manifesto for the mayor of Cape Town and the Presidency is printed below and it is this that will be taken to Parliament on 23rd September by a group of people who feel strongly that climate change is a political issue. Jeff from AIDC will be helping to coordinate this protest. The time coincides with the high point of the New York summit where at least 20 thousand supporters of more than 400 organizations will be taking to the streets to drive home the significance of the day and ensure that the next Conference of the Parties (COP) meetings in Lima and Paris will take forward the necessity for a global climate treaty. 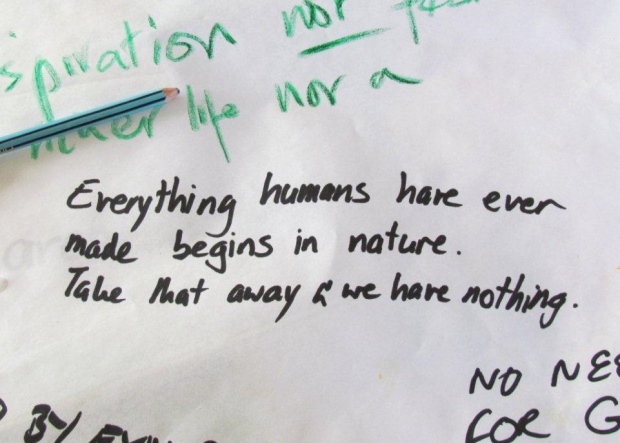 It was only at the last minute that emails flooded in and we realised we did have an event. It was too late to move again although many felt that the city bowl did not represent the larger Cape Town. It became a self organising and self funding event brimming with people with big hearts and ideas. Numerous organizations including 350.org, the Green Campus movement of UCT, WESSA, SAFCEI, the AIDC, WWF, The Greater Cape Town Civic Alliance, the Climate jobs campaign, ICLEI, Project 90×2030 came forward with support and ideas.

Sunday dawned and we still had no idea of numbers. Soon 200 people arrived and became busy with banners, talks, a ‘world café’ poster making happening and writing prayer flags in the form of hearts that were strung up for the wind to catch and for all to read. (Sarah of SAFCEI coordinated the prayer message initiative.) Green hearts were painted on people’s faces by a Californian volunteer and others hung green hearts up on lines. 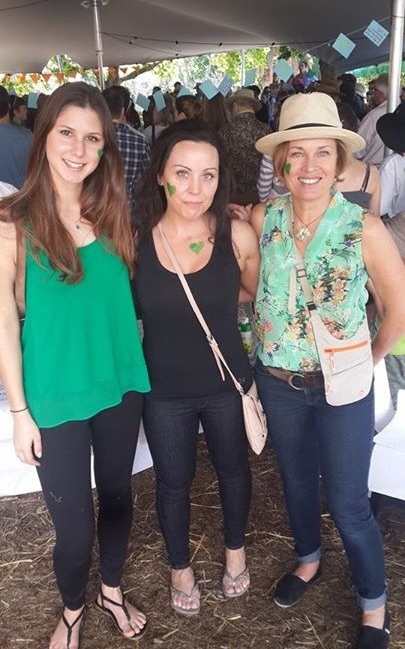 Someone brought a big box of fruit and someone else handed out cookies. Informal yet relevant speeches about the impact of Climate Change sprung up. Nick King, Samantha Bailey, Patrick Dowling, Louise Naude and Megan De Beyer delivered brief talks on the significance of the day. It was pointed out how the current trajectory of unbridled consumption, externalised socio-environmental costs, a skewed economy and unacceptably high levels of carbon emissions had brought us to this point of urgency prompting the world summit. 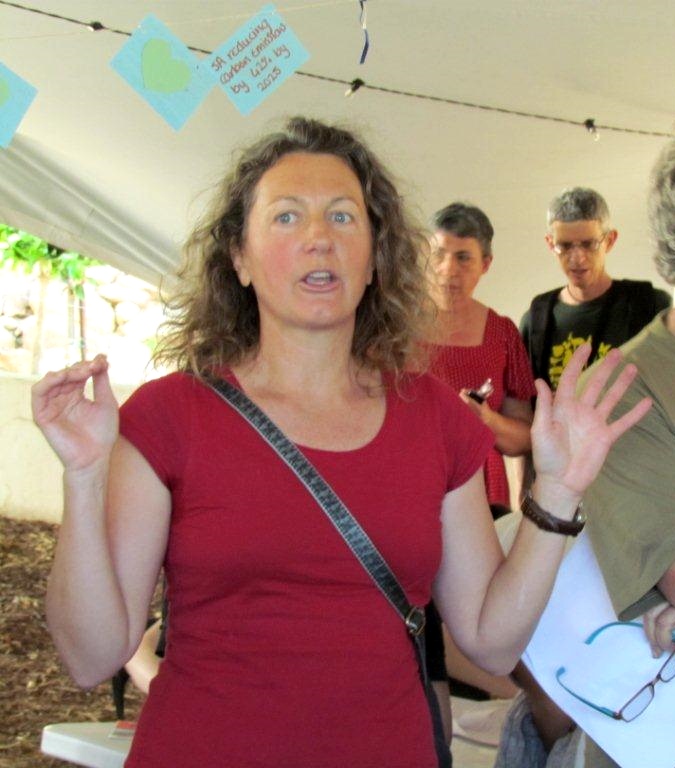 The world café posters had urgent messages from the public: “No jobs on a dead planet!”; “Down with plastic!”; “Keep the temperature below 2C- we cant live without water!” “Everything that humans make begins from nature!”; Think of others and do something now!” 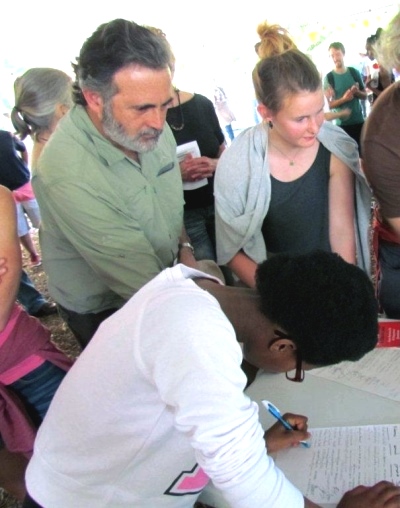 Cormac Cullinan (left), a practising environmental attorney and author based in Cape Town.

Many spoke about building community and sustainability street by street and that the informal settlements needed to get involved too. It was obvious to all that solar and wind power should be Cape Town’s choice. Some spoke about Ubuntu, love and togetherness and how we need to lead by example always remembering that decisions we make today affect the children of tomorrow.

Some of the group felt energised enough to march down Hope Street to Parliament to raise voices in unity and make a statement big enough to be seen. 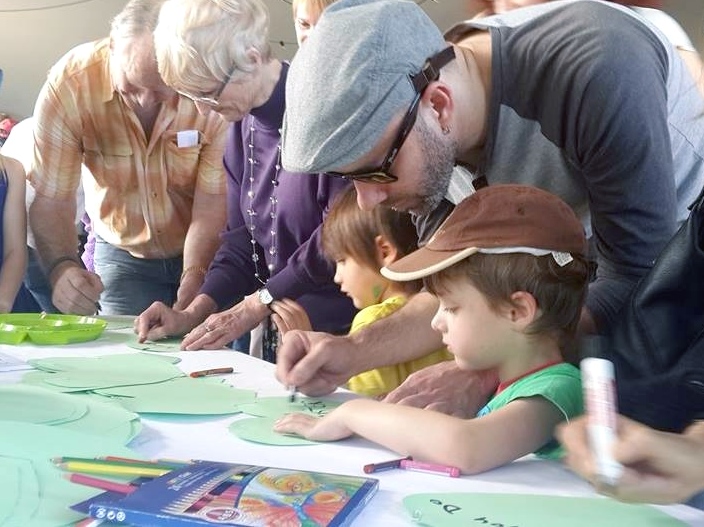 The event showed that people care and that they want change. The voices of the youth were strongest about doing stuff. It became obvious that more awareness and education is urgently needed, as not everyone is familiar with the facts. Its obvious to most that the planet has limited resources but the frustration for most is about what to do as an individual. It became clear that changing an ego driven mindset to a more caring and eco-orientated one is essential.

Cape Town needs a voice that is coordinated and represents all of the communities to achieve this.

We undersigned individuals, children, parents and grandchildren, representatives of organizations, caring citizens of Cape Town hereby declare our support for the 100% clean energy message being taken to the UN emergency climate summit on the 23rd September 2014 by Avaaz, 350.org and many others. 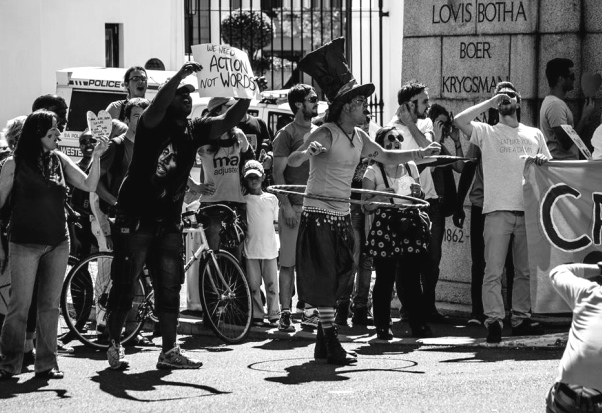 Unfortunately, Cape Town, like many large cities around the world, also has a large carbon footprint that contributes to the climbing levels of CO2 in the atmosphere, now standing at more than 400 parts per million and already 15% beyond minimum safe levels.

We have much to lose. With more than 300 Km of coastline, unique global biodiversity, many poor and vulnerable people, significant in-migration, already strained infrastructure in many areas, high dependency on food, water and fuel from outside the City, even small climatic changes could have disastrous effects on us.

The City of Cape Town is conscious of the situation and has many positive-sounding policy statements but it needs to do more. One area where more is possible is the position on Small Scale Embedded Generation (SSEG). Currently the tariff structure is such that there is no real incentive for people to switch from dirty coal to clean solar energy. At the same time new developments are not required to be energy efficient or waste minimising and often encroach into natural areas. 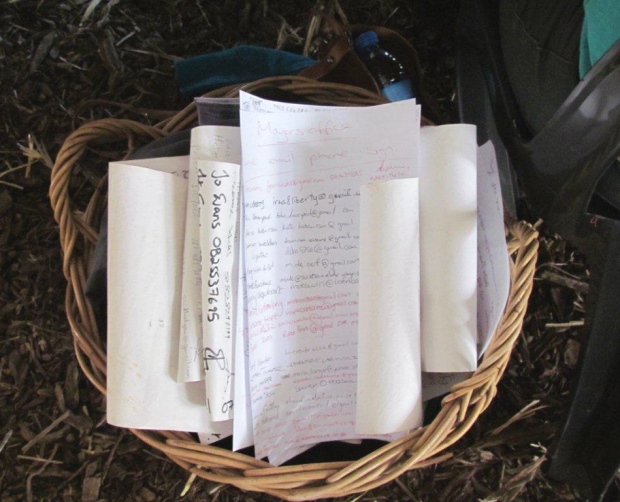 True sustainability and acknowledgement of the limits to consumptive growth are still missing.

To show we care about what happens to all people, the earth and future generations we therefore call on local and provincial leaders and decision makers not to waste more time lending an ear to a non-existent debate. The science is clear. This rapidly accelerating period of climate change is caused by over-use of fossil fuels. The consequences threaten the mother City as much as they do life on earth. Wait-and-see attitudes and damage-to-the economy argument are irresponsible and short sighted.

The Western Cape and South Africa have abundant renewable energy resources that can be equitably used by and be of benefit to all. What is needed is the will to make it happen. We must have 100% clean energy by 2050.