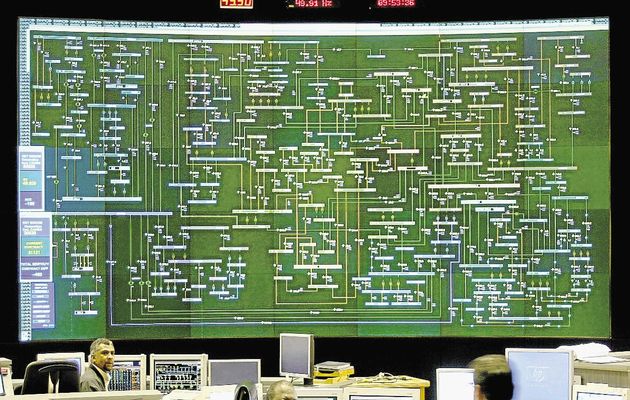 South Africa would get a much better return on its energy investments if it planned a smarter and more flexible electricity grid, Institute for Security Studies (ISS) researcher Steve Hedden said on Tuesday. A better grid would also boost the contribution of wind and solar energy.

Government’s response to power shortages and load-shedding has been a thrust towards more power generation from coal-fired power plants, oil and gas, renewables, and potentially a fleet of new nuclear power stations.

“But fixing South Africa’s energy crisis is not just about generating more energy,” Hedden said at the Pretoria launch of a new research paper called Gridlocked. “It doesn’t make sense to invest heavily in generation capacity without also rethinking transmission and distribution.”

“Energy planning in South Africa has neglected the key element of how electricity moves from generation to consumption,” Hedden said.

The Integrated Resource Plan for Electricity 2010–2030 (IRP 2010), adopted in March 2011, did not address the grid at all, though transmission was included in an IRP update in November 2013.

“Grid planning can’t be an afterthought. It has to be built in from the start,” Hedden said.

Planning the grid was much easier when a few big power stations provided energy mostly to a few big cities, with one organisation responsible for the entire system. In South Africa it was Eskom producing electricity at coal-fired power plants in Mpumalanga, the largest net supplier, and delivering most of it to the economic heartland of Gauteng, the largest net consumer.

The source of power is shifting. By 2040, Limpopo’s new coal-fired plants will make it the largest net supplier; and new gas and renewable capacity will make the three Cape provinces net producers.

Planners must also now consider the rise of renewable energy, and the addition of independent power producers (IPP). On top of this is small-scale residential generation as frustrated citizens install their own rooftop solar panels.

Electricity generation is thus becoming decentralised and intermittent, and the line between consumer and producer is blurring, Hedden said. At the same time, the electricity sector is transitioning away from a centralised monopolistic model, with new players taking on roles and responsibilities historically controlled by Eskom.

The grid used to handle only a one-way flow of power from producer to consumer. Now it has to accommodate potentially millions of small-scale producers feeding energy into the grid.

Small-scale residential power generation from solar panels could account for 30 GW of electricity-generating capacity in South Africa by 2050, but its contribution today is retarded by an absence of clear policies and regulation.

“A more intelligent grid would be the result of investments in grid efficiency, and better electricity planning, operations and policies,” Hedden said.