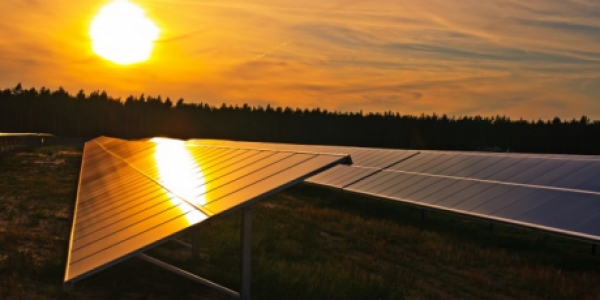 Climate change is accelerating, but there’s a massive ray of hope: clean energy is booming, producing nearly 20% of the world’s electricity! Incredibly, the US and EU are threatening to stifle this breakthrough – but together we can stop them.

In the last decade, the Chinese government has invested billions in solar, sending panel prices plummeting and making clean green tech almost as cheap as dirty fossil fuels. But the US and EU, who give billions in taxpayer subsidies to Big Oil and Coal, are about to drive solar prices back up by putting tariffs on China, and now China is threatening to retaliate. A full on trade war is brewing that could kill the crucial green energy revolution.

The EU and US are deciding right now. Most of the solar industry is against tariffs – and now massive public support could tip the balance. Sign the urgent petition to save solar: if we build a 500,000 strong petition, Avaaz will make a formal submission to the US International Trade Commission and EU trade Commissioner calling for talks not tariffs.

China the only one helping solar

China has a poor human rights and environmental record, and its strategy of flooding the global market with subsidised goods could be found to be too aggressive. But the right response to this is not tariffs, it is investment. While China, the EU, and the US all funnel billions into Big Coal and Oil to destroy our planet, China is also providing huge loans and subsidies to the solar industry. And that’s exactly what other governments have failed to do.

Following the bankruptcy of a handful of US and EU solar manufacturers, some lobbyists are pushing politicians to blame China, instead of their own insufficient and inappropriate subsidies. Some claim that domestic jobs are threatened by low cost Chinese panels, but the truth is the opposite: experts predict that tariffs could cost 60,000 jobs in the US alone. The vast majority of jobs in the solar sector outside of China are in installing and servicing panels, not manufacturing them, so cheaper panels now means more work, and more jobs. And less climate change.

The EU trade Commissioner initiated the investigation into tariffs today and the United States International Trade Commission (US ITC) proceedings are about to kick off. Written statements to both must be submitted in days to be considered. We’re in a race against the clock to green our economies and prevent catastrophic climate change, and Chinese success in green tech could be the perfect catalyst for the rest of the world to scale up the technology and sustainably bring down prices. Let’s make sure the EU and the US don’t kill our ray of hope!