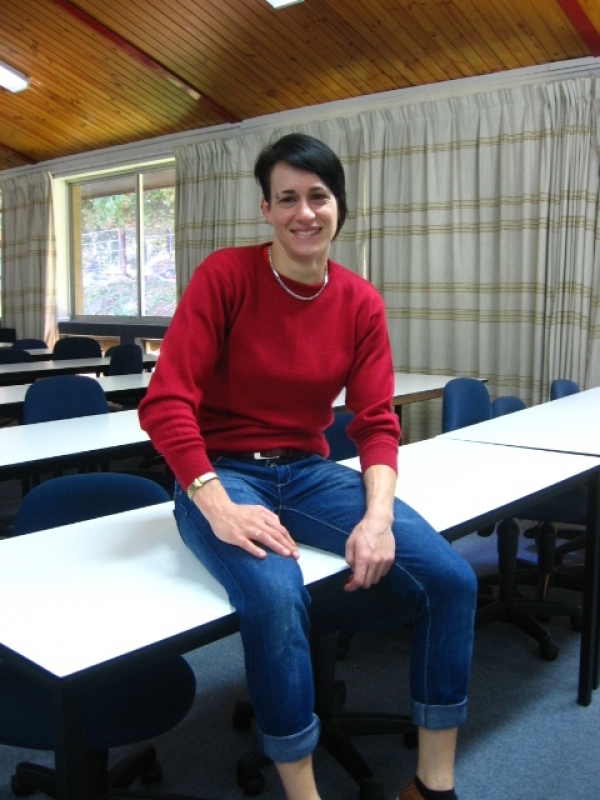 Could climate adaptation be blocked by a political stalemate at local government level?

“Local government is doing more than we think, but they are not doing enough,” said Lorena Pasquini (pictured), postdoctoral researcher at the University of Cape Town (UCT), in her lecture ‘Hot, or Not: Local Government and Climate Change Adaptation.’ Hers was the second in a series of lectures being hosted by the UCT as part of their ‘Climate Change Impacts & Adaptation Seminar Series 2013.’

Local government is the key as “… they are the most responsible for policy and planning at the local level, where the effects are felt the most. They also have to deal with the actual consequences of climate change.” The research was conducted at various levels and this particular presentation was based on a summary of her research findings and is not indicative of any specific municipality or level of governance.

Municipalities consist of the political council (the elected politicians) and the non-political administration (officials and municipal staff). The role of the council, led by the Mayor, is to approve policies and by-laws, determine the budget, decide on development plans and service delivery, etc. The Municipal Manager leads the municipal administration that does the actual work of the municipality and, theoretically, implements the decisions made by the council.

Based on respondents’ reports in Pasquini’s research, political influences on local government function are a hot topic at municipal level. This needs to be taken into consideration when attempting to develop a plan for change as “Politics will always play a part and we cannot afford to ignore it.”

Parties tend to dominate municipalities instead of councils, which is problematic as councilors are then driven to support party agendas and satisfy constituents, and therefore are not motivated to innovate in terms of driving change in the environmental arena.

“In the drive to satisfy voters that you are doing a good job, it is easier to build 50 IDP houses when election time is looming than to engage in adaptation projects, where the benefits are long term and will certainly only be seen after your five year political term has ended.”

Each change of power brings other changes

When there is a change in power, which could be up to a few times per year, any strides that may have been made in terms of environmental education, policy change or project initiation falls by the wayside “…as the current ruling party cannot be seen to support the work of the previous party, whether green or not.”

Her research has identified a number of obstacles facing effective climate change adaptation at local government level, like:

“It’s not all doom and gloom though,” says Pasquini, referring to the (relative) municipal environmental success stories of Cape Town, a large metropolitan municipality, and Hessequa in Riversdale, a small rural municipality.

It is their similarities that allow them to concentrate on sustainable development. Both municipalities have environmental champions. “Champions come up time and time again as important. Political champions, especially at mayoral level, can achieve rapid institutional change, while administrative champions may take longer to be effective but stay in the position for longer.”

“Certain factors are important to start the process of institutional change towards green issues, but you need political stability to maintain it so that you don’t loose leadership, continuity and institutional learning.”

Pasquini also cites an example of when a change in leadership did not result in loss of projects and the possible reasons for this. There were strong social networks, which in this context is essentially connections between people, which can be divided into two distinct categories:

“Research suggests that weak links are important for people to access external opportunities and knowledge that they wouldn’t otherwise have access to, because their strong links only tell them about things that are happening within their group.”

Continuity meant the administrative staff remained even when political regimes changed; green visions and practices were implemented that made sense to the community of voters and subsequently became so embedded in the municipality that it became impractical to change it.

Environmental concerns can no longer be considered the sole responsibility of environmental departments, as it is firmly entrenched within other social issues like the management of water, housing, sewerage etc. and therefore, “Without adaptation, climate change will impact service delivery.”

It is clear that ignoring the need for climate change adaptation at a local government level will have a knock-on effect that reaches far deeper than is currently being acknowledged.