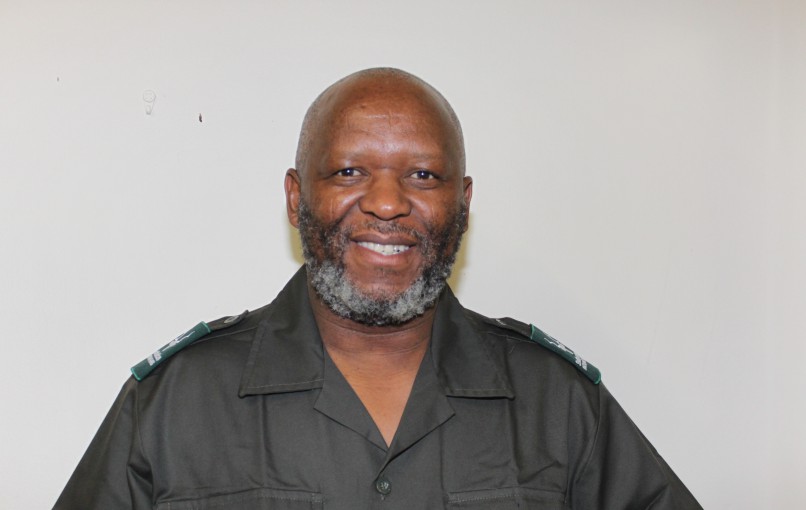 Rangers working in the Kruger National Park (KNP) refer to it as ‘the beast’. With a size of 19 485km² and temperatures that sore to a blistering 50°C, working in the field is not for the faint-hearted. Rangers work up to 21 days in the bush under these harsh conditions, without the luxuries many of us take for granted, and away from their families and loved ones.

While only the Department of Environmental Affairs has the capacity to release official statistics, it has been said that the Kruger alone is losing up to three rhinos a day. Rangers are operating on a 24/7 basis, being pushed to their limits by this savage onslaught that is rhino poaching.

This tremendous beast that is the KNP is a treasure pot for tourists and poachers alike – all wanting to find prized animals such as the rhino – but for very different reasons. For the ranger, it is often difficult to differentiate between the Park’s friend and its enemy. Poachers enter the Park under the guise of paying tourists, supposedly eager to start their holiday, only to be dropped off in the veld to begin their poaching quests.

Other times, they come in through the open boundary sections in the north of the Park from Mozambique and make their way south to areas with a higher density of rhino. Poachers are also starting to wear ranger boots – making it very difficult for rangers to be sure of the spoor they are following.

For Kruger’s rangers, operating in such an environment demands their constant vigilance, even withholding information from their fellow staff to prevent any leaks. Xolani Nicholas Funda, Chief Ranger of the KNP, begrudgingly acknowledges, , “The value of rhino horn is encouraging people to get involved in things they never thought they would get involved in.”

Sadly, Funda’s words became too true in the middle of 2016 when respected section ranger Rodney Landela and vet technician Kenneth Motshotso were caught for rhino poaching. Landela had been in the KNP’s service for 15 years and received several Achievement Awards. He was also a member of the GRAA, however, has since been removed. While the case is still underway, one must applaud the field rangers who arrested their superior. It cannot be denied that there are people who are willing to cross the line between good and bad, right and wrong. But the field rangers of KNP who arrested their superiors must be applauded for doing what is right and for dedicating their lives to protecting our natural heritage. 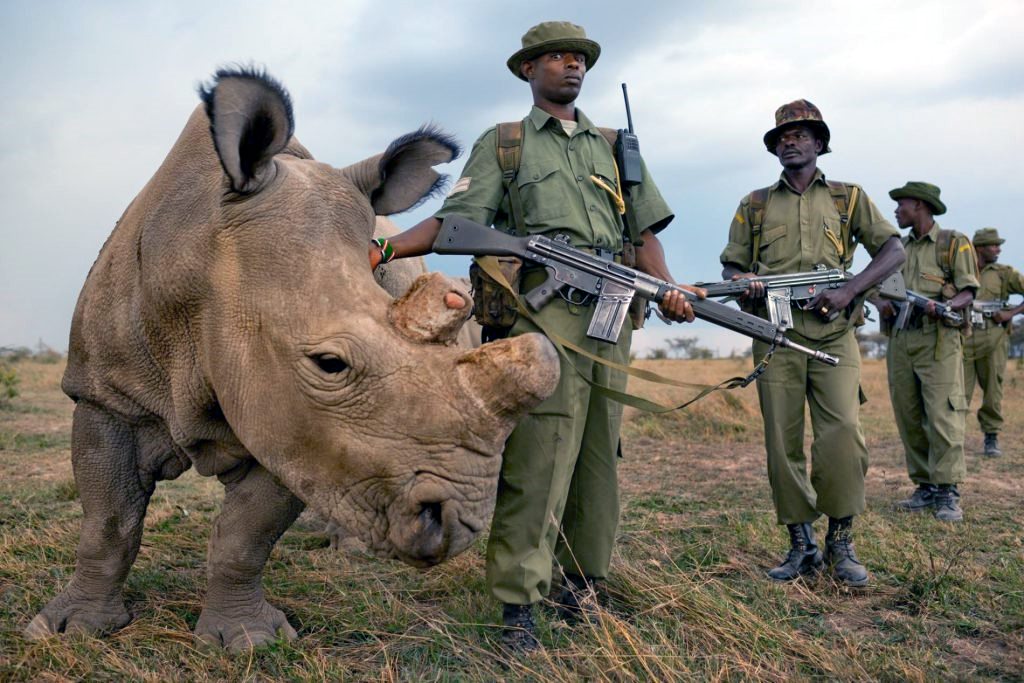 Rhino poaching is an issue that goes far beyond the frontiers of conservation. It is an issue of socio-economic standards of the country and national security.

When one doesn’t have anything to eat, one is not inclined to prioritise respecting natural resource conservation. The truth is that until poverty is resolved in South Africa, particularly in areas surrounding reserves, syndicates will have a pool of poor people to recruit and poaching will continue. For the desperate man trying to feed his children, the financial reward he receives in exchange for rhino horn is an offer he is rarely able to resist.

Rangers continue to risk their lives protecting defenceless animals, despite their limited power against the ruthless poacher who is equipped with state of the art weapons and who has no regard for human or animal life. Funda disagrees with people who refer to this poaching crisis as a war.

“It will only be a war once it is declared as such by the President.”

War implies the rules of battle are used by both parties. Poachers are criminals that are not guided by rules. Rangers, however, are governed by the law and respect South Africa’s constitution, which enshrines the rights of all people in South Africa and affirms the democratic values of human dignity, freedom and equality. Should poachers be injured in the bush, rangers ensure these criminals receive the necessary medical care. Fighting poaching is, at times, very restrictive. 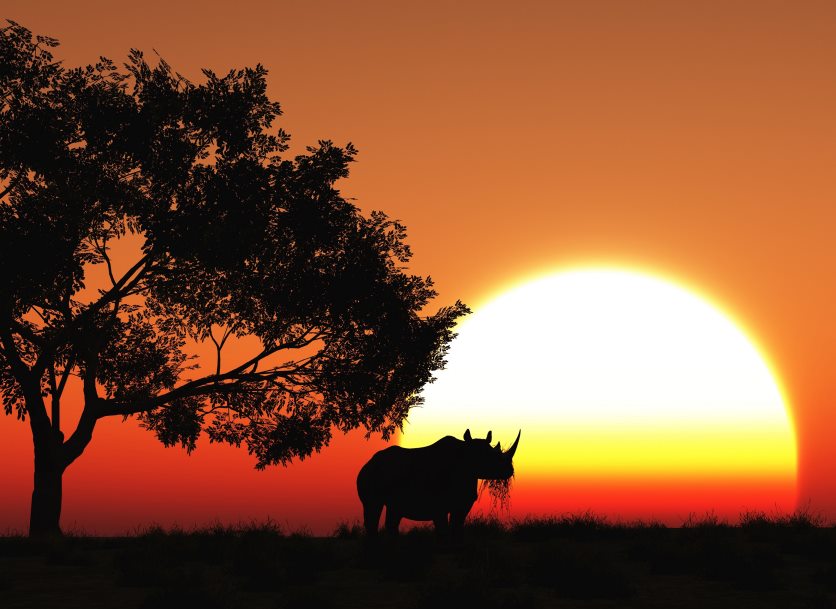 The Game Rangers Association of Africa works closely with reserves like the KNP to ensure rangers are continuously receiving specialised training to better equip and empower themselves to make informed decisions during conflict situations. Some of these courses include the Protected Areas Security Operations Planning (PASOP), Advanced Field Ranger Training and Counter Insurgency Tracker Training (CITT) and the Use of Force.

The Kruger is divided into 22 sections, with designated section rangers and field rangers per section. Operating under these conditions takes its toll on the rangers’ wellbeing. On their daily patrols, rangers become familiar with the animals of the area and develop an attachment to certain animals, knowing where to find them and where their preferred grazing areas are.

“When you see a rhino lying peacefully in the bush, you wish sometimes you could chase it away to a place where no one will find it and it cannot be harmed,” says Funda.

When rangers find a blood bath of a butchered rhino in their section they lose a part of themselves. Poachers are also starting to take the ears and tails of poached rhinos. This has already happened in a number of cases in the KNP – whether the muti trade is jumping on the bandwagon is still open for debate. Such scenes are immensely debilitating for the ranger who has committed his/her life to the conservation of wildlife.

Kruger’s anti-poaching unit and rangers are continuously raising their game to ensure they are prepared for poachers’ ever-changing tactics. Dogs, helicopters, firearms, motorbikes and night vision equipment are just some of the tools within Chief Ranger Funda’s toolbox. Funda notes that these tools are all working very well in this battle, “but nothing will be able to replace my ranger.”

While Funda’s position has elevated to Chief Ranger, his heart is still with the rangers working in field. Funda is not in the field as much as previously, which means he is able to enjoy warm meals and a soft bed to sleep on. However, he never forgets the ranger in the field that has sacrificed everything, full knowing they can be killed in the bush by ruthless poachers, all to protect South Africa’s wildlife. One thing is certain in these terrible poaching times – field rangers are an irreplaceable force.

The Rhino Conservation Awards have been held annually since 2012, celebrating those that continue to fight in the rhino poaching war. The 2017 ceremony will be held on the 21st of August, under the patronage of Prince Albert II of Monaco. The Awards were founded by Dr Larry Hansen and Miss Xiaoyang Yu, are sponsored by ZEISS, and are held in collaboration with the South African Department of Environmental Affairs and the Game Rangers Association of Africa.

Nominations were extended until 7 July 2017, and are invited from all African rhino range states.

There are five categories for nomination, for activities occurring between July 2016 and June 2017: