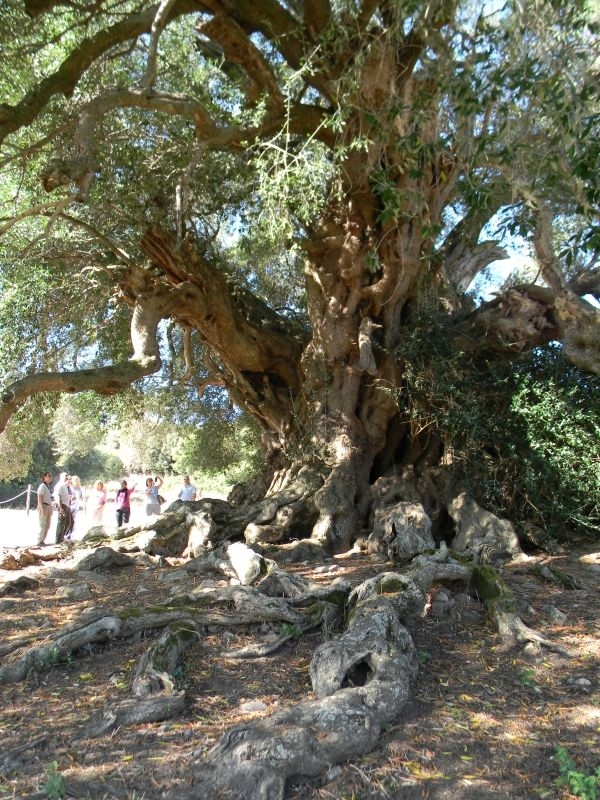 I walk through the landscape. Italy is so a big and amazing place to discover. We have a long history, a great artistic heritage from the Etrurian age, the Roman Empire, the Middle Ages local cultures and towns, the Renaissance masterpieces, etc. When a person, everywhere in the World, think about Italy probably imagine about Leonardo da Vinci, Rome, Venice’ channels, Caravaggio, Michelangelo or Dante’s Commedia. Or about pizza, if you prefer. But Italy is also the country in Europe with the largest number of arboreal species , more than 5000 species of plants, with a so wide biodiversity: from the sunny lands in the South to the high Alps in the North. Plains, lakes, rivers, high valleys, coasts, islands.

I write books about big trees in Italy. I take pictures about them. I map out itineraries for tree seekers and tree huggers. First step is to discover these big creatures. So I pass a lot of time walking, moving, climbing hills and mountains, crossing woods, measuring trunks and crowns, photographing. Second step is describing, writing, trying to communicate the existence of these heritage trees. Third step: composing a book. Sometimes I plan a book about different places and histories. Sometimes I arrange what I call, in Italian, a “taccuino”, a notebook, a “taccuino per cercatori di alberi”, a “notebook for tree seekers”. In this case I select a place, I depict the environment of a specific place as a botanic garden, a wood, or a region, or an itinerary. So I published notebooks dedicated to the Hanbury Botanic Gardens in Ventimiglia (Liguria), about itineraries of the Moreton Bay Figs in the towns of Sanremo and Bordighera (Liguria), about the big trees in the region where I live (Piedmont, main city is Turin), about the woody heart of Tuscany, the Maremma or again about Sardinia where we have our oldest tree, an Oleaster of 4000 years old in Luras.

First of all the list of our oldest trees:

You could touch main cities looking for the biggest trees: in Turin you could go to the park of Tesoriera where you could find a London Plane (Platanus acerifolia) of 660 cm of circumference of the girth, more than 160 years old, in Milan in the public park Indro Montanelli to see the 300 years old oak (Quercus robur), in Florence to the park called “Bobolino” to find our greatest California Incense-Cedar (Calocedrus decurrens); in Rome in the park of Villa Borghese to walk around the eleven oriental planes (Platanus orientalis) planted around the year 1600, or in Palermo and Cagliari to meet our great Australian trees, the Moreton Bay Figs (Ficus macrophylla) planted since the years 1845 and now very big and strong Green Monuments. From Australia we have today different species of Eucalyptus (camaldulensis, botryoides, globules) and Araucaria.

But our oldest and biggest trees are far from the city, they alive in valleys, in high woods, and in our main islands, Sardinia and Sicily. A lots of great oaks and chestnuts in the center of Italy – Emilia Romagna, Tuscany, Lazio, Marche, Abruzzo, Molise and Umbria. Great Specimens of Camphor Trees (Cinnamomum camphora) are around our lakes in the north of the country, as Lake Maggiore and Lake of Garda. A great number of redwoods and giant sequoias are in my region, the Piedmont: I find trees of 150 years old, 45-50 meters tall, 9 and 10 meters of circumference of the girth. But the oldest one, a Sequoia sempervirens, is probably in Genoa, the main harbor in Liguria, at the Botanic Garden, planted in the year 1837.

I consider myself a “uomo radice”, a Root Man, a soul traveling through the Italian and the European landscape to find great trees and to practice my real and poetic roots.

Bio note: Tiziano Fratus is born in the city of Bergamo in the year 1975. He’s a Root Man and a Tree Seeker. He published some book of poems in Italy and around the world, the last collection is Poesie luterane (Lutheran Poems, 2011). His bestseller is titled Homo Radix. Appunti per un cercatore di alberi (A Root Man. Notes for a Tree Seeker, 2010) connected with an acclaimed photo exhibition. He draws itineraries for tree huggers in several regions.