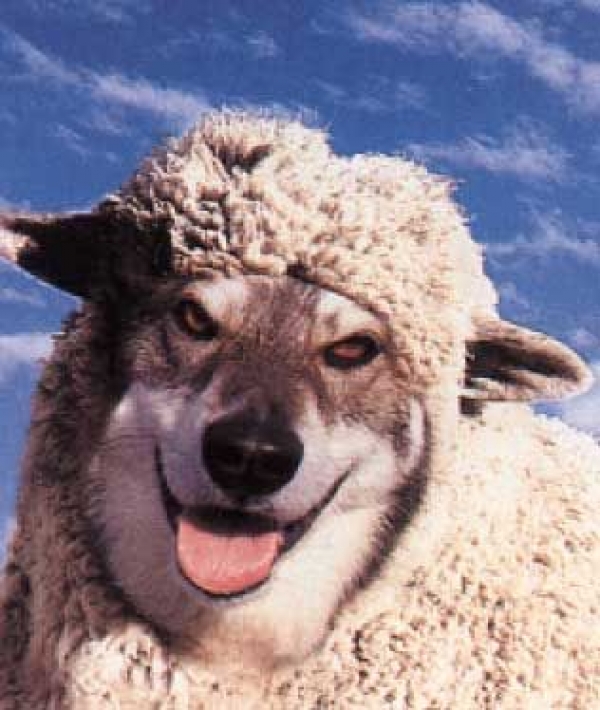 A wolf in sheep’s clothing, we’ll all agree, is a dangerous beast. Yet, here in the UNFCCC wolves are walking among us on a daily basis, some easier to spot than others. Politicians are meant to be the masters of disguise, and some of their disguise attempts, while feeble, are passing muster. This article aims to reveal the wolf’s teeth and claws underlying the sheepish disguise of carbon capture and storage under the clean development mechanism.

One of the most devilish wolves is set to be passed under the UNFCCC’s clean development mechanism (CDM). The CDM is meant to be a mechanism through which more climate- and environmentally-friendly forms of development are encouraged through various different financial mechanisms, yet a proposed form of CDM, which could more accurately be described as a Climate Death Mechanism, is going through to the ministers for final approval today. Having passed through informal consultation, the proposed CDM is Carbon Capture and Storage (CCS), a method of carbon sequestration whereby carbon emissions from fossil fuel industry are stored deep underground. This might seem like a novel bridging technology between clean and dirty technology, but don’t let the wolf fool you, the devil is in the detail.

CCS under the CDM is in part meant to be a form of technology transfer from the developed world to the developing world in order to facilitate climate justice by making those who caused most of climate change help those who will be most affected by it develop in a more sustainable manner. Developed countries on their part will receive carbon credits for their “noble” efforts. The problem, however, is that CCS violates a CDM executive board decision, that “CDM shall only make use of technologies which are proven under field conditions and shows general acceptance of the technology.” Far from meeting this criteria, however, CCS projects are getting cancelled for being financially and practically unfeasible the globe over (including the developed world) and there is currently no large scale demonstration coal plant with CCS anywhere in the world, according to a recent Greenpeace report.

Not an energy producing technology

Furthermore, the CCS is not an energy producing technology and far from helping developing countries get access to energy it is an energy intensive process that burns 10-40% more coal. What it will do is subsidize the fossil fuel industry by giving carbon credits to fossil fuel generation, and diverting funds, which could be used for cleaner renewable technologies. Furthermore, the most common form of CCS called Enhanced Oil Recovery will help to expand and prolong oil extraction, which hardly seems to be a climate-friendly development. Not only is the technology problematic and untested, but the consequences of the technology are expensive long-term liabilities in the form of CO2 waste sites, which need to be carefully managed and monitored for decades to come. By who, you may ask? The proposal put forward to ministers for approval, states that it will be up to the host country to manage their waste sites.

In sum CCS exports problematic and untested technology from the first to third world, rewards the first world with carbon credits, and leaves the third world with a problematic waste site to deal with for decades to come, while not helping them to move away from fossil fuels, nor produce more energy. I’m not sure that is what the initial architects of CDM had in mind, but I do doubt it. So surely the wolves’ claws are plain for everyone to see? Well, perhaps not…

South Africa’s Environmental Minister, Edna Molewa, when justifying South Africa’s planned construction of two coal power plants in a press briefing last week, claimed that they aren’t the same power plants from the 50’s and 60’s, and aimed to use new technologies to make them cleaner. CCS, of course, is one of those technologies. On Monday, however, when questioned about South Africa’s problematic and highly contested roll out of coal, Alf Wills, South Africa’s lead negotiator at COP 17, simply laughed and said, “Different interest groups”. The subtext behind such a statement in South Africa where corruption is rife and there exists a problematic relationship between Eskom (the company behind all our wonderful coal plants) and the government certainly says a considerable amount.

Spotting a wolf in sheep’s clothing

It may sometimes be hard to spot a wolf in sheep’s clothing, but it’s even harder if you can’t actually take a good look at the wolf. The UNFCCC seems set to make it increasingly difficult to do so, for under the AWG-KP work is being done by various countries to try and remove transparency from the CDM process. In both open and closed meetings three paragraphs on transparency, consistency efficiency and regulation are being opposed and even the word environmental integrity seems unwelcome or questionable.

So, to do the math, if we put together a problematic untested technology, under a non-transparent process, in a country renowned for corruption where Eskom has more influence than it should justifiably have, coupled with a proven willingness to circumvent energy policy, it’s unlikely that we’ll come out with clean development. What we will come out with is an expansion of coal power plants, short-term benefits in the form of carbon credits, less investment in renewable technology and waste sites to manage for decades to come. Call me a sensationalist, if you will, but given the serious need to reduce our carbon emissions, CCS, because it diverts precious funds away from proper clean development mechanisms, seems more like a climate death mechanism to me.