We have constantly been made aware of the dangers of climate change in recent years, as global temperatures continue to rise and natural disasters affect human settlement more frequently. The dialogue of world leaders repeatedly emphasises the need to focus on the development of a green economy to ensure the wellbeing of our planet.

In working towards achieving the county’s necessary green goals, the WWF Nedbank Green Trust is sponsoring a two-year programme to lay the foundation for South Africa’s practical transition to a lower-carbon, climate-resilient economy.

An essential component of this programme is the integration and streamlining of the many and various green-economy development plans and programmes within government departments such as energy, trade, agriculture, water and health.

“It’s extremely important as it is all about developing policy instruments that can be practically implemented by citizens and business in South Africa to bring down our carbon emissions. One example is the implementation of a carbon budget, where every sector of the economy is officially limited to a specified amount of carbon that they can emit.”

As indicated in the Integrated Energy Planning Report, the generation of approximately 4 000 MW of power has been allocated to independent renewable-energy producers, who will feed into the national grid and help South Africa to meet its current energy requirement of 40 000 MW.

Power supplied by independent renewable-energy power producers will increase to 19 000 MW by 2030 when South Africa’s energy requirements will be an estimated 66 000 to 70 000 MW.

The programme is also partnering with the Department of Environmental Affairs (DEA) to build the necessary capacity to take the National Climate Change Response Policy forward.

Winner of the 2014 South African Energy Efficiency Association Patron Award and Nedbank Carbon Specialist, Dr Marco Lotz, says that the bank becoming carbon-neutral is evidence of our desire to be the most admired bank on all fronts.

How to go carbon neutral

This milestone was achieved by reducing our own annual impact as much as possible first, and then offsetting the remainder of the footprint. Footprint reductions are achieved through a variety of initiatives – from internal behavioural change to working towards clear reduction targets in terms of paper, water, electricity, waste, travel and carbon emissions. As a result, greenhouse gas emissions for each fulltime employee have significantly decreased since 2009. 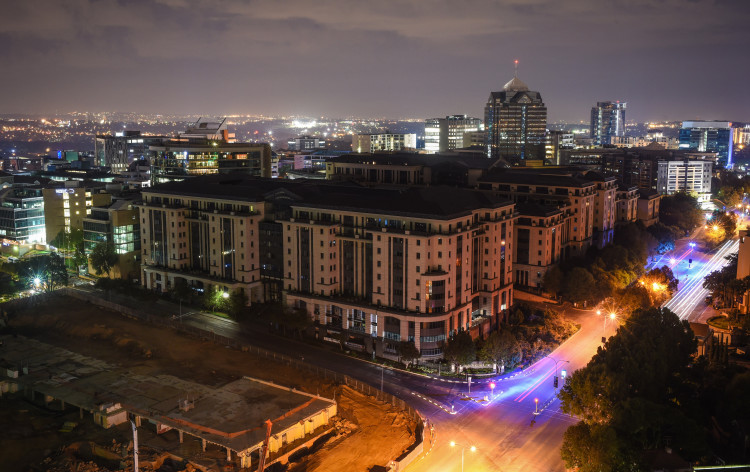 Marco has been part of Nedbank’s Carbon Disclosure Project from the initial stages and has played a significant role in helping the bank reduce its energy consumption.

“Disclosures including the Carbon Disclosure Project, has helped move climate change and energy efficiency onto the business radar and into mainstream business thinking. Companies are better able to protect themselves from the impacts of climate change and to become more energy efficient. That said, the project needs to keep evolving to capture the ever-changing sustainability space,” says Marco.

It’s not only large corporations that calculate their carbon emissions that need to be cognisant of their energy consumption. This year Nedbank and the WWF called on everyone, individuals and corporations alike, to join the Earth Hour campaign and be a part of the growing movement for change.
“Earth Hour is a fantastic campaign that highlights the power we all have to be effective proponents for climate change awareness. By switching off our lights and non-essential appliances on 28 March 2015 between 20:30 and 21:30 we automatically became advocates for South Africa achieving a greener economy,” explains Marco.

Nedbank encouraged all 30 000 of its staff members across its 22 campus sites and 170 branches to participate in last year’s Earth Hour. A total of 575 MW of electricity was saved by South Africans during this hour, which translated into enough electricity to power the city of Polokwane for an hour. This past weekend they participated again, with the aim to make an even bigger and more significant difference.