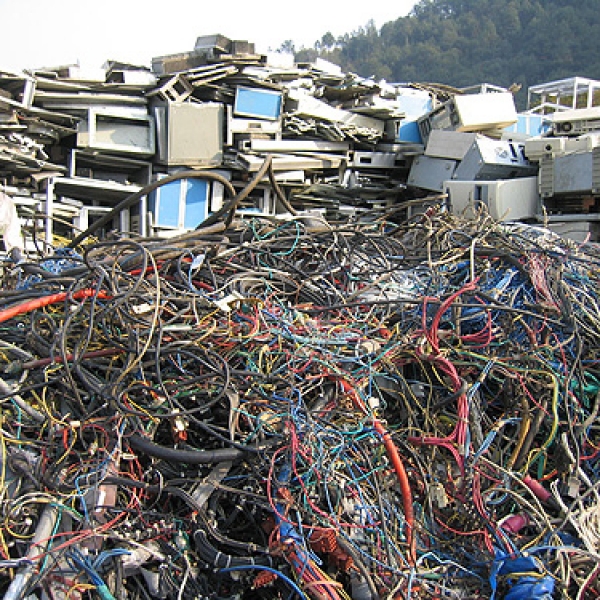 Greenpeace greener electronic ranking has shown how actions speak louder than words for the electronics industry as Philips and HP introduce new transformative products, but Toshiba and Microsoft fail to act on promises

The Greenpeace Guide to Greener Electronics shows significant separation between companies that are failing to keep their environmental commitments and those that are making significant gains in phasing out toxic chemicals, increasing energy efficiency, and making it easier for consumers to recycle older products.

They can also interfere with thyroid and oestrogen hormone systems and exposure in the womb has been linked to behavioural problems. The Econova TV puts Philips on track to meet its commitment to phase out these hazardous substances by the end the year, well ahead of other TV manufacturers.

Gulf between innovation and promises

‘There is a growing gulf between companies that are consistently innovating and leading by releasing greener products and companies that just make big promises,’ said Greenpeace toxics campaigner Casey Harrell. ‘By launching a PVC- and BFR-free TV, Philips has overcome the technical hurdles to removing these toxic substances from this product group – there is now no excuse for other TV manufacturers not to follow.’

New products free of PVC and BFRs have been put on the shelves by Acer, the Indian companies Wipro and HCL, and HP, which now has several lines of notebooks, desktops and most recently a PVC-free printer. In contrast, Toshiba, LGE, Samsung, Dell and Lenovo still have no whole PC product lines free from these substances. Polyvinyl chloride (PVC) is a plastic used in some electronics products and for insulation on wires and cables. Chlorinated dioxins and furans are released when PVC is produced or disposed of by incineration (or simply burning). These chemicals are highly persistent in the environment and many are toxic even in very low concentrations.

Toshiba is served a second penalty point this year for misleading its customers about its commitments and a first penalty point is imposed on Microsoft for backtracking on commitments to remove these toxic substances. Several other companies continue to be weighed down by penalty points for failing to meet their phase out commitments, including LGE, Samsung, Dell and Lenovo.

The leaders in cleaner cell phones

Nokia and Sony Ericsson remain well ahead in 1st and 2nd place for producing products free of the most hazardous substances, including PVC/BFRs, antimony, beryllium, and phthlates. HP, Samsung and Lenovo are the biggest climbers in this edition. Samsung climbs to 5th place from 13th, despite retaining a penalty points for backtracking on its commitment to eliminate PVC and BFRs.

Apple takes the biggest drop, not because it has lost any points but because several other companies have overtaken it. LGE and Toshiba, both previously among the leaders, now take 14th and 16th place, showing that in this fast moving and innovative sector that standing still is just not good enough.

Although scores on Waste and Recycling show the least progress overall, Panasonic is rewarded for initiating voluntary take-back and recycling of its TVs in India, the first programme of its kind for TVs outside the OECD and another first for TVs. However, the industry as a whole is failing to expand current take-back programmes to achieve global reach.

Lack of ambition in other brands

‘Panasonic is stepping up to the challenge of taking responsibility for its end-of-life TVs, but further company initiatives to take-back and recycle e-waste outside the rich world are desperately needed; Panasonic’s programme could jump start this process,’ said Harrell. ‘These encouraging developments on both greener products and e-waste are welcome; its unfortunate that they also highlight the lack of ambition of those that lag behind.’

Toshiba, Samsung, LGE, Dell and Lenovo continue to be penalised in this latest version of the Guide for backtracking on their commitments to phase out PVC and BFRs. Toshiba is served with a further penalty point for misleading its customers and Greenpeace by not admitting that it would not meet its commitment. In addition, Microsoft is served with a penalty point for the first time for backtracking on its commitment to phase out PVC and BFRs by the end of 2010.