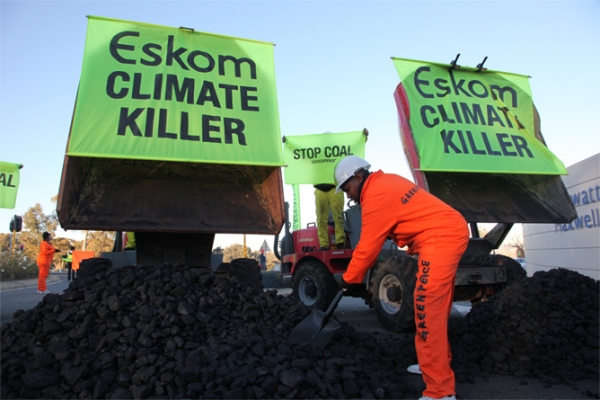 Greenpeace activists have chained themselves to the entrance of Megawatt Park, Eskom’s headquarters in Johannesburg.

“Eskom is under new management,” the protesters announced in a banner dropped by a team of climbers, said Greenpeace spokeswoman Fiona Musana.

The banner carried the logos of Greenpeace, groundWork and Earthlife Africa — organisations which campaign for environmental protection, clean air and renewable energy.

The action was taken “to confront Eskom over bad choices and demand new management”, said Musana.

“We are having a brief conversation with Eskom management,” she said. 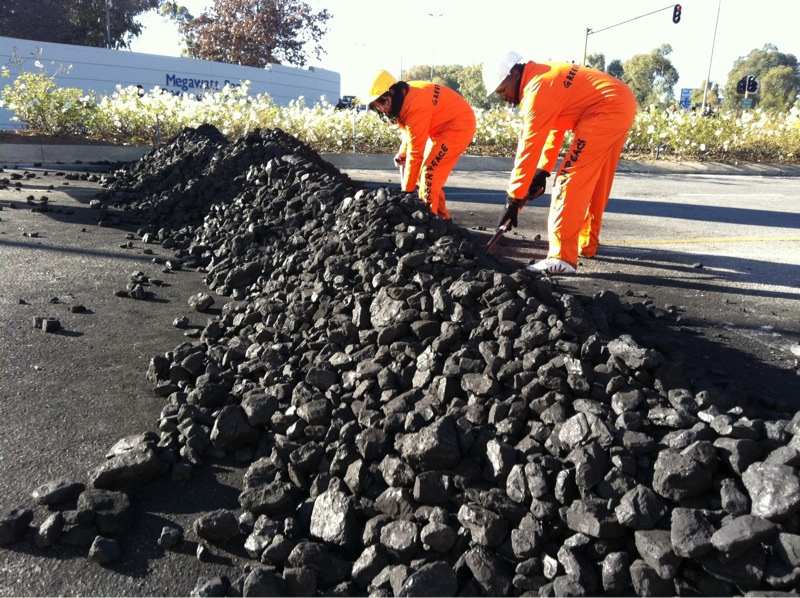 The “new management” chained themselves to a table outside the building.

Lekalakala said the action had been prompted, in part, by Eskom’s decision to seek an increase in electricity tariffs, announced on Monday.

Another factor had been a perceived lack of interest in renewable energy.

“There has been an outcry from the public for Eskom to massively invest in renewable energy. They have ignored this, and continued in their addiction to coal,” she said.

Greenpeace and the other organisations promised to listen to the people and phase out coal generation in favour of renewable energy. Eskom should include them as part of the management team, said Lekalakala.

“We are also making a statement by occupying this space. Eskom belongs to the people, it doesn’t belong to corporates.”

Peek said the health of communities was affected by toxic by products from coal, and as a result suffered from chronic respiratory diseases.

Steele condemned Eskom’s water usage as a result of its reliance on coal.

No substitute for water

“There are effective alternatives to coal, but there is no substitute for water,” she said.

Eskom used 10,000 litres of water a second, according to Greenpeace.

“We don’t have any objection to peaceful protest,” said Eskom spokeswoman Hilary Joffe.

“We do engage with NGOs [non-governmental organisations] and I think we all have the same objectives as a country. We want to secure the supply of electricity, give access to energy for all, and cleaner electricity. The debate is about how we get there.” 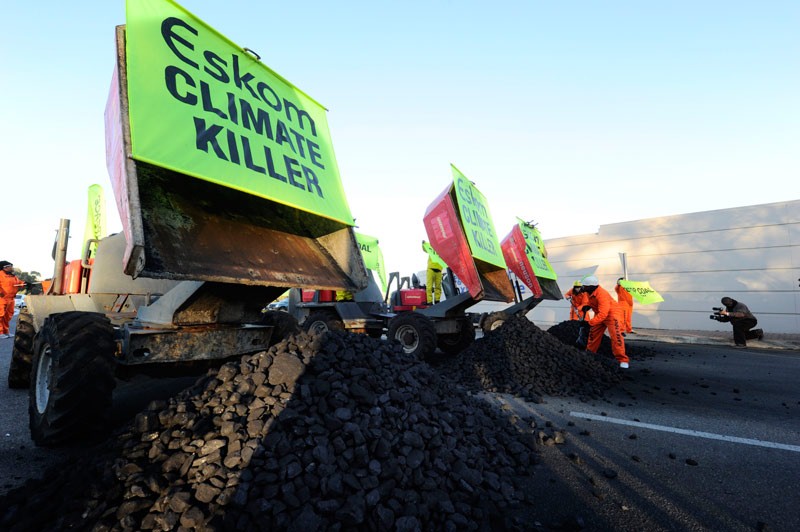 On Monday, Eskom put forward an application for a 16 percent tariff hike a year for the next five years.

Of this increase, 3% would go towards the cost of renewable energy produced by independent companies.

Eskom’s average generation cost over this period was only 30 cents per kilowatt hour, compared to around R2 per kWh for renewable energy.

“The point to be made is that the cost of energy from independent power producers is up to 10 times Eskom’s current cost of generation,” she said.

As a result, South Africans needed to ask how quickly renewable energy could, and should, be brought into the energy mix, she added.