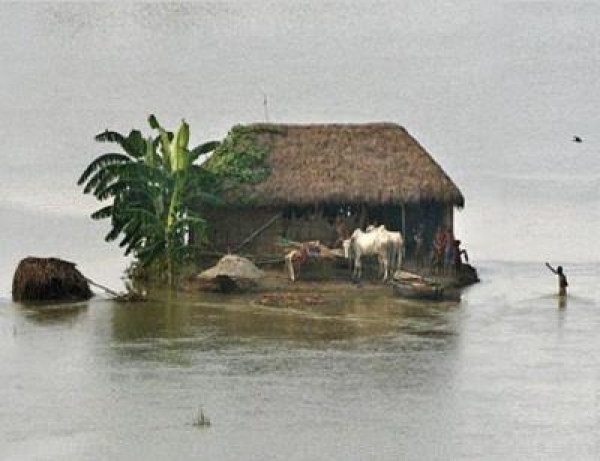 ‘Climate change will undermine development efforts in Africa and the rest of the developing world.’

‘Developing countries are the most vulnerable to climate change due to their low adaptive capacity and growing dependence on resources sensitive to changes in climate,’ according to the publication Climate Governance in Africa – Adaptation Strategies and Institutions.

The most vulnerably sectors identified are agriculture, water, energy, health, wildlife and tourism and poverty reduction. The majority of Sub-Saharan Africa’s population is dependent on rain-fed agriculture. In some countries crop yields are predicted to fall by 50% by 2050, while arable land will decline by 6%.

Food security and access to food will be severely compromised by climate change, and rural communities will face the worst impacts.

Climate change to be integrated into all policy-making

Numerous studies have been carried out on different aspects of climate change, including its impacts and adaptation needs in Africa, but few have looked into the capacities for adaptation governance. In order to understand these realities, and the state of adaptation preparedness in Africa, Heinrich Böll Stiftung (HBS) regional offices for East, West and Southern Africa commissioned case studies in Botswana, South Africa, Zimbabwe, Kenya, Uganda, Tanzania, and Nigeria.

Climate change is a global problem that requires global solutions, but requires the active involvement of national and local-level stakeholders in shaping and implementing the solutions. Adaptive capacity is dependent on policies and strategies that are put in place to respond to the needs as well as enhance the resilience of the most vulnerable systems and groups in society.

Most countries, such as Nigeria and Zimbabwe, lack a coherent policy framework for climate change adaptation. Such countries have not embarked on a comprehensive planning process for adapting to climate change, often articulated in National Adaptation Plans of Action (NAPA) and/or National Climate Change Response Strategies (NCCRS).

The environment and development policy frameworks have a tendency to place climate change adaptation solely on the shoulders of the environment sector. This limits public and decision makers’ understanding of climate change impacts and the implications for national economies.

A review of agricultural policy revealed a bias towards macro-economic interests in terms of commercial agriculture and technological transfer, while the needs of subsistence farmers were under-represented.

Capital interests have led to displacements of local land owners and resource users in rural communities to make way for tourism, commercial forestry and agriculture for export. This has left a significant number of rural dwellers landless, without access to biodiversity and natural resources and highly vulnerable to the impacts of climate change.

National adaptation strategies do not adequately address aspects of inequality and gender. Most of the vulnerable sectors such as agriculture, biodiversity and water have major gaps in their provisions for gender-related differential impacts of climate change.

Enabling provisions which include, among others, security of tenure, provision of technical information such as meteorological and weather forecasts and access to micro-finance, as well as opportunities for productive employment are often not adequately and appropriately extended to women.

Governance principles such as equity, stakeholder participation, accountability and transparency are consequently undermined. Of the eight countries covered in this review only three (Uganda, Ghana and Tanzania) followed a participatory approach of stakeholders to V&A assessments and the development of adaptation responses.

Climate to be mainstreamed – Recommendations by HBS:

Overall, adaptation governance in Africa calls for a review of the quality of growth and development processes, an emphasis on equity as well as improvement of the level of public engagement in the formulation of national responses.