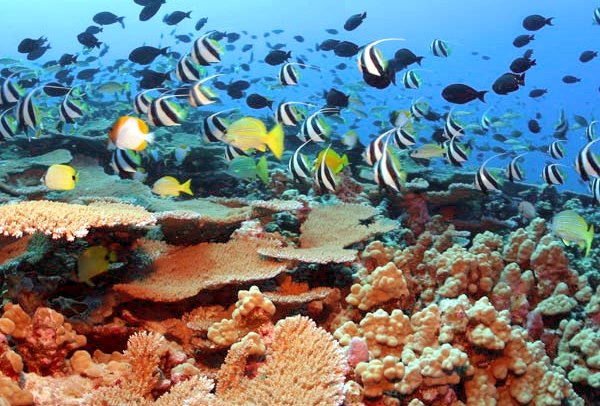 The largest swath of protected ocean ever could be created in weeks, simply with Obama’s signature.

But Hawaii’s powerful fishing lobby has won a public comment period before the deal closes and without a wave of voices supporting the dolphins, sharks, turtles and more who depend on this sea, everything could be lost.

Insiders say that Obama wants to hear from the international community, knowing that protecting the ocean is a global task, and a failure not only threatens the majestic creatures in the sea, it threatens all of our survival. Add your name now to show him we’re all in this together – when enough people have signed and messaged we’ll deliver our voices directly to the White House and to the local leaders in Hawaii who need our support:

To save our oceans, experts say we need to set aside as much as 30% in protected areas as soon as possible. This reserve would be a huge step in that direction, protecting 1.6 million square kilometers of ocean habitat home to over 7,000 species, a quarter of which can’t be found anywhere else on the planet. It’s a stunning piece of our precious biodiversity that we can’t afford to lose.

But Papahānaumokuākea is also unique because experts say it’s an exceptional ‘climate refuge’. As our oceans heat up, marine life is traveling to cooler waters – and this reserve is big enough and placed perfectly to span both tropical and more temperate ocean. That means it could maintain coral reef – and the critical biodiversity it sustains – in a way that most other places on Earth won’t be able to.

President Obama – who is from Hawaii – has overseen the creation of several critical protected areas, but this could be a new crowning achievement – one that he could announce at home in Hawaii at a major conference in September.

We’ve fought for and won protected areas around the world, including off the coast of Hawaii just two years ago – where we beat these very same lobbyists. Let’s show everyone from the locals behind the project to Obama himself that the world is 100% behind this plan.

The fishing industry doesn’t have a leg to stand on in the debate. They want to be able to keep fishing big-eye tuna in the area – but they’ve already fished out 86% of the world’s stock of the species. And not only that, they only get about 5% of their catch from within these waters, and would be free to keep fishing anywhere else in international waters. But they’re powerful lobbyists and they’re making their case heard – let’s make sure we drown them out!