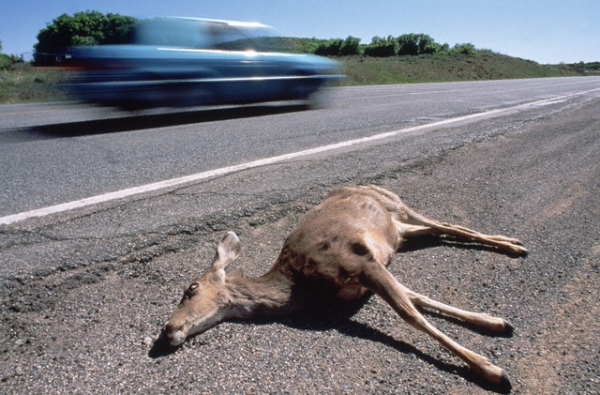 October is Transport Month in South Africa, and emphasis is placed on the safety of all road users – that includes the safety of you, your family and friends, and our wildlife. Together we can all make a difference on our country’s roads ….. will you?

Transport Month is an annual feature on the calendar of the Department of Transport and is one of the platforms and vehicles through which the Department engages directly with its stakeholders. The Endangered Wildlife Trust’s Wildlife & Transport Programme (EWT-WTP) is also championing Transport Month as a platform to introduce you to some of their exciting activities and ongoing work.

Claire Patterson-Abrolat, Manager of the Wildlife and Transport Programme, commented:

“South Africa’s R300-billion public infrastructure programme, including those projects that will provide transport infrastructure, were given strong emphasis by President Jacob Zuma in his 2012 State of the Nation Address. Since 1994 the democratically elected government has sought to address backlogs in service delivery and development to ensure that South Africans begin to live the rights enshrined in our Constitution. For many South Africans, an efficient transport system will improve the quality of their lives with services, places of work, study and entertainment becoming more accessible.”

The threat to biodiversity

But what of the threat to biodiversity? The various forms of transport have all been reported to impact negatively on wildlife. Direct collision is the most evident impact due to its visual nature, but the disruption of ecological processes is equally important.

Loss of habitat, habitat fragmentation, degradation of habitat, road and railway avoidance, increased human exploitation, reduced access to habitats, population fragmentation and disruption of processes which maintain regional populations are just some of the ways in which roads and railways can affect biodiversity.

One of our success stories this year involved mitigating the impacts of roads on the Western Leopard Toad (WLT). In August to October 2013, the EWT’s WTP and Threatened Amphibian Programme (TAP) worked in conjunction with TOAD NUTS (Noordhoek Unpaid Toad Savers) to expand on their roadkill mitigation project in Noordhoek, for the Endangered Western Leopard Toad (Amietophrynus pantherinus).

The WLT is a coastal species whose natural habitat used to extend from Hermanus to Melkbosstrand along the Western Cape coastline but in the past ten years their available habitat and numbers have declined dramatically. The most critical threat facing this species is that of roadkill!

In addition to these visible results, human-safety of the patrollers has been improved due to less time being spent patrolling the road.

“In addition to our extensive work with roads and wildlife in South Africa, the EWT-WTP is also monitoring the impacts of aircraft, rail and shipping on our country’s wildlife. Collisions between aircraft and birds have posed a serious safety concern to the aviation industry for many years, due to the potentially serious consequences for people, the industry and biodiversity. As a result of this concern, our Programme developed risk assessment and monitoring systems, a policy framework and best practice to guide mitigation strategies to reduce strikes,” said Patterson-Abrolat.

“In addition, skills development and training of airports staff as well as awareness-raising of the importance of the issue amongst all stakeholders was undertaken. Since then, we have assisted airports to manage their airfields in an environmentally sensitive manner whilst addressing passenger safety concerns,” he added.

The impact of rail is yet to be fully understood in South Africa and few global studies exist that examine the impacts of trains on biodiversity. Most data are taken from state or provincial rail administrators, although data collected by Pongola Game Reserve over a 10-year period, found 17 elephant killed by trains on a 30 km section of track with further anecdotal data concerning Black and White Rhino. Wildlife was also found with limbs amputated by trains as they attempted to cross the track.

“Collisions between marine mammals and shipping vessels are also data deficient, although the WTP is working hard to quantify this threat. We have received reports of many species of whales, dolphins, turtles and sharks injured or killed though collisions with marine vessels, and have commissioned a study into the scope and extent of this potential threat to our marine wildlife. We are extremely excited to announce that, whilst the final publication of the draft has been delayed, this is due to the report now being converted into a scientific paper for international publication in a peer-reviewed journal,” concluded Patterson-Abrolat.

The EWT-WTP is hosting a range of events this October. These include:

The WTP is supported by Bridgestone SA and Arrow Bulk Logistics. For further information about the Wildlife & Transport Programme, or if you would like to become involved, please contact Claire Patterson-Abrolat clairep@ewt.org.za or Wendy Collinson wendyc@ewt.org.za.