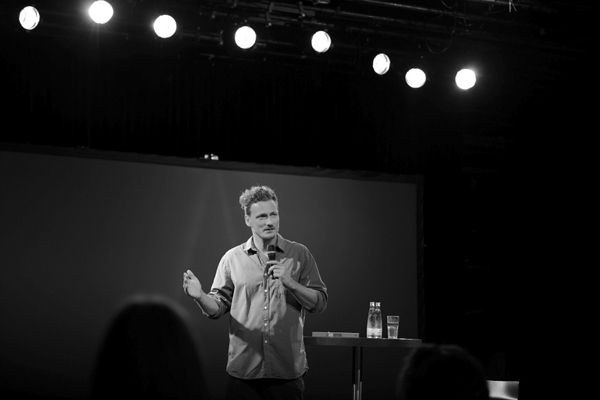 What is “goodvertising”? How can companies use a good message to promote their products? Last week, I attended a talk on the matter at the Sustain Our Africa Summit at the V&A Waterfront, Cape Town.

The speaker’s name is Thomas Kolster. He is the author of a brand new book called “Goodvertising”, about how advertising can be a force for good. Thomas is an enthusiastic and awarded advertising creative, with more than 12 years experience. He has worked for a diverse range of clients, from McDonalds to Amnesty International.

He explained that with the economy being in the position that it is in, companies are in a position where they need to do their best to attach “doing good” to their brand. It is now good for business to be seen as a company that cares about the environment and the future of our planet.

He used a few examples of companies that have used a good message to promote their products.

One of these examples was the AXE “shower pool” advertising campaign:

Another prominent example was Nike’s campaign about their recycled football jerseys:

Thomas explained how both of these companies have a target market that is difficult to get through to about environmental concerns, so they have used an advertising strategy that makes being environmentally friendly look sexy and cool.

According to Wikipedia, ‘Greenwashing or “green sheen”, is a form of spin in which green PR or green marketing is deceptively used to promote the perception that an organization’s aims and policies are environmentally friendly. Whether it is to increase profits or gain political support, greenwashing may be used to manipulate popular opinion to support otherwise questionable aims.’

What I found interesting about Thomas’ talk, was that he made me question whether or not greenwashing can actually be a good thing. An example that he used was Chanel, with their fashion show that featured wind turbines and solar panels as decoration.

These wind turbines were in fact running on electricity, and quite a lot of it for that matter. The solar panels were also not producing electricity. They were simply being used to put “eco” into a more “fashionable” light. While this can be seen as jumping on the band wagon, it can be argued that these high profile fashion shows actually determine where this “band wagon” is going, at least for some people. In this sense, it raises awareness to an otherwise difficult audience. Some people will only bother to make the necessary changes in their lives if they think that it will raise their social standing somehow. In this way, green washing actually results in education.

Thomas explained that brands need to use their power for good, promote a good message, and thus take small steps to change their company into a positive role model for their consumers.

You can order Thomas Kolster’s book “Goodvertising” from Amazon here.

See his full talk below: