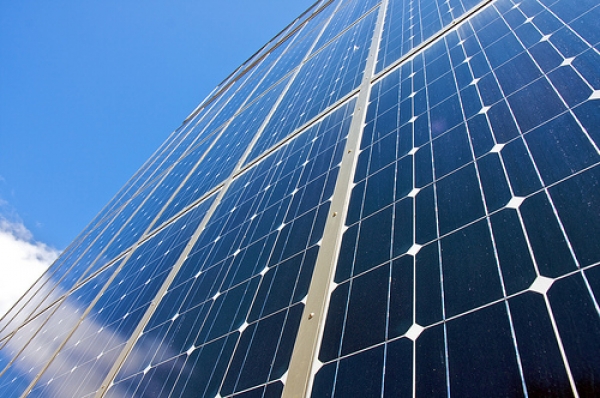 Hybrid cars, powered by a mixture of gas and electricity, have become a practical way to “go green” on the roads. Now researchers at Tel Aviv University are applying the term “hybrid” to power plants as well.

Most power plants, explains Prof. Avi Kribus of TAU’s School of Mechanical Engineering and its innovative new Renewable Energy Center, create power using fuel. And solar thermal power plants — which use high temperatures and pressure generated by sunlight to produce turbine movement — are currently the industry’s environmentally-friendly alternative. But it’s an expensive option, especially when it comes to equipment made from expensive metals and the solar high-accuracy concentrator technology used to harvest solar energy.

Now, a new technology Prof. Kribus has developed combines the use of conventional fuel with the lower pressures and temperatures of steam produced by solar power, allowing plants to be hybrid, replacing 25 to 50 percent of their fuel use with green energy. His method, which will be reported in a future issue of the Solar Energy Journal, presents a potentially cost-effective and realistic way to integrate solar technology into today’s power plants.

Taking down the temperature for savings

In a solar thermal power plant, sunlight is harvested to create hot high-pressure steam, approximately 400 to 500 degrees centigrade. This solar-produced steam is then used to rotate the turbines that generate electricity.

Though the environmental benefits over traditional power plants are undeniable, Prof. Kribus cautions that it is somewhat unrealistic economically for the current industry. “It’s complex solar technology,” he explains. The materials alone, which include pipes made from expensive metals designed to handle high pressures and temperatures, as well as fields of large mirrors needed to harvest and concentrate enough light, make the venture too costly to be widely implemented.

Instead, with his graduate student Maya Livshits, Prof. Kribus is developing an alternative technology, called a steam-injection gas turbine. “We combine a gas turbine, which works on hot air and not steam, and inject the solar-produced steam into the process,” he explains. “We still need to burn fuel to heat the air, but we add steam from low-temperature solar energy, approximately 200 degrees centigrade.” This hybrid cycle is not only highly efficient in terms of energy production, but the lowered pressure and heat requirements allow the solar part of the technology to use more cost-effective materials, such as common metals and low-cost solar collectors.

A bridge to green energy

The hybrid fuel and solar power system may not be entirely green, says Prof. Kribus, but it does offer a more realistic option for the short and medium term. Electricity from solar thermal power plants currently costs twice as much as electricity from traditional power plants, he notes. If this doesn’t change, the technology may never be widely adopted. The researchers hope that a hybrid plant will have a comparable cost to a fuel-based power plant, making the option of replacing a large fraction of fuel with solar energy competitive and viable.

The researchers are starting a collaboration with a university in India to develop this method in more detail, and are looking for corporate partnerships that are willing to put hybrid technology into use. It’s a stepping stone that will help introduce solar energy into the industry in an accessible and affordable way, Prof. Kribus says.