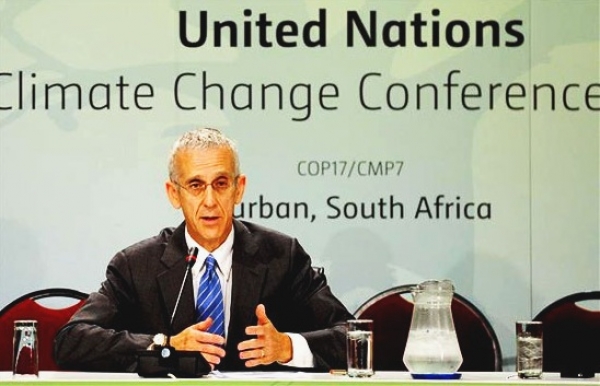 The African Group of countries at the United Nations climate negotiations reacted with disappointment at the latest statements by the Obama administration on the global climate talks.

Mr Stern has since issued a “clarification” stating that he was not intending to suggest the US did not support the goal, but that using an “approach that would guarantee such a goal… would only lead to stalemate” and that more “flexibility” was needed for nations’ targets.

Africa will feel the climate’s wrath

“Africa is at the forefront of climate impacts; science shows that temperature rise here is approximately 150% the global average, so even a 1.5C global target could mean over 2C for Africa.”

“That means the destruction of crops on a huge scale, as has occurred in the heatwave that the US is experiencing today. But in Africa these crops belong to subsistence farmers and the result is devastation and famine. This is not a game with numbers; it’s a question of peoples’ lives, and so I am not sure there is much space for the ‘flexibility’ Mr Stern has spoken of.”

“It is concerning that the US would now question the global goal it pushed for, and has agreed to numerous times internationally. It is more disappointing that in clarifying its position the Obama administration has said it ‘supports’ the goal but does not support an approach that guarantees achieving it.”

“It’s like they agree they want to have their cake, but they can’t agree not to eat it; it’s increasingly hard for us facing the impacts of climate change today to take a progressively weakening US position seriously. This is why Africa continues to push for a comprehensive global agreement based on what the science is telling us is required.”

“For every day of delay in changing the global emissions profile the costs of adaptation to climate change mount. Those costs are currently being paid by some of the world’s poorest and most vulnerable people: farmers, fishermen and the rural poor in Africa. The less that Mr Obama does today, the more he will owe these people tomorrow.”

By The African Group

The African Group is the group of 54 African countries represented in the UN climate change negotiations. Mr Seyni Nafo of Mali is its spokesperson.