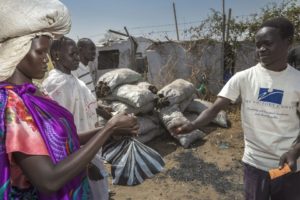 A whopping 70 percent of Sub-Saharan Africa still relies on charcoal as well as other solid biomass fuels for energy —80 percent when excluding South Africa. The charcoal use generates tiny soot particles that create and exasperate respiratory diseases and contribute to climate change. The World Health Organization (WHO) estimates that more than four million people die annually from cooking with biomass. The process also degrades forest cover, which in turn reduces rainfall and contributes to climate change, among other environmental impacts. Fortunately, it’s not too late for Sub-Saharan Africa to avert a charcoal-induced public health and environmental catastrophe and strengthen its energy independence and economic growth at the same time.

Charcoal is used mainly for cooking by the urban and peri-urban poor; firewood by rural populations. Urbanization drives charcoal’s rising demand in Sub-Saharan Africa: a 1 percent increase in urbanization is linked with a 14 percent rise in charcoal consumption. SSA is home to the world’s fastest-growing urban populations, which rose 15 percent from 2007 to 2017 (projected to double in the next 25 years). Adding further fuel to its increasing energy demand, Sub-Saharan Africa’s population is skyrocketing at an annual average of 2.55 percent from 2010 to 2015 with more than half of the world’s population growth expected to occur in Sub-Saharan Africa by 2050. 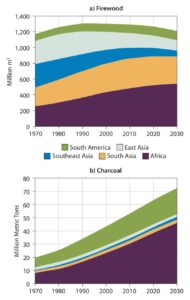 As shown in the 2011 figures from the Union of Concerned Scientists, global firewood use is expected to remain flat in the next 20 years while charcoal is expected to continue rising, mostly in Sub-Saharan Africa. The widespread rise in charcoal production brings massive health and environmental tolls: 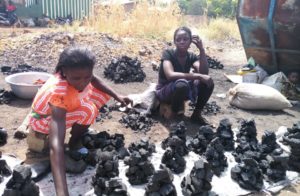 What can be done?

Research predicts firewood and charcoal will remain chief energy sources for Sub-Saharan Africa for the foreseeable future unless serious actions are taken forcing the transition to cleaner, renewable energy. According to the International Energy Agency, Sub-Saharan Africa will increase its demand for biomass fuels by 40 percent by 2040. This figure, in conjunction with Sub-Saharan Africa’s predicted burgeoning population, makes it hard to imagine how the world will achieve a switch to 70 to 85 percent renewables by 2040 as recommended by the International Panel on Climate Change to sufficiently reduce greenhouse gas emissions and avoid catastrophic climate change impacts.

Seen through the lens of climate change and forest conservation, the simplest solution seems to be swift bans on charcoal production as enacted in countries such as Chad, Kenya, and Malawi. Yet despite good intentions, sudden charcoal prohibitions without alternative energy sources have forced poor households dependent on charcoal to burn furniture, cow dung, and even their own homes for energy. In the face of charcoal bans, rural populations producing charcoal for sale to urban populations suffer sharp losses of income for food and household goods, schooling, housing, and medicine. Charcoal rivals other sectors of the national economy in much of Sub-Saharan Africa; for example in Tanzania, it generates far greater revenue than the tea and coffee sectors combined.

For countries like Uganda to start resembling Wakanda, they will need to find ways to both dramatically ramp up supply and demand of renewable energies and make existing charcoal value chains more sustainable. A broad portfolio of strategies exists to tackle the Sub-Saharan Africa charcoal challenge, which will need to be tailored for each context. 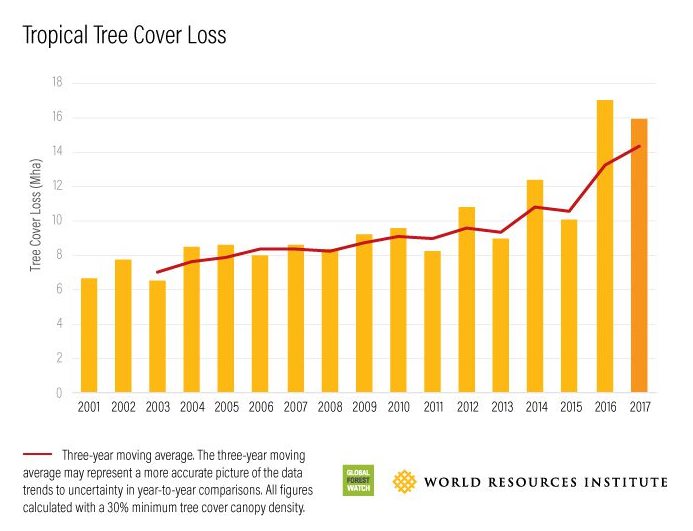 Here are some strategies: 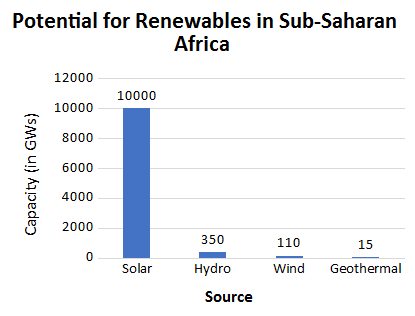 3. Government policies for improving and disrupting ‘business as usual’

An essential first step towards improving existing charcoal value chains is to revise market regulations to define sustainable sources and methods for charcoal production. For example, since 2002 Ghana’s Energy Commission has instituted guidelines on sustainable charcoal production, whereby only approved sources (sawmill residues or plantations established for charcoal production) may export charcoal. Additionally, programs will need to train traditional charcoal producers to employ efficient methods, develop awareness and disseminate efficient cookstoves, such as under Ghana’s Sustainable Energy Action Plan. Given the weak adoption of improved cookstoves to date, user-centered design is essential to map types of charcoal users and pinpoint where and what kinds of interventions are most needed. 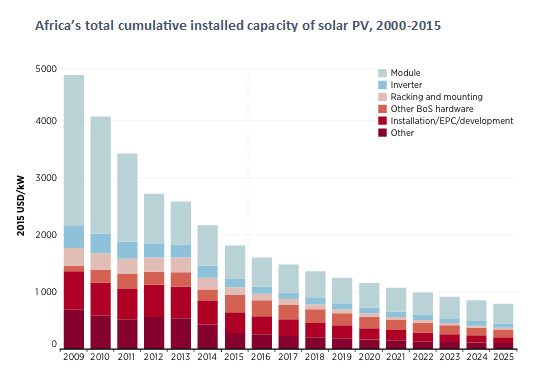 Despite rapidly falling costs and increasing installed capacity for charcoal alternatives such as solar photovoltaic panels in Sub-Saharan Africa (as shown in the 2016 figures below from IRENA), government policies are critical to promote these alternatives to their full potential. At a minimum, governments looking to raise revenues through import taxes should avoid taxing imports of materials and parts needed for solar or LPG, which would undercut the price advantage of these energy systems over charcoal. More proactively, governments can help by disseminating information and security to buyers of alternative energy systems. This can include testing equipment to make sure it meets standards (like the Energy Star efficiency certification program in the United States) and awareness campaigns to inform buyers what to look for in systems and how to use them. To help users avoid upfront costs for charcoal alternatives, governments can also support development of mobile money financing schemes, or at a minimum, explicitly make them legal. 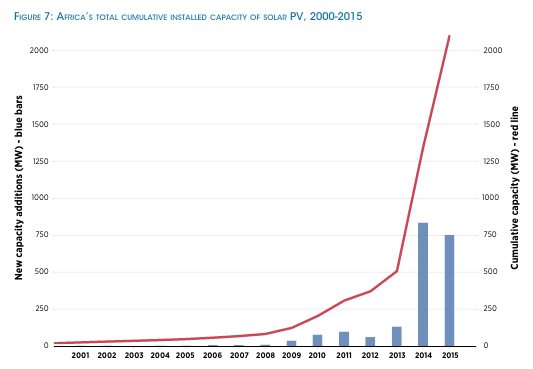 Identification and mapping of charcoal users will facilitate adoption of alternatives to power clean cookstoves either via grid or off-grid electricity access. Charcoal use reduction awareness and behavior change communications focused in urban areas, food vendors, and catering facilities have been found successful in encouraging adoption of charcoal alternatives. Such programs need to assess potential economic and social barriers to large-scale market diffusion, such as payback times, technical complexity and public awareness and trust in the technology. To avoid forming cultural barriers of charcoal alternatives as being seen as inferior, programs should avoid only targeting such energy systems to poor classes.

Though currently the charcoal business-as-usual outlook isn’t pretty for Sub-Saharan Africa, hope is not lost. With support from governments, civil society, and private sector entrepreneurs via the methods outlined above, solar power and other charcoal alternatives can help reduce deforestation, damage to women’s health, and mitigate climate change.

By John Costenbader and Gwen Andersen

John Costenbader is an environmental policy and natural resource management expert and Gwen Andersen is a renewable energy specialist.