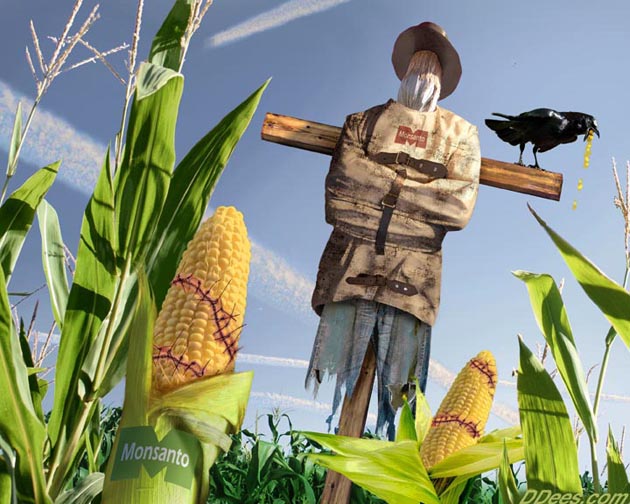 Non-governmental and farmer organisations from South Africa, Tanzania, Mozambique, Kenya and Uganda strongly condemn the go-ahead given by the South African GMO authorities for Monsanto to commercially sell its genetically modified (GM) “drought tolerant” maize seed for cultivation in South Africa. According to the groups, there is no evidence showing that the drought tolerant trait even works. According to Mariam Mayet of the ACB, “the GM maize (MON87460) has not undergone proper risk assessment anywhere in the world and has no history of safe use. South Africans who are already being force-fed with old risky GM traits will now be subject to an utterly new foreign, untested and risky transgene in their daily food.”

MON 87460 stems from of a Monsanto/Gates Foundation project, Water Efficient Maize for Africa (WEMA). Other key project partners include the Howard Buffet Foundation, the United States Agency for International Development (USAID) and the International Maize and Wheat Improvement Centre (CIMMYT). The project is being implemented in South Africa, Kenya, Uganda, Tanzania and Mozambique, and offers the GM drought tolerant maize to smallholder farmers in Africa as a ‘Climate Smart’ solution to abiotic stresses such as drought. So far, a whopping US$85 million has been injected into the WEMA project, while Monsanto has “donated” its drought-tolerant technology, which contains a bacterial coldshock protein gene (-csp), its insect resistant bt gene (Cry1Ab) and technical expertise.

The insect resistant gene (Cry1Ab) “donated” by Monsanto to WEMA is an old throw-away technology, now discontinued in South Africa, where massive pest resistance is widely reported. According to Daniel Maingi of the Kenya Food Rights Alliance, “a single drought tolerant gene is not up to the task of providing a solution to the complex physiology of drought tolerance. Ironically, using simple agroecological practices, such as organic matter and mulching, farmers can obtain even higher yield savings than this expensive technology offered by WEMA.”

The WEMA project has been slammed for strong-arming the governments of Tanzania and Mozambique into amending biosafety and seed laws in order to pave the way for eventual roll-out of the GM drought tolerant maize in those countries. In Kenya the import ban on GMOs is coming under increasing pressure from the WEMA project, and in Uganda pressure is being exerted on Parliamentarians to pass a permissive Biosafety Bill.

WEMA field trials began in late 2010 in Kenya and Uganda. However, regulatory issues as well as fierce resistance to GMOs have made commercialisation in these countries impossible. In Kenya, a Parliamentary Decree passed in 2012 banned the import of GMOs into the country, pending investigation into their potential impacts. A task force has reported to the Kenyan Parliament  concerns over lack of safety data on GMOs and related pesticides and lack of government capacity to assess and monitor the impact of GMOs.

According to Anne Maina of KBioC, “news that South Africa has allowed the commercial growing of Monsanto’s GM drought tolerant maize will greatly embolden the WEMA lobby into pressuring our Parliament to relax the current ban, despite the stark warnings of the GMO task force”. In Uganda, the National Biotechnology and Biosafety Bill was approved by Cabinet in May 2015, and according to ESAFF Uganda, there is tremendous pressure for Parliament to pass the Bill.

“Mock trials” have been held in Tanzania and Mozambique in 2009 and 2010 respectively. Both countries had “strict liability” provisions in their respective biosafety laws. Under severe and sustained pressure from scientists associated with the WEMA project, these provisions were changed to fault based liabilty. Abdallah Mkindi of the Tanzania Biodiversity Alliance (TABIO) said that “Tanzania had one of the best biosafety regimes on the continent, which has now been undemocratically amended so that this false climate solution – GM drought maize – can be introduced into the country. The real solution to prepare for climate change is to support smallholder producers to sustain and increase agricultural diversity and resilience, do away with harmful chemicals and place smallholders at the centre of control over their resources and decision-making.”

Mozambique’s Seed Law explicitly did not allow the importation of GM seed into the country. This law has been amended to allow for GM seed to be imported. The current seed law, approved by the Council of Ministers in 2013 and made available publicly in 2014, in terms of Article 47 (3), states that the importation of GMO seed is permitted under the provisions of specific legislation, contrary to Article 33 of the original law that forbade and banned the import and use of GM seed in Mozambique. Consequently, authorities in Mozambique approved field trials of GM drought tolerant maize in Chokwe. Agostinho Bento of UNAC, a member of La Via Campesina Africa, said that “the solution to hunger and climate change is food and seed sovereignty, but WEMA is rolling out the red carpet for agribusiness, which profits from creating farmer dependency on their risky products. We reject WEMA and Monsanto’s bogus drought tolerant GM maize and demand food sovereignty in our countries”.

According to Mayet, “the ACB is strongly considering appealling against the decision of the South African authorities in granting approval for this sham GM drought tolerant maize.”