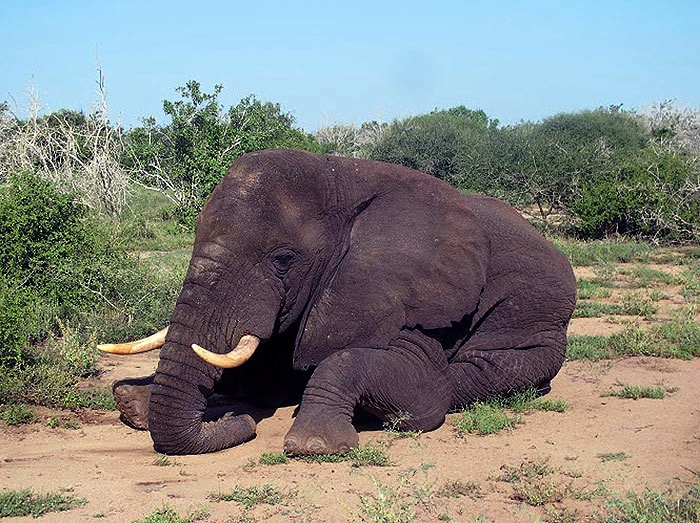 African elephants have just over 10 years left before they’re poached to extinction. We’re wiping them out, just to trade in stupid trinkets.

But right now we have a chance to shut down a major ivory market in Europe. After experts found Europe’s ‘antique’ trade is driving the slaughter of elephants by giving cover for illegal ivory, the EU launched a public consultation, asking for proof. If they get it a total ban is possible.

So the Avaaz team found a way to prove it.

Our community is teaming up with Oxford University and top wildlife investigators to source ivory across Europe, and then radiocarbon test it to tell its age. This could provide the sure-fire evidence to get the ban we need.

The consultation ends in weeks. If 50,000 of us donate now, we can get started today. Chip in what you can here, and let’s make sure this is not the elephants’ last decade.

Poachers are killing 100 elephants a day – shooting them from helicopters, or hacking their faces off while they’re still alive. It’s unbearably cruel. And the worst is the elephants understand what’s happening to them. They spend hours crying over dead family members.

The only way to save them is a global ban on this bloody business – and momentum has never been so strong. The US and China passed ivory bans. Hong Kong looks set to phase-out trade by 2021. And the EU just suspended exports of raw tusks. Now, they’re considering further restrictions.

Our evidence could be the trump card!

But it won’t be cheap. Avaaz may be the only crowdsourced funding model in the world able to raise enough, fast enough to get a massive, grassroots-supported, scientific study ready to lobby the EU just as it is considering a ban.

This is groundbreaking work – and the EU is asking for it right now, but no one else is ready to hit go on a project this ambitious.