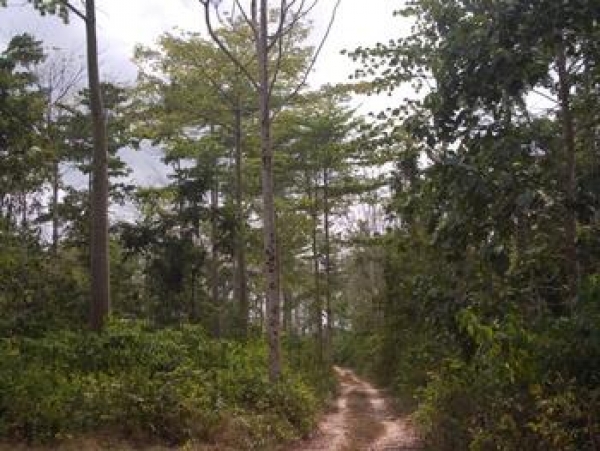 The prize is awarded annually by the World Future Council, a foundation that brings the interests of future generations to the centre of policy making. The jury which decided on the winning policies was composed of experts on sustainability and forests from all five continents.

Runners-up were forest policies from Bhutan, Nepal and Switzerland. The US Lacey Act’s 2008 amendment, which bans the import of illegally harvested wood, received the second Silver Award.

‘Rwanda has sought not only to make its forests a national priority, but has also used them as a platform to revolutionise its stances on women’s rights and create a healthy environment,’ explained Wangari Maathai, Founder of the Green Belt Movement, Nobel Peace Prize laureate and Honorary World Future Councillor. She passed away yesterday from cancer.

The Gambia’s Forest Department was one of the first administrations in Africa to introduce a community forest management approach. It has managed to achieve a net forest cover increase of 8.5 percent over the last two decades and is now being rewarded for it.

‘The jury has voted for two African policies that empower people,’ says Alexandra Wandel, Director of the World Future Council. ‘The winning African policies are so successful because they acknowledge that environment, economy and empowerment are strongly interconnected.’

Experts say that transferring land and resource ownership to local communities is a way out of the tragedy of the commons, and positive spillover effects can empower local African populations to take charge of their lives.

Lives in the balance

Today, the livelihoods of 1.6 billion people across the globe depend on forests. Deforestation, climate change, ecosystem destruction, food and water crises and financial turmoil are problems that call for courageous regulatory intervention.

Despite continuing population and land pressures, Rwanda is one of only three countries in Central and Western Africa to achieve a major reversal in the trend of declining forest cover. Its National Forest Policy, with the ambition of making forestry one of the bedrocks of the economy and of the national ecological balance, was implemented in 2004 and later updated in 2010. The government is currently implementing an Economic Development and Poverty Reduction Strategy which considers the reversal of deforestation to be a crucial factor in alleviating poverty, and has set the goal of increasing forest cover to 30 percent of the country by 2020. Forest cover has already increased by 37 percent since 1990.

The guiding principles of the National Forest Policy cover a wide range and reach, from the development of agro-forestry and sustainable forest management to the protection of endangered plant species and fragile ecological zones. It is a priority to involve all stakeholders, including public institutions, civil society, private operators, youth associations and women, in the implementation of the policy. The Rwandan people benefit from the restored forests through improved food security and poverty alleviation. This is due to the role that forests play in the prevention of land degradation and protection of watersheds; important preconditions for improving agricultural productivity and sustainability.

The Gambia’s Community Forest Policy won silver in the 2011 Future Policy Award as one of the world’s most inspiring, innovative and best forest policies. The 1995 policy aimed to achieve forest management that is both sustainable and socially equitable by recognising the rights of local communities to access forest lands and benefit from managing their own resources.

In this way, the rural population played a key role in local development and poverty reduction while decreasing forest degradation through public involvement in fire prevention and forest protection. Additional specific policy goals include maintaining forest cover of at least 30 percent of total land area and ensuring that 75 percent of this forest is managed and protected by communities. Over 350 villages country-wide now participate in community forestry, owning over 29,000 hectares of land and managing 12 percent of the country’s forests.

Despite being one of the world’s poorest countries with a rapidly growing population, The Gambia has managed to achieve a net forest cover increase of 8.5 percent over the last two decades. Both illegal logging and forest fires have been reduced in community managed areas and new markets for forest products have developed. This generates income – especially for women – and develops organisational capacity as well as market skills and understanding.

Community forest management can prove advantageous for social justice and equality. Public engagement in planning and implementation leads to local and decentralised decision-making and promotes self-governance. The rights of local communities are strengthened. These community gains of poverty reduction, women’s empowerment and public decision-making can spill over into other spheres of society and contribute to development.

While community forest management in Africa is no guarantee of local governance improvement or a shortcut to institutional transparency on the national level, it has proven, as the 2011 Future Policy Award highlights, to bring benefits too great to ignore.

‘Exemplary policy solutions do exist. The Future Policy Award celebrates the best of them. The aim of the award is to raise global awareness for these policies and speed up policy action,’ says Alexandra Wandel, Director of the World Future Council.