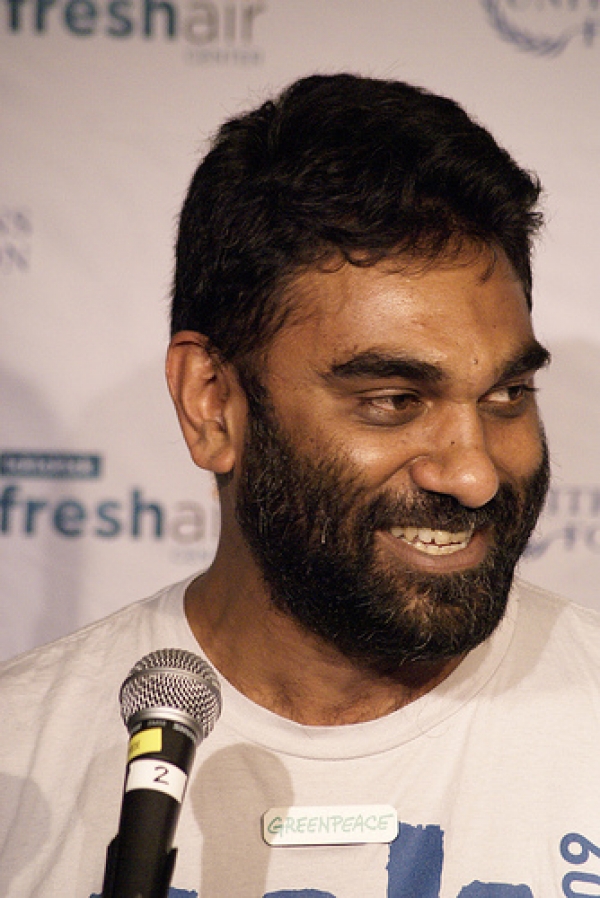 Naidoo became involved in South Africa`s liberation struggle at the age of 15. He played a leadership role in a national student protest against the apartheid education system and was forced into exile. During which time he was an Oxford Rhodes Scholar, earning a doctorate in political sociology. On his return to South Africa, he took up work with civil society. From 1998 to 2008, he was Secretary General and Chief Executive Officer of Johannesburg-based CIVICUS: World Alliance for Citizen Participation, which is dedicated to strengthening citizen action and civil society throughout the world. In 2003, he was appointed by the United Nations’ former Secretary General to the Eminent Persons Panel on UN Civil Society Relations.

Millions of people in danger

In 2005, he was one of the founders of Global Call to Action Against Poverty and is now the Co-Chair. The alliance has grown into a coalition of anti-poverty campaigners from over 100 countries engaging the public to maintain pressure on leaders to fulfil their promises on aid, trade, debt, climate change and gender equality. Mr Naidoo is currently Chair of the Global Campaign for Climate Action, of which Greenpeace is a member. He will be continuing his voluntary role, generating civil society pressure and cooperation to demand a strong deal at the Copenhagen Climate Summit

‘There can be no excuse for world leaders not to attend,’ he said about the Copenhagen Climate Summit. ‘The summit provides an opportunity for leaders to create a radical binding agreement, which will help avert climate change and its disastrous consequences for society, plant and animal life.

Leaders need to set aside petty differences and short term political self interest. They must embrace the common goal of averting climate chaos, which means placing the world on a more sustainable and equitable pathway. Today, they have a choice to agree to work together for a green and peaceful future or instead to squander the opportunity and place the fate of hundreds of millions of people in danger.’

Kumi Naidoo admires the way Greenpeace operates. He acknowledges that the mix of pragmatism and passion really gets things done and effects real change in the world. ‘I believe that Greenpeace is one of the most precious assets the global community possesses, and plays a critical part in reversing the current fatal trajectory of our planet.`