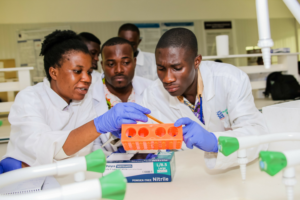 Africa’s story has for many years been recorded by those who did not speak her languages, know her legends or count their families among her people. Inasmuch as our past influences our future direction, the African story can too be easily delineated by experts who cannot fully understand the needs and peculiarities of communities on the continent.

Africa requires environmental science and solutions that speak to its own traditions, cultural mores and preservation. We need African researchers to help us take ownership of our future. In the current conservation and sustainability crisis we face, if Africa is to have a future, it needs to belong to us.

Local research is required to drive sustainability and prosperity in Africa, and we must encourage African scientists to tackle the conservation solutions we require. There are some notable success stories in using this approach.

Cast your mind back to draughtsman Aubrey Kruger, who in the ’60s invented dolosse, the complex geometric concrete shapes that now preserve the coastline of East London. Or the JoJo tank, a water tank that is hygienic and easily portable. These are African solutions specifically invented to address the local needs around water infrastructure and sanitation. Smartlock safety syringes, invented by South African scientists in the ’90s, provide protection against needlestick injuries – solving the problem of Ebola, Hepatitis and HIV contamination. 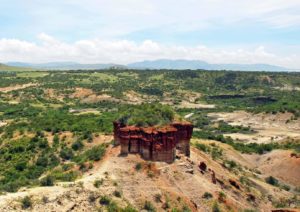 Oldupai Gorge in Tanzania is one of the most important paleoanthropological sites in the world. It has proven invaluable in furthering understanding of early human evolution as some of the earliest hominins are believed to have evolved from there. Image: Wikipedia

On the more academic side, African archaeology, palaeontology and bioinformatics have enlightened the world about the origin story of humankind. Excavations at the Sterkfontein caves, as well as the late-Devonian tetrapod fossils found in Grahamstown most recently, have reminded us of our common ancestors – highlighting that there is more about humans that is the same than there is evidence of us being different. These findings have the potential for massive social impact.

Historically, Africa’s natural abundance has attracted exploitation for hundreds of years, ironically leaving her indigenous people bereft of their physical resources and the traditional knowledge of how to maintain them. Notable ichthyologist Professor Mike Bruton has for many years pointed out that in his field, for instance, conservation and fishing practises in Africa are meant to work together. The problem is that local traditional fishing methods are not being passed on to younger generations. In one instance, foreign donated mosquito nets started being used to catch fish.

“They were ruthlessly effective because of their fine mesh, but they were also treated with insecticide, making them poisonous and damaging the resource,” he said.

Prof Bruton points out, however, that you cannot blame a fisherman for trying to get their hands on the most effective, modern gear available to them – this is their livelihood, after all. But we need to realise that sustainability in Africa should take lessons from the people who have lived and farmed and hunted there for centuries. “People in Africa should recognise the value of indigenous knowledge systems, and the way in which they’ve been used sustainably over the years to harvest natural resources.” 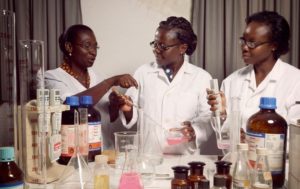 Each environment requires its own answers to conservation. Because no two biomes are exactly alike, we must be able to hyper-localise our interventions. But we cannot know exactly what impact which intervention will have unless we have the research to inform our next moves – environmental science that is informed by deep local understanding, experience and knowledge. There is precedent for this.

In recent years, we have seen popular culture move towards more responsible consumerism, for instance. The local-food movement was closely followed by an increased desire for seasonal produce. In a sense, this rejection of unsustainable factory farming and impersonal land use made sustainability as a concept far sexier than it has ever been. The desirability of organic, seasonal, local ingredients is a boon for local farmers and drives communities’ interest in their own health, economies and protection.

The principle should be extended to science, education and research on ecology, conservation and biodiversity. Let’s recognise the value of this trend that makes our local habitats valued and safeguarded in favour of mass-produced imports and profits made from selling the rights to the same. 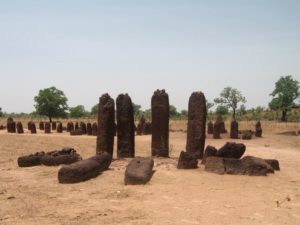 The Senegambia Stone Circles are one of Africa’s most significant archaeological discoveries. Image: Wikipedia

There is, of course, the question of economy. It has been said that conservation and sustainability are lofty ideals that conveniently skip over the more immediate problems of health and food security that most Africans face every day. But the immediacy of the need to feed, shelter and water our families is the very thing that should drive each of us to be interested in preserving our natural resources – so that our children and grandchildren can continue to thrive.

We have a vested interest in African-driven research and conservation efforts; it is our own communities who stand to gain the most if we support local research to suit our unique ecology and biodiversity. Let’s harness our spirit of invention for the benefit of Africa. Let the rest of the world follow us as we create solutions for Africa, by Africans.

By Dr Duncan MacFadyen, zoologist, entomologist and the Head of Conservation Research at Oppenheimer Generations.

Oppenheimer Generations will host the 10th Oppenheimer Research Conference from 01-03 October 2019 in Midrand.