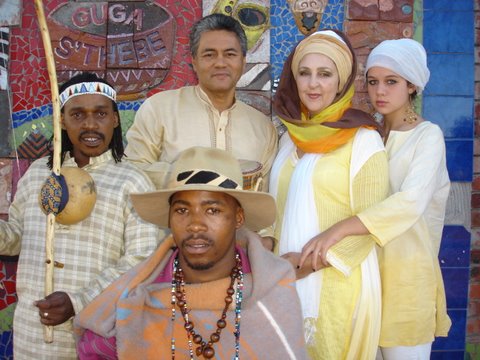 A new song about Climate Change, called Bring Back the Life was launched yesterday by our local band Desert Rose.

The song was composed by to drive and promote Fasting for Climate Change. It draws on ancient wisdom and cultures as it speaks about the suffering of millions of innocent people and the need to return to the ancient philosphy of aligning our economy to preserve the natural resources of the Earth instead of continuing the self-destructive path driven by materialism and corporate greed.
Desert Rose was part of an international interfaith campaign at COP19 in Warsaw, Poland in November 2013.

They believe that the use of music composed with pure intention is necessary in the campaign to communicate the need for unified compassion and promotion of common humanity in addressing the challenges faced by Climate Change. The new song was released on 11 June 2014.

For more on Desert Rose and their music visit www.desertrose.co.za.