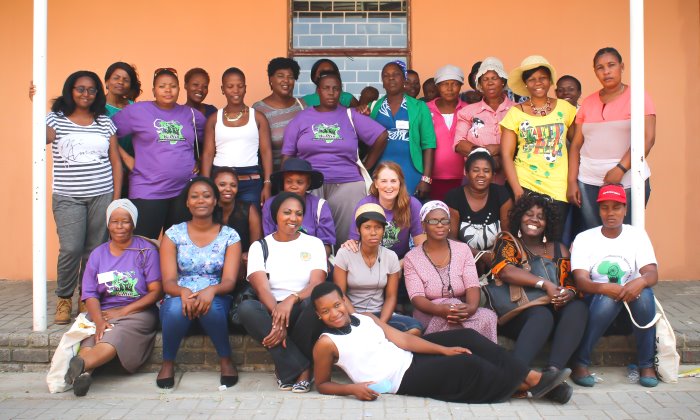 Women, grassroots activists and leaders recently gathered in Johannesburg for a Southern African exchange on “Women stand their ground against Big Coal”.

These are the conclusions of more than fifty women, grassroots activists and leaders who gathered through a Southern African exchange Women stand their ground against Big Coal in Johannesburg between 19 and 24 January 2015.

Coal is the fastest growing fossil fuel and the single largest contributor (40 percent) to carbon emissions which cause climate change. Globally, South Africa is the 7th largest coal producer and the biggest producer in Africa with the Richards Bay Coal Terminal being the largest coal terminal in the world.

Throughout the world and looking specifically at the African region, working class and peasant women shoulder the burden of the negative impacts of coal extraction, transportation, processing and combustion.

Women are the ones who grow and put food on the table. And so when lands are stolen and polluted they are the ones that must build new survivalist livelihood strategies and work harder to exact minimal yields from the soil. When water supplies are polluted, they are the ones that must walk for hours in search of safe water supplies. And when their family members fall ill from their work in the Coal industry or from breathing polluted air it is women that must work long hours to nurse them back to health or death.

These are the invisible costs displaced from the Coal mines and industries to poor women and their families. 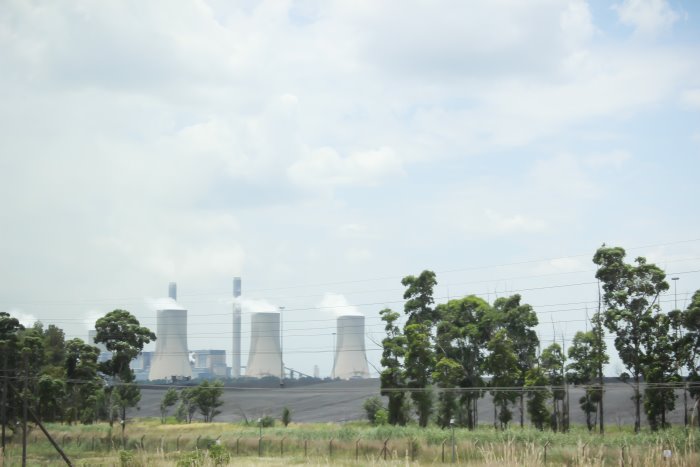 The week-long exchange saw participants visit various communities in KwaZulu-Natal (Somkhele and Fuleni communities), Mpumalanga (various communities in Witbank and Carolina) and the Vaal Triangle in Gauteng. The field trips represented an important opportunity for women to tell their stories, interchange experiences, offer solidarity and hope, and share practical ideas for how women could be mobilising locally.

Encouragingly at the end of the exchange programme, participants reported that they felt less isolated and alone, that they had deepened understanding of their problems and their roots in Big Coal, and that they were ready to go back and strengthen their struggles at home. Women resolved to fight back by organising women in communities, building wider alliances, taking legal action and mounting campaigns against corporates that are polluting environments and creating devastating social impacts for women and communities.

Nonhlanhla Mgomezulu from the Highveld Environmental Justice Network said, “We have now consulted with the Msukaligwa municipality to stop illegal mining activities in our area as people are being injured and dying doing this dangerous work. We’re also visiting local schools to engage with the youth to educate them about some of these issues such as water pollution due to coal mining activity in our area which is negatively impacting our communities, especially women.” 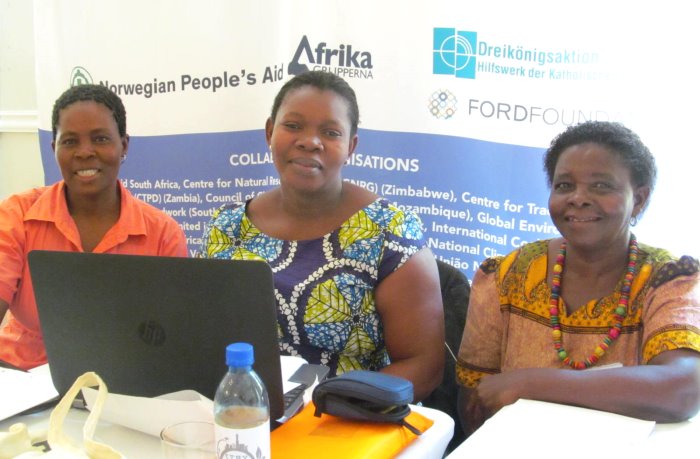 WoMin, the convenors of ‘Women stand their ground’, have also committed to work with others to strengthen a regional movement of women’s rights and extractive organisations fighting coal and other fossil fuels and working to defend the planet.

Women  stand at interface between human beings and the planet

Samantha Hargreaves of WoMin said “Peasant and working class women across Africa stand at the interface between human beings and the planet. They are the ones that defend and manage the natural resources upon which the livelihoods of hundreds of millions of Africans depend, they are the ones that heal ecosystems, and they are the ones that take care of humanity. Yet their perspectives and their work is invisible, unsupported and undervalued. If we are to save the planet, women’s voices and development needs must come to center stage.”

In February 2015, WoMin continues its regional movement-building work alongside the Alternative Mining Indaba in Cape Town (9-12 February), where it will, with Women from Mining Affected Communities United in Action (WAMUA) and UN Women, convene a panel on women’s alternatives to destructive natural resource extraction.

WoMin is a regional feminist alliance which unifies African women in the fight against resource extraction which destroys land, ecosystems, livelihoods and lives. WoMin seeks to advance alternatives from the perspective of the majority of Africa’s citizens – peasant and working class women – for a just equitable, non-destructive, women-centred and African development agenda.