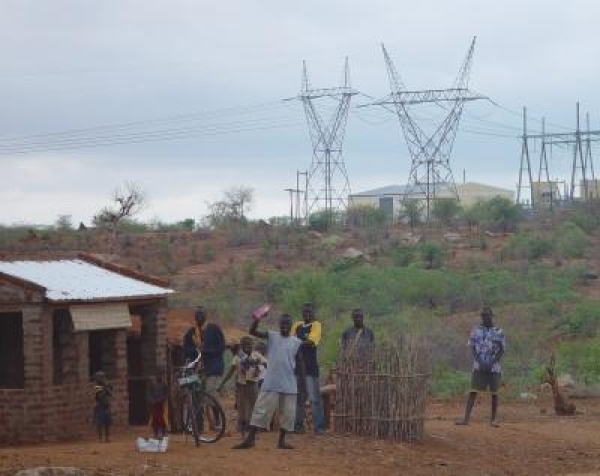 The Conference of Energy Ministers in Africa – a two-year old institution recognized by the African Union and donors as the official voice of Africa’s energy future – recently met for the second time and released a new declaration that can fairly be called double-speak. The first half of the declaration is so great, it could have been written by a Nelson Mandela of energy. It outlines the brutal reality of Africa’s energy poverty and the goals for universal access to sustainable energy across Africa by 2030.

So why are the energy ministers calling for projects set to benefit one of the world’s wealthiest corporations rather than the continent’s own citizens? At the top of the plan’s $19 billion list of 14 ‘Priority Projects’ is Inga 3, a hydropower mega-project that would power a massive aluminum smelter to be built by BHP Billiton.

Also included are the second phase of the notoriously corrupt Lesotho Highlands Water Project (not really an energy project at all, unless you count that a lot of its water will be used to cool dirty coal plants in South Africa), and the contentious Mphanda Nkuwa mega-dam in Mozambique, a country where three times more electricity is consumed by a BHP Billiton aluminum smelter than by Mozambicans. Billions more dollars on this list are allocated to long-distance power lines that will literally pass over thousands of African villages that will likely have to wait decades to be electrified.

These types of mega-projects do not alleviate energy poverty. Instead, these high-priced mega-projects attract corruption and corporate exploitation. They are part of a power sector which depends on, and reinforces, Africa’s centralized and opaque political systems. The electricity produced attracts profit-seeking, energy-intensive industries that receive lucrative tax holidays while creating an underwhelming number of jobs.

Not learning from the past

Meanwhile, there is no consequence from the mishaps of earlier power projects to the big budgets of future plans. Energy ministers are licking their lips over Inga 3, yet no one is asking about the massive cost overruns, corruption charges and years of delays of the Inga 2 Dam rehabilitation (learn more in our factsheet, Congo’s Energy Divide). And finally, increasing African dependence on hydropower in a time of climate change is risky business (the continent is already beset with drought-caused blackouts) that will also make it harder for the poor to adapt to a warming world.

What’s wrong with the plan?

Despite all the declaration’s rhetoric for ‘sustainable energy’, the high-voltage action plan:

Some of the most egregious actions include:

The concern is not the priority projects’ $19 billion price tag. In fact, the World Bank has calculated that Africa’s energy sector requires $41 billion annually to achieve sustainable energy goals.  The concern is that this top-down plan only gives a price tag to these controversial mega-projects, implying that the concrete planning of these projects are further along. It leaves one to wonder: where are the priority projects to tackle Africa’s energy poverty, and what is the price tag?

Here are my top four priorities for a counter-plan for a pro-poor energy future for Africa:

Pro-poor criteria: From the years that I’ve read, analyzed and observed the African energy sector, here are a few things to keep in mind: most Africans live in rural areas and will continue to outnumber their urban cousins for at least 20 more years. African economies depend heavily on small-scale farmers, so energy services that support small and medium agricultural production are vital. Africa is extremely vulnerable to the impacts of climate change, and an energy future should build resilience to climate change, not increase vulnerability. Unemployment in Africa is a time bomb; Africa’s energy future needs to maximize job creation.

The energy sector is not an end in itself, but should be a foundation that enables the development of Africa and the self-determination of Africans.

Energy investments and spending should be based on projects and an energy sector which considers pro-poor criteria:

Holistic basket of energy goods: African energy sectors have long focused on centralized electricity grids, but electricity is often not the most efficient energy form for cooking, heating, and agricultural productivity, or cost-effective way to reach rural areas. African power sectors that have adopted programs or departments on rural energy have often marginalized those programs with little political say or financial resources.

Closed doors and corruption are systemic problems which have long tightened the screw on Africa’s maldevelopment. Those in the business of energy mega-projects benefit from the closed door system and help to reinforce it. Public scrutiny is the strongest antidote to slow down corruption and redirect future planning in a positive way.  Strengthening and expanding Africa’s power grids will continue to receive a sizable allocation of spending for a sustainable energy future.

To strengthen the returns on investment, the transparency and accountability of the power sector must be dramatically increased. Increased accountability will lead to power systems with better physical maintenance and fiscal governance, and a greater chance of  reducing energy poverty as a result. Greater accountability will also help weed out problem projects, make big projects more effective, and give more room for the inclusion of smaller and medium sized power project options which are better suited for building local economies, spreading the electricity wealth, and enabling accountability to citizens.

The declaration says that it will work in partnership with key stakeholders including business and development partners, but it doesn’t say anything about the most important stakeholders, the people of Africa. The critical link to solving this challenge is citizen power. African citizens will need to participate in planning their energy future. They will need to stand up to their politicians, their energy bureaucrats and their nation’s donors so that they can, one day, stand with them.