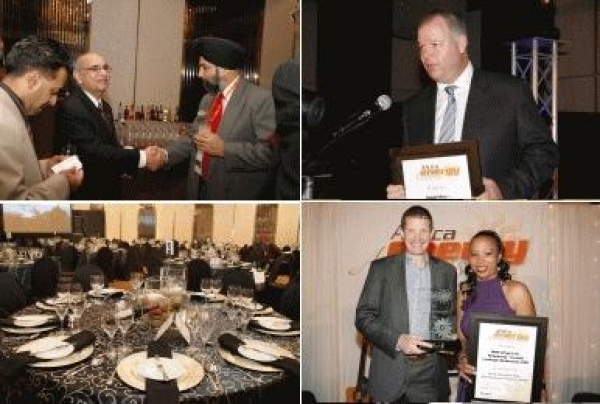 This prestigious event recognised and celebrated the leaders and innovators in Africa’s energy sector. The awards are designed to highlight the continued growth and success of energy projects in Africa and focus on awarding exceptional performers within the industry each year.

Winning an Africa Energy Award is seen as a recognisable standard of industry excellence.

The Programme for Basic Energy and Conservation (PROBec) won the award for Best Technology Provider for its work in ensuring that low-income population groups satisfy their energy requirements in a socially and environmentally sustainable manner. It targets rural and urban households, as well as small business and institutions using biomass energy (wood fuel, agricultural residues) for thermal processes.

Kuyasa Energy Efficiency Project is South Africa’s first internationally registered Clean Development Mechanism (CDM) project which aims to retrofit existing low-income houses with solar water heaters in order to provide hot water on demand, insulated ceilings to improve the thermal efficiency of the household units and two compact fluorescent light bulbs (CFLs) each to provide energy efficient lighting. The project won the award for the Best Demand Side Management Project and is a pilot for the energy-adaptation of South African low-cost housing.

NamPower is the national power utility of Namibia and specialises in the generation and transmission of electricity. The utility won the award for the Best Fast Track Power Project for its construction of the Caprivi Link HVDC Interconnector, located in Namibia, which was completed in June 2010. The monopole scheme interconnects the electricity networks of Namibia and Zambia, and is an important regional interconnection in the Southern African Power Pool. 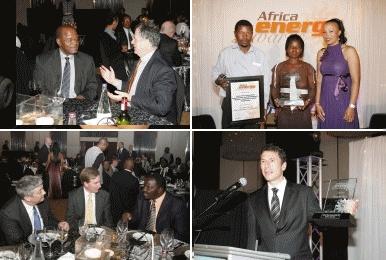 The SCAF helps to provide entrepreneurs with the enterprise development services and early stage risk capital they need to develop clean energy businesses and projects; increase the scale and scope of renewable energy investment opportunities available to commercial financiers; and increase capital mobilisation into the clean energy seed finance sector.

InfraCo is a publicly funded, but privately managed, infrastructure development company financed by European Governments and the World Bank. The organisation won the award for the Best Renewable Project in Africa for its Cabeolica Project in the Cape Verde Islands. Cape Verde is currently almost entirely reliant on imported fuel oil for electricity generation and has among the highest electricity generation costs in Sub-Saharan Africa.

Helen Tarnoy won the Africa Energy Award for Africa’s leading energy personality. Helen is one of the two founders and now Managing Director of Aldwych International with over ten years’ experience of negotiating project-financed transactions in an African context. Through Aldwych International Helen continues to strive to make a contribution by reducing the acute shortfall of power generation in Africa.

Inti Solar supplies solar lighting and solar geysers for a variety of commercial, residential, RDP and affordable housing applications. The company won the award for Best Rural Electrification Project for its work in recruiting and training local community members in how to install solar water geysers and solar lighting in their communities. The company is also involved in securing funding, and alternative energy grants for the indigent market. 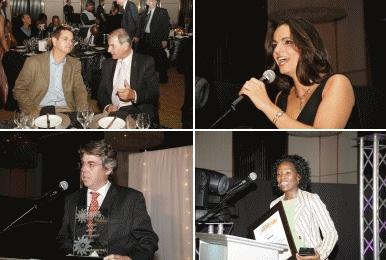 Her organisation, the Daasgift Quality Foundation (DQF), is the only organisation in Ghana that is partnering with E&Co to provide energy end user financing to poor households and off-grid communities in the region.

A special mention was made of the KenGen MW NGONG WIND PROJECT, which received an excellence award.

Overall, the fourth annual Africa Energy Awards succeeded in highlighting the exceptional work and innovative projects being pursued in energy on the African continent. The awards ceremony was organised by Terrapinn and was hosted by Mark Pilgrim.