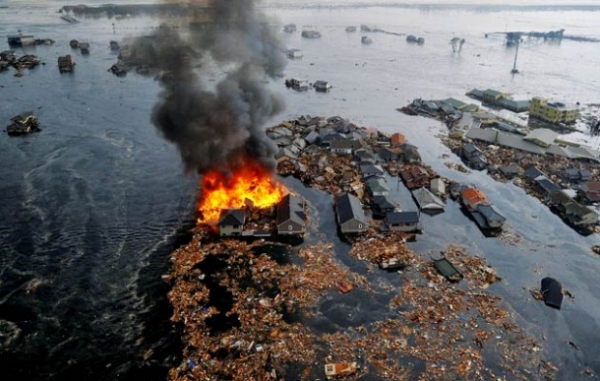 Fukushima in the wake of the Tsunami, March 2011. Image: Fukushima – A Nuclear War without a War

The nuclear power industry has been resurrected over the past decade by a lobbying campaign that has left many people believing it to be a clean, green, emission-free alternative to fossil fuels. These beliefs pose an extraordinary threat to global public health and encourage a major financial drain on national economies and taxpayers, says Dr.Helen Caldicott, an Australian paediatritian.

The commitment to nuclear power as an environmentally safe energy source has also stifled the mass development of alternative technologies that are far cheaper, safer and almost emission free — the future for global energy.

When the Fukushima Daiichi reactors suffered meltdowns in March last year, literally in the backyard of an unsuspecting public, the stark reality that the risks of nuclear power far outweigh any benefits should have become clear to the world. As the old quip states, “Nuclear power is one hell of a way to boil water.”

Instead, the nuclear industry has used the disaster to increase its already extensive lobbying efforts. A few nations vowed to phase out nuclear energy after the disaster. But many others have remained steadfast in their commitment. That has left millions of innocent people unaware that they — all of us — may face a medical catastrophe beyond all proportions in the wake of Fukushima and through the continued widespread use of nuclear energy.

The world was warned of the dangers of nuclear accidents 25 years ago, when Chernobyl exploded and lofted radioactive poisons into the atmosphere. Those poisons “rained out,” creating hot spots over the Northern Hemisphere. Research by scientists in Eastern Europe, collected and published by the New York Academy of Sciences, estimates that 40 percent of the European land mass is now contaminated with cesium 137 and other radioactive poisons that will concentrate in food for hundreds to thousands of years. Wide areas of Asia — from Turkey to China — the United Arab Emirates, North Africa and North America are also contaminated. Nearly 200 million people remain exposed.

That research estimated that by now close to 1 million people have died of causes linked to the Chernobyl disaster. They perished from cancers, congenital deformities, immune deficiencies, infections, cardiovascular diseases, endocrine abnormalities and radiation-induced factors that increased infant mortality. Studies in Belarus found that in 2000, 14 years after the Chernobyl disaster, fewer than 20 percent of children were considered “practically healthy,” compared to 90 percent before Chernobyl.

Now, Fukushima has been called the second-worst nuclear disaster after Chernobyl. Much is still uncertain about the long-term consequences. Fukushima may well be on par with or even far exceed Chernobyl in terms of the effects on public health, as new information becomes available. The crisis is ongoing; the plant remains unstable and radiation emissions continue into the air and water. 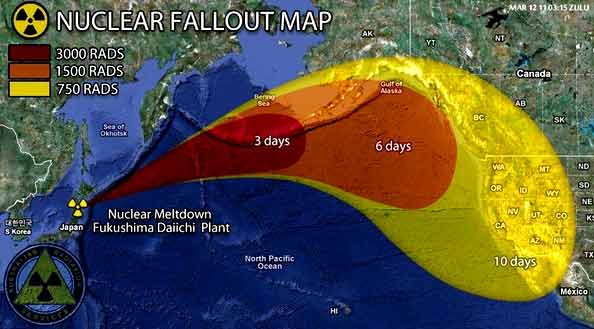 The spread of radiation, March 2011

Recent monitoring by citizens groups, international organizations and the U.S. government have found dangerous hot spots in Tokyo and other areas. The Japanese government, meanwhile, in late September lifted evacuation advisories for some areas near the damaged plant — even though high levels of radiation remained. The government estimated that it will spend at least $13 billion to clean up contamination.

Many thousands of people continue to inhabit areas that are highly contaminated, particularly northwest of Fukushima. Radioactive elements have been deposited throughout northern Japan, found in tap water in Tokyo and concentrated in tea, beef, rice and other food. In one of the few studies on human contamination in the months following the accident, over half of the more than 1,000 children whose thyroids were monitored in Fukushima City were found to be contaminated with iodine 131 — condemning many to thyroid cancer years from now.

Children are innately sensitive to the carcinogenic effects of radiation, fetuses even more so. Like Chernobyl, the accident at Fukushima is of global proportions. Unusual levels of radiation have been discovered in British Columbia, along the West Coast and East Coast of the United States and in Europe, and heavy contamination has been found in oceanic waters.

Fukushima is classified as a grade 7 accident on the International Atomic Energy Agency scale — denoting “widespread health and environmental effects.” That is the same severity as Chernobyl, the only other grade 7 accident in history, but there is no higher number on the agency’s scale.

After the accident, lobbying groups touted improved safety at nuclear installations globally. In Japan, the Tokyo Electric Power Co. — which operates the Fukushima Daiichi reactors — and the government have sought to control the reporting of negative stories via telecom companies and Internet service providers.

In Britain, The Guardian reported that days after the tsunami, companies with interests in nuclear power — Areva, EDF Energy and Westinghouse — worked with the government to downplay the accident, fearing setbacks on plans for new nuclear power plants.

Nuclear power has always been the nefarious Trojan horse for the weapons industry, and effective publicity campaigns are a hallmark of both industries. The concept of nuclear electricity was conceived in the early 1950s as a way to make the public more comfortable with the U.S. development of nuclear weapons. “The atomic bomb will be accepted far more readily if at the same time atomic energy is being used for constructive ends,” a consultant to the Defense Department Psychological Strategy Board, Stefan Possony, suggested. The phrase “Atoms for Peace” was popularized by President Dwight Eisenhower in the early 1950s.

Nuclear power and nuclear weapons are one and the same technology. A 1,000 megawatt nuclear reactor generates 600 pounds or so of plutonium per year: An atomic bomb requires a fraction of that amount for fuel, and plutonium remains radioactive for 250,000 years. Therefore every country with a nuclear power plant also has a bomb factory with unlimited potential.The nuclear power industry sets an unforgivable precedent by exporting nuclear technology — bomb factories — to dozens of non-nuclear nations.

Why is nuclear power still viable, after we’ve witnessed catastrophic accidents, enormous financial outlays, weapons proliferation and nuclear-waste induced epidemics of cancers and genetic disease for generations to come? Simply put, many government and other officials believe the nuclear industry mantra: safe, clean and green. And the public is not educated on the issue.

There are some signs of change. Germany will phase out nuclear power by 2022. Italy and Switzerland have decided against it, and anti-nuclear advocates in Japan have gained traction. China remains cautious on nuclear power. Yet the nuclear enthusiasm of the U.S., Britain, Russia and Canada continues unabated. The industry, meanwhile, has promoted new modular and “advanced” reactors as better alternatives to traditional reactors. They are, however, subject to the very same risks — accidents, terrorist attacks, human error — as the traditional reactors. Many also create fissile material for bombs as well as the legacy of radioactive waste. 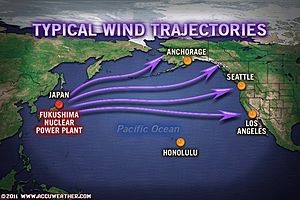 True green, clean, nearly emission-free solutions exist for providing energy. They lie in a combination of conservation and renewable energy sources, mainly wind, solar and geothermal, hydropower plants, and biomass from algae. A smart-grid could integrate consuming and producing devices, allowing flexible operation of household appliances. The problem of intermittent power can be solved by storing energy using available technologies.

Millions of jobs can be created by replacing nuclear power with nationally integrated, renewable energy systems. In the U.S. alone, the project could be paid for by the $180 billion currently allocated for nuclear weapons programs over the next decade. There would be no need for new weapons if the Russian and U.S. nuclear arsenals — 95 percent of the estimated 20,500 nuclear weapons globally — were abolished.

Nuclear advocates often paint those who oppose them as Luddites who are afraid of, or don’t understand, technology, or as hysterics who exaggerate the dangers of nuclear power.

One might recall the sustained attack over many decades by the tobacco industry upon the medical profession, a profession that revealed the grave health dangers induced by smoking.

Morbidity and mortality to all

Smoking, broadly speaking, only kills the smoker. Nuclear power bequeaths morbidity and mortality — epidemics of disease — to all future generations.

The millions of lives lost to smoking in the era before the health risks of cigarettes were widely exposed will be minuscule compared to the medical catastrophe we face through the continued use of nuclear power.

Let’s use this extraordinary moment to convince governments and others to move toward a nuclear-free world. Let’s prove that informed democracies will behave in a responsible fashion.

Dr. Caldicott, a pediatrician, is founding president of Physicians for Social Responsibility. A native of Australia, she left her Harvard Medical School post in 1980 to work full-time on anti-nuclear education. She is a frequent contributor to Global Research.