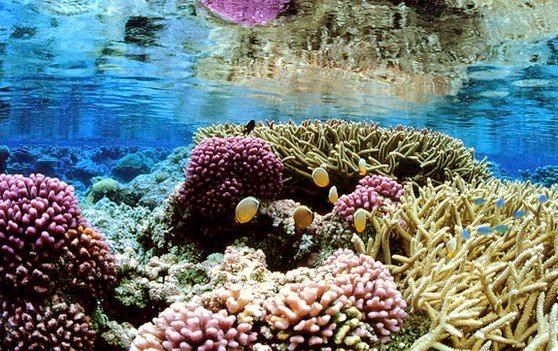 “The focus of the world is on the ocean dynamics around South Africa and between us and the Antarctic for several reasons,” said Environmental Affairs Minister Edna Molewa at the Cape Town launch of the annual National Marine Week Campaign.

During this week the Department aims to create awareness about the marine environment and inter-connectivity of oceans with the rest of inland South Africa.

Through the campaign, the department promotes sustainable use and conservation of marine resources for the benefit of present and future generations.

“The role of the oceans has always been to keep the Earth System in balance and it has done so for an exceptionally long time. Yet the true opportunities that the oceans can offer remain mostly unexplored, hence the mystery,” the department said.

It is for that reason that the theme for this year’s National Marine Week campaign is “Oceans 70/20: Decoding Mysteries, Optimising Opportunities”.

The “70” signifies the fact that more than 70% of the Earth’s surface is covered by the oceans, while the “20” talks to what our government has achieved over the last 20 years of freedom and democracy.

Aims for the next 2o years

In addition, the “20” further talks about what government would like to achieve in the country’s ocean space in the forthcoming 20 years.

Speaking at the launch, Minister Molewa highlighted that “the focus of the world is on the ocean dynamics around South Africa and between us and the Antarctic for several reasons. The west coast has a cold and productive fishery area, one of only four such major systems in the world.”

South coast only place in world where two systemrs interact

She said the east coast has a warm and a biodiversity-rich environment, whereas the south coast is the only place in the world where two such systems meet and interact with each other, giving rise to a unique blend of oceanography, biodiversity and environment.

“It is therefore befitting to say that South Africa is a ‘Special Place at a Special Time’,” the Minister said.

South Africa, through the department, together with other relevant government departments, universities and science intuitions, conducts several scientific researches in the Southern Ocean around Antarctica.

Research amongst more undiscovered areas in the world

However, these areas are amongst the most undiscovered areas in the world and yet dictate climatic conditions for almost the entire globe.

“As the only African nation exploring the ocean and the ice continent, we must use our position to leverage the international community in order to support and encourage our neighbours and other African countries to take an interest,” said Minister Molewa.

Members of the public are invited to visit the department’s exhibition on marine science and research and a tour on South Africa’s polar supply and research vessel, the SA Agulhas II, on Saturday and Sunday.