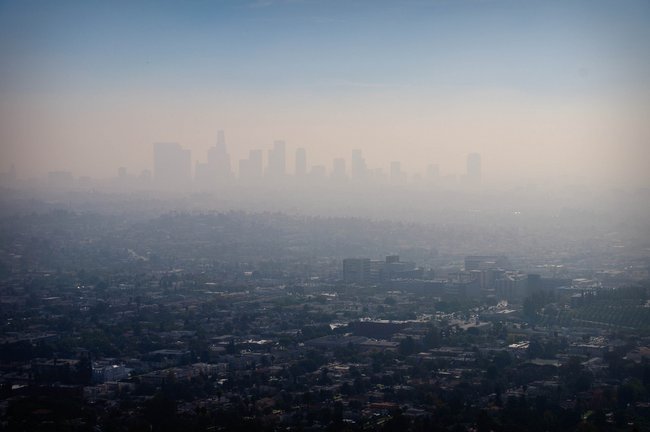 Air quality has been improving over time in many cities. For example, Los Angeles isn’t quite synonymous with smog the way it used to be… But unfortunately, while some places are getting better, others are getting worse, especially as a larger percentage of humanity is moving to urban areas every year.

How big a deal is this? Let’s just say that air pollution now kills more people every year than malaria and AIDS combined and that according to the World Health Organization (WHO), air pollution is now the world’s biggest environmental health risk with 7 million deaths per year.
The WHO has created a database that contains results of ambient (outdoor) air pollution monitoring from almost 1600 cities in 91 countries. The results are rather alarming.

Only 12% of the people living in cities that are reporting on air quality comply with WHO air quality guidelines. About 50% of the cities monitored have air pollution that is at least 2.5 times higher than the levels WHO considers safe. This is putting the people who are breathing this polluted air at greater risk of many health problems (asthma, cardio-vascular problems, lung cancer, etc).

Effective policies and strategies need to be implemented at sufficient scale

In many cities, the data shows things getting worse. The main factors are the usual suspects: fossil fuels, like coal plants and oil-powered vehicles, as well as biomass for cooking and heating.

“Too many urban centres today are so enveloped in dirty air that their skylines are invisible,” said Dr Flavia Bustreo, WHO Assistant Director-General for Family, Children and Women’s Health. “Not surprisingly, this air is dangerous to breathe. So a growing number of cities and communities worldwide are striving to better meet the needs of their residents – in particular children and the elderly.” 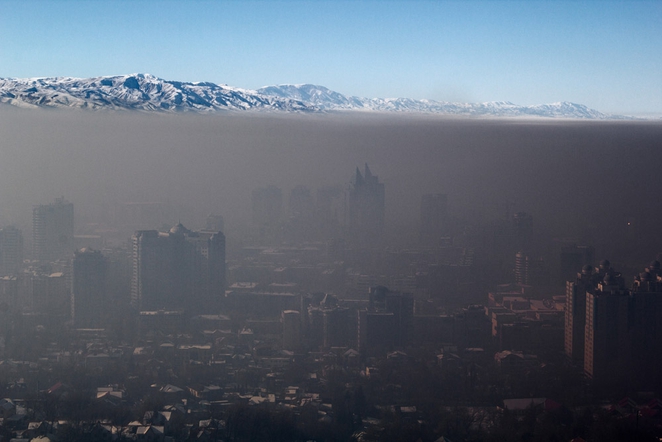 “We can win the fight against air pollution and reduce the number of people suffering from respiratory and heart disease, as well as lung cancer,” said Dr Maria Neira, WHO Director for Public Health, Environmental and Social Determinants of Health.

“Effective policies and strategies are well understood, but they need to be implemented at sufficient scale.  Cities such as Copenhagen and Bogotà, for example, have improved air quality by promoting ‘active transport’ and prioritizing dedicated networks of urban public transport, walking and cycling.”

What are some solutions?

These solutions are all things we are aware of :  More energy efficient buildings that require less energy to heat and cool, designing cities to encourage walking, biking, public transit (especially if electric), encouraging hybrid and plug-in vehicles that have very low or zero tailpipe emissions, planting more trees and plants that clean up the air, cleaning up the power grid and shutting down coal plants, etc.