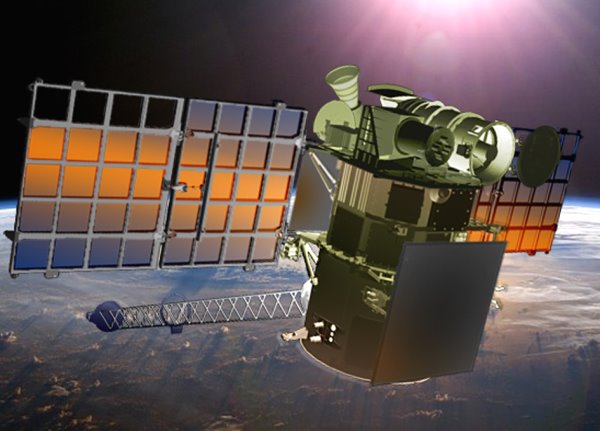 After nearly 14 years in limbo, an Earth-monitoring spacecraft built by NASA is finally set to fly.

The Deep Space Climate Observatory (DSCOVR), scheduled to launch as soon as January 29, will constantly observe Earth’s sunlit side from a distance of 1.5 million kilometres. It will track daily weather patterns and seasonal vegetation changes, monitor atmospheric pollution and make the most precise measurements yet of how much energy Earth throws out into space—crucial data for the improvement of global climate models.

DSCOVR’s resurrection is thanks to renewed interest in what was originally its secondary mission: monitoring space weather. From a point between the Sun and Earth at which the bodies’ gravitational pulls cancel out, the probe will be able to detect approaching solar storms—bursts of charged particles and powerful radiation that pose a threat to astronauts, orbiting satellites and power grids on the ground. Such storms are of interest to the US Air Force, which is funding the satellite’s launch, and the National Oceanic and Atmospheric Administration (NOAA), which will operate it.

DSCOVR was the brainchild of former US vice-president Al Gore. He imagined a probe that would beam down a live image of Earth’s illuminated side that could be available online. Just as the famous ‘blue marble’ image of Earth taken by the Apollo 17 crew had inspired people, Gore said in 1998 that DSCOVR would “awaken a new generation to the environment and educate millions of children around the globe”.

To Gore’s critics in Congress—particularly Republicans sceptical of his environmental advocacy—those were fighting words. The mission was nothing more than “a multi-million-dollar screen saver”, said representative Dave Weldon (Republican, Florida). It acquired the unflattering nickname ‘GoreSat’.

“The worst thing that can happen to science is to get mixed up in politics,” says Francisco Valero, a retired climate scientist who was at the Scripps Institution of Oceanography in La Jolla, California, and led the satellite’s original Earth-science team. “That is what happened to us.” 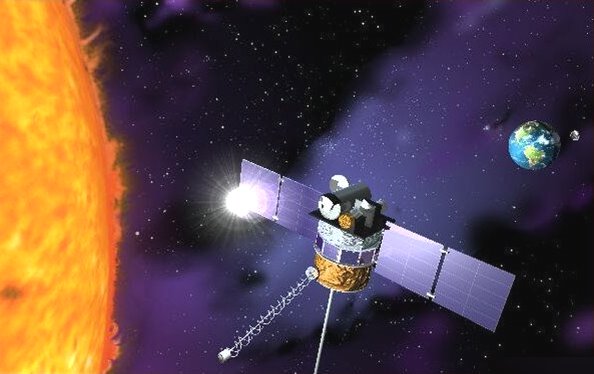 Although Gore intended the project to be mostly educational, NASA formulated a complementary science mission by soliciting proposals from the community. Valero’s winning pitch was a probe to measure how much radiation Earth reflects back into space, a crucial variable for untangling the web of processes that influence the planet’s climate. Clouds, for example, are a perennial conundrum for climate models because they both reflect incoming sunlight and trap outgoing heat. Valero proposed two instruments: a camera called EPIC to image clouds and other climate-influencing factors such as pollution, volcanic ash and seasonal vegetation; and a radiometer named NISTAR to measure the energy coming from Earth.

Current estimates of the planet’s energy balance rely on stitching together strips of data from orbiting satellites, but DSCOVR will observe the entire sunlit side of Earth. It should reduce errors in estimates of Earth’s radiation budget to 1.5% — a more-than-twofold improvement on present measures, says climate scientist Patrick Minnis of NASA’s Langley Research Center in Hampton, Virginia, who now leads this aspect of the mission.

It will not be the final word, says Adam Szabo, the mission’s project scientist at NASA’s Goddard Space Flight Center in Greenbelt, Maryland, but DSCOVR will be a big help to climate simulations. And it will partly fulfil Gore’s original vision by posting snapshots of Earth online every few hours.

Although it blew past its original US$50-million budget to roughly $100 million, DSCOVR was still built relatively quickly and cheaply. NASA completed construction in 2000, intending to launch the craft on the space shuttle.

In January 2001, George W. Bush became president after defeating Gore in a controversial election. Soon after, the mission was taken off NASA’s shuttle flight manifest. The official reason was that construction of the chronically delayed and over-budget International Space Station required a higher priority.

But that did not stop speculation about political motives. ‘Who killed DSCOVR?’ became something of a parlour game in space circles. Mitchell Anderson, a reporter for the climate website DeSmogBlog in Vancouver, Canada, cited an unnamed NASA source who said that Bush’s vice-president Dick Cheney had given the order; others suggest that it was the president himself.

In reality, the space shuttle’s crowded launch schedule was the biggest obstacle, says Ghassem Asrar, who was the head of NASA’s Earth-science division when the decision was made. But the project had become “tainted”, he adds, preventing public support from privately sympathetic politicians and from NASA itself. “It would be dishonest to say the politics of climate science wasn’t a factor. It was.”

In November 2001, with no launch slot in sight, Congress approved $1 million for DSCOVR to be put into storage at Goddard. And there it might have remained were it not for interest from space-weather forecasters at NOAA and in the Air Force. In 2008, they were looking to cheaply replace NASA’s ageing Advanced Composition Explorer, which had been informing forecasts from the same spot in space that DSCOVR was supposed to occupy. In October that year, Congress ordered NASA to come up with a plan for DSCOVR’s revival, and after a series of tests, it began funding NOAA to refurbish and operate the craft with $105 million over five years.

For Jay Herman, an atmospheric scientist at Goddard and EPIC instrument scientist, the delay has a silver lining: the refurbishment revealed a manufacturing defect in EPIC that would have let in stray light and potentially ruined its image of Earth. The delay allowed enough time to study the problem and correct for it. “So in some ways,” says Herman, “I’m very glad it did not fly 14 years ago. Because it might have been embarrassing.”