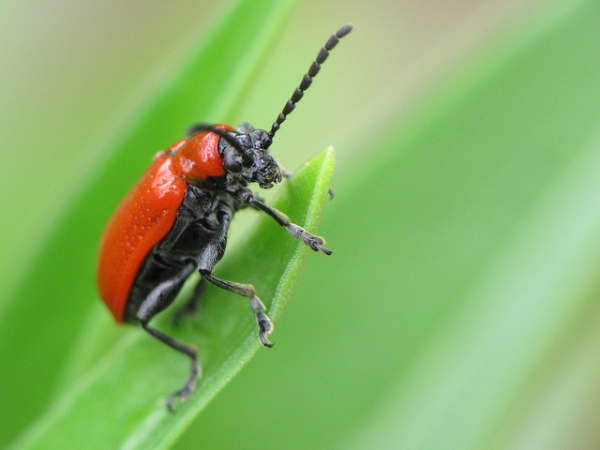 A Scarlet lily leaf beetle (Lilioceris lilii), an invasive alien pest of cultivated and native lilies, surveys the spread of food before him in the garden. Image: TGIQ / Flickr

South Africa’s regulating authorities need to improve their measures to prevent alien species which can become pests in the agricultural sector from crossing our borders and causing damage.

‘The statistics for the past 12 years tell me that introductions of alien insects are taking place at an alarming rate, which points to deficiencies in the regulatory procedures and constraints faced by the South African regulatory system,’ Prof Jan Giliomee, a research associate of the Department of Botany and Zoology at Stellenbosch University says in a recent article in African Entomology.

Giliomee has studied the trends and influences of pests in the agricultural sector for decades. ‘The rate at which these insects establish in a region gives an indication of the adequacy of phytosanitary procedures (procedures aimed at preventing the spread and introduction of pests),’ he explains. ‘We must know what comes into the country, how it happens and what the threat of invasive species can be.’

Over the years, the introduction and establishment of alien phytophagous insects (which feed on plants) have already been detrimental to agriculture, and now requires regular and costly crop protection measures which mostly include the spraying of broad-spectrum pesticides.

Others may cause significant ecological disturbances, such as the harlequin beetle with its indiscriminate predatory behaviour. This beetle causes economic damage because it feeds on fruit and it’s possible that wine might be tainted when they are harvested together with the grapes. It’s also inclined to bite humans.

‘Alien insects can have a major effect on current export programmes or impede requests for new market access, Giliomee believes, and cites the example of the Mediterranean black fig fly that was first recorded from South African figs in 2007.

He says the only cases where introduction of alien insects are of human and ecological benefit are biological control agents introduced to reduce the numbers of alien invasive weeds or pest insects.

‘Even then they may have unintended impacts on non-target organisms.’

Giliomee describes the rate at which potential insect pests are accidentally being introduced into South Africa as ‘disconcerting’. A rough calculation shows that about 60 species have been established here in the 350 years prior to 2000. These do not include pet insects and or insects that have been introduced for the biological control of pest insects and weeds.

‘However, if one arbitrarily uses the last 12 years as an indication of what is presently happening in this regard, it appears that at least 13 alien pest species new to South Africa established here fortuitously and that the rate of introduction is increasing,’ Prof Giliomee says.’This is also the case in Europe and the USA.’

Research shows that the main pathways or routes of insect invasions are as contaminants of a commodity that was imported, and stowaways on transport vectors, while some arrive unaided through natural range expansion.

Giliomee says it is clear that developments in international trade have not been accompanied by the development of effective strategies for excluding the accidental transport of exotic pests.

‘The question must be posed whether the present procedures for the importation of plant material and customs inspections in South Africa have kept pace with these trends and are still adequate in preventing the introduction of undesirable organisms into this country and its neighbours.’ 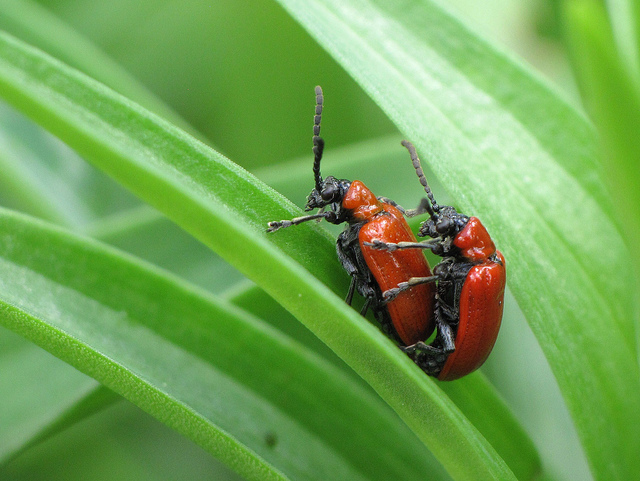 ‘No questions are asked of travelers entering South Africa about the possession of plant material, in contrast to Australia, for example, where incoming international travelers have to sign a declaration in this regard and have their baggage subjected to an X-ray scan,’€ he reveals.

This provides the ideal opportunity for unscrupulous growers who are tempted to circumvent the commendable stringent requirements of the Agricultural Pests Act (Act 36 of 1983) about the importation of planting material, to illegally bring in live plant material.

‘Often they then do not notice cryptic insects or sessile, dormant stages,’ he explains. ‘It thus appears that our quarantine services presently lack adequate capacity to properly police our ports of entry.’

‘Any alien insect that succeeds in reaching and establishing in South Africa is a cause for concern, especially if it is phytophagous and feeds on commercially important plants,’ Giliomee says.

‘It’s important that this should be detected early and documented so that the status of the insect as a pest can be assessed. Where necessary, the agricultural sector, trading partners and neighbouring countries should be alerted and consideration should be given to the possibility of eradication.’

Perhaps this is another motivation for us to support locally grown foods and products?