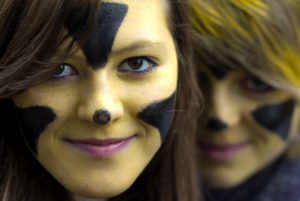 In a joint statement 50 laureates of the Right Livelihood Award and members of the World Future Council demanded a global nuclear phase out earlier this year.

“Nuclear power is neither the answer to modern energy problems nor a panacea for climate change challenges. There is no solution of problems by creating more problems, ” states the declaration issued by experts, activists, politicians, clergy, entrepreneurs and scientists from 26 countries.

A psychological and political challenge

“To get a grip on climate change and on nuclear threats is not a technological challenge. It is a psychological and political challenge,” says Jakob von Uekull, Founder of the Right Livelihood Award and the World Future Council. “With this declaration we want to demonstrate how strong the worldwide support for a global nuclear phase out is. We believe that a crisis can always be a chance for change.”

We extend our deepest sympathies to the people of Japan who have experienced a devastating earthquake and tsunami followed by severe damage to the Fukushima Daiichi Nuclear Power Station. We commend the brave individuals who are risking their lives to prevent the escape of massive amounts of radiation from the damaged nuclear reactors and spent fuel pools at Fukushima Daiichi.

The disaster in Japan has demonstrated once again the limits of human capability to keep dangerous technologies free from accidents with catastrophic results. Natural disasters combined with human error have proven a potent force for undermining even the best laid plans. Reliance on human perfection reflects a hubris that has led to other major failures of dangerous technologies in the past, and will do so in the future. What has occurred as a result of the confluence of natural disaster and human error in Japan could also be triggered purposefully by means of terrorism or acts of war.

A threat to our future as a species

In addition to accidental or purposeful destruction, nuclear power plants pose other threats to humanity and to the human future. The large amounts of radioactive wastes that are created by nuclear power generation will remain highly toxic for many times longer than human civilization has existed, and there is currently no long-term solution to dealing with the threats these radioactive wastes pose to the environment and human health.

Further, nuclear power plants, with their large societal subsidies, have diverted financial and human resources from the development of safe and reliable forms of renewable energy.

The spread of nuclear power plants will not only make the world more dangerous, but will make more difficult, if not impossible, the goal of a nuclear weapons-free world.

Not a solution to climate problems

Nuclear power is neither the answer to modern energy problems nor a panacea for climate change challenges. There is no solution of problems by creating more problems. Nuclear power doesn’t add up economically, environmentally or socially. Of all the energy options, nuclear is the most capital intensive to establish, decommissioning is prohibitively expensive and the financial burden continues long after the plant is closed.

The tragedy in Japan has raised global awareness of the extreme dangers that can result from nuclear power generation. Grave as these dangers are, however, they are not as great as those arising from the possession, threat and use of nuclear weapons – weapons that have the capacity to destroy civilization and end most life on the planet.

The conclusion we draw from the nuclear power plant accident in Japan is that the human community, acting for itself and as trustees for future generations, must exercise a far higher level of care globally in dealing with technologies capable of causing mass annihilation, and should phase out, abolish and replace such technologies with alternatives that do not threaten present and future generations. This applies to nuclear weapons as well as to nuclear power reactors.